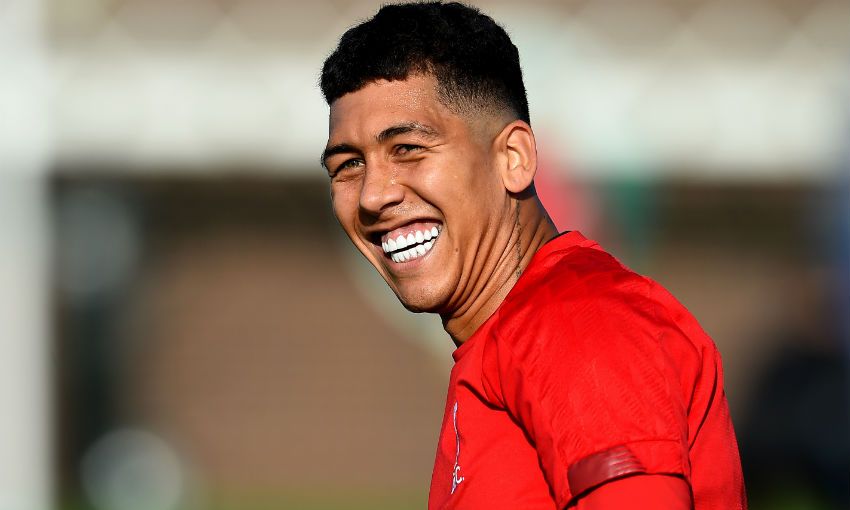 Firmino became the first Brazilian to reach 50 goals in the division by scoring emphatically while putting in a Man of the Match display in the Reds’ comprehensive 3-0 win at Burnley on Saturday.

The 27-year-old has started 2019-20 in superb form, netting twice and providing three assists across six appearances to help his side win the UEFA Super Cup and top the Premier League during the season’s first international break.

And Klopp has reiterated his admiration for the man he has previously described as the ‘engine’ of his team.

“Hopefully it stays like this, [him] hardly missing a game! He missed a few and that was not too cool, but Bobby - what can I say about him that not everybody knows already?” the boss told Liverpoolfc.com.

“He’s an incredibly important player. He enjoys it so much to play in this team, to be really there with all these super guys around him.

“That’s what helps him then, of course: if you have the speed around you, you can be this little cheeky guy in between the lines, being there and scoring the goals. Yeah, he’s a very valuable player for us.”

Firmino’s unerring 20-yard finish crowned a hugely impressive collective performance by Liverpool at Turf Moor, with Klopp labelling the showing their most complete against the Clarets since he arrived at Anfield.

“The game was the best we played so far against Burnley. I think my first game at Burnley we lost 2-0 if I’m right, I was obviously not ready for this kind of football or style,” the manager said.

“That [Saturday] was the best second-ball game we played since I am in England because we reacted so well on the long balls from Pope. It’s always 50-50 situations, like 50-50, 50-50 all the time and you cannot be always the better side in 50-50 situations, there is luck involved.

“They have a clear plan and fulfil that: passing the ball back and then one touch, in behind. That’s a really-difficult-to-defend situation, but the last line were completely awake the whole afternoon and so often Burnley was then offside, so they did really well.

“[We] scored the goals in the right moment and then after the game it looks then more comfortable than it felt over 75 minutes. They are always in the game. We needed a bit of luck with the first goal, the second and third goals were brilliant football.

“Defensively, winning the ball and offensively counter-attacking and being around and being there and being clinical – just class.

“I think they had two chances, I think the first one was offside I heard meanwhile, and then the second one Adrian stayed calm [and] he was really happy about the clean sheet! So that’s all good and [it was] well deserved and I’m really happy.”