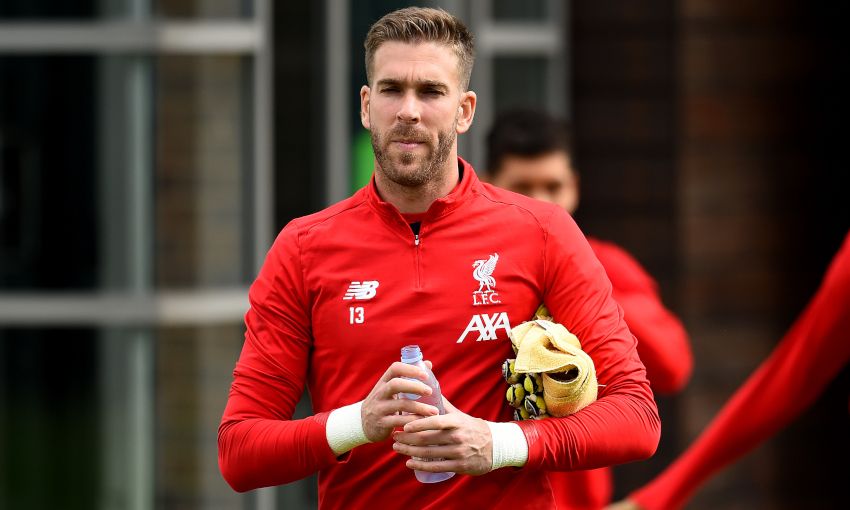 Adrian undertook extra sessions at Melwood last week to ensure he is 100 per cent ready to help Liverpool continue 'living a great moment'.

Since stepping in for the injured Alisson Becker four days after completing a free transfer to the club, Adrian has played a key role in securing UEFA Super Cup success and contributed to the Reds’ run of four consecutive Premier League wins.

The goalkeeper had to recover from an injury himself in between times, while also adjusting to the nuances of the style of play required in his new team.

And it was for those reasons that he remained hard at work with the goalkeeping department at Melwood throughout the international break.

“I had no pre-season with the team so I needed a few more training [sessions] to keep fit,” the No.13, who registered his first clean sheet last time out, told Liverpoolfc.com.

“Also, I had a small injury in my ankle after the Super Cup so I needed to recover well and be ready for September, which is really busy for us.

“It was great. It was very important to have a few training [sessions] to feel 100 per cent fit. It’s training with a different mind, more relaxed with the goalkeeper coach talking about goalkeeping positions and our philosophy with the style of play.

“There was so much great information for me.”

The 32-year-old’s frantic start at Liverpool was made more comfortable by the welcoming nature of his new teammates in the dressing room.

That sense of unity among the squad has consistently been highlighted as a fundamental factor in the Reds’ Champions League triumph and overall development.

It has quickly made an impression on Adrian, too.

“Very easy,” he said, when asked to describe the settling-in process. “You have big names in the dressing room but everyone is very kind. From the moment I came they opened their arms to me like good friends.

“It’s easy to play with them; you have some of the best players in the world, the best defenders, midfielders and attackers. From the back, I need to help on the occasions when I have to.

“I’m really proud to have won the last few games. We are in a good moment, we are like a rock – all together, the manager, the staff, players and fans. The club is living a great moment.

“We need to keep fighting for this and keep that momentum going for all of the league [campaign].”

Liverpool host Newcastle United at Anfield in the early Premier League kick-off this weekend – the first of seven games in 21 days.

Their Champions League title defence gets under way next week and the Reds also enter the Carabao Cup with a trip to MK Dons later this month.

But with the Magpies having already beaten Tottenham Hotspur on their travels this season, Adrian insists focus has to solely be on Saturday for now.

“Maybe no-one expected their result against Spurs away. So they will come to Anfield to try to win the three points,” added the stopper.

“But we have a good squad, a good team and we are preparing really well this week. We have enough time, the international players are coming [back]. So we are ready to fight for three points at Anfield and to win it.

“We need to make small steps but the first one is Newcastle and that is the most important.”