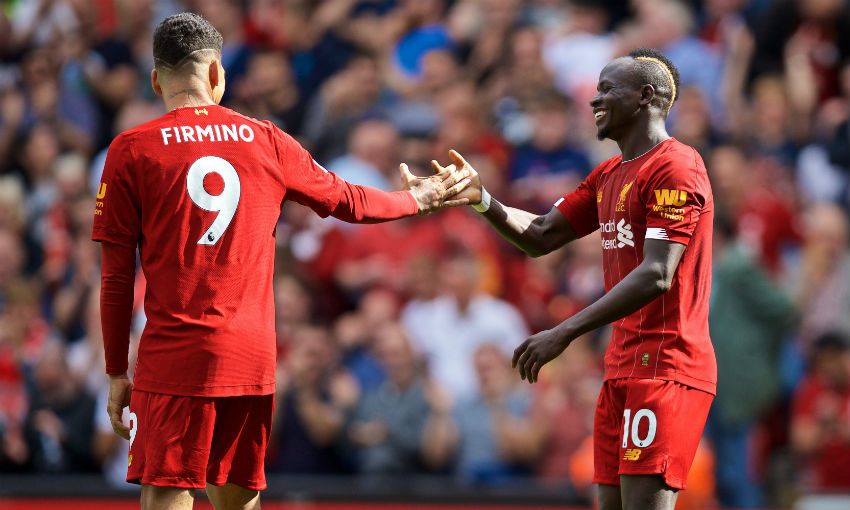 Liverpool came from behind to beat Newcastle United 3-1 at Anfield in the Premier League on Saturday afternoon.

Sadio Mane scored twice and Mohamed Salah netted the third as the Reds recovered from an early blow in the first fixture since the international break.

Jetro Willems had put the Magpies ahead with a fine strike after seven minutes until Mane's superb curling effort midway through the first half restored parity.

The speedster grabbed his second of the match shortly prior to half-time and Salah then added the third 20 minutes from time to maintain the Reds' 100 per cent start to 2019-20.

Alex Oxlade-Chamberlain made his first Anfield start since April 2018, while Divock Origi also appeared in the starting XI. Jordan Henderson and Roberto Firmino both made way for the pair.

The deadlock was broken by the game's first piece of real quality.

On a Newcastle breakaway, Willems picked up possession on the left-hand side of Liverpool's penalty area after Christian Atsu's pass. The left-back shifted the ball onto his right foot before unleashing a thumping effort into the top corner.

The goal drew a positive response from the hosts. Oxlade-Chamberlain fired just wide from long range as Mane and Origi then saw headed efforts go close.

The Reds had a strong penalty appeal turned down in the 26th minute when Joel Matip felt he was illegally impeded by Jamaal Lascelles at a corner.

But that frustration was short-lived as Mane made proceedings all square moments later. Andy Robertson did well to set up the No.10, who then curled a pearler into Martin Dubravka's far corner at the Kop end. 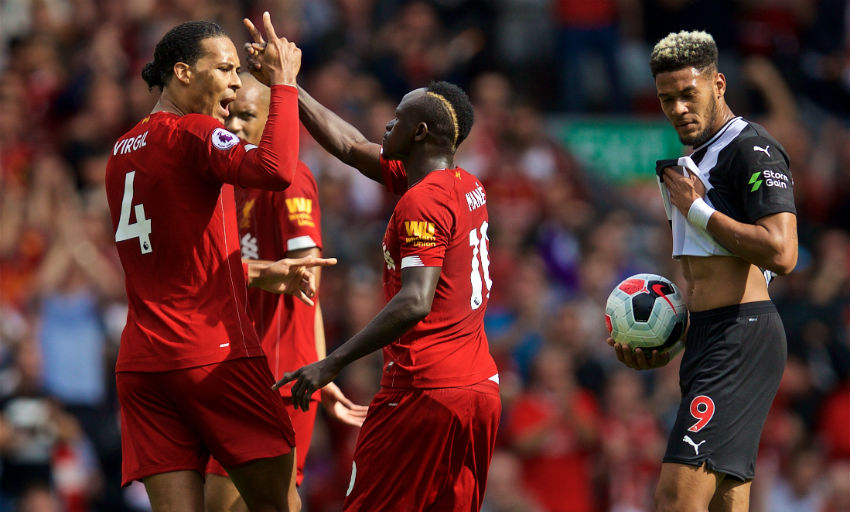 The celebrations were minimal, though, with Liverpool seeking to build on the goal.

But there was an enforced change with Origi unable to continue after picking up an injury. Firmino replaced the Belgian shortly before the match's third goal.

Liverpool went ahead following Firmino's defence-splitting pass towards the path of Mane.

Newcastle stopper Dubravka was unsuccessful with his attempt to come out and collect possession. That left Mane free to convert once again and ensure his side entered the half-time break in front.

Georginio Wijnaldum nearly got Liverpool off to the perfect re-start with a delicate looping shot that went just over the crossbar.

The visitors fired a warning shot 10 minutes into the second period, however. Atsu's cross from the left found an open Emil Krafth in the box. Fortunately for the Reds, the resulting shot ended up in the Kop.

But both full-backs came close to adding to Liverpool's lead from tight angles, but were denied by Dubravka's alertness at his near post. It was a similar story for Firmino a few minutes later.

But the Brazilian's craft and brilliance finally led to a breakthrough. In returning a one-two to Salah, Firmino perfectly flicked the ball into the stride of the Egyptian, who made no mistake in front of goal. 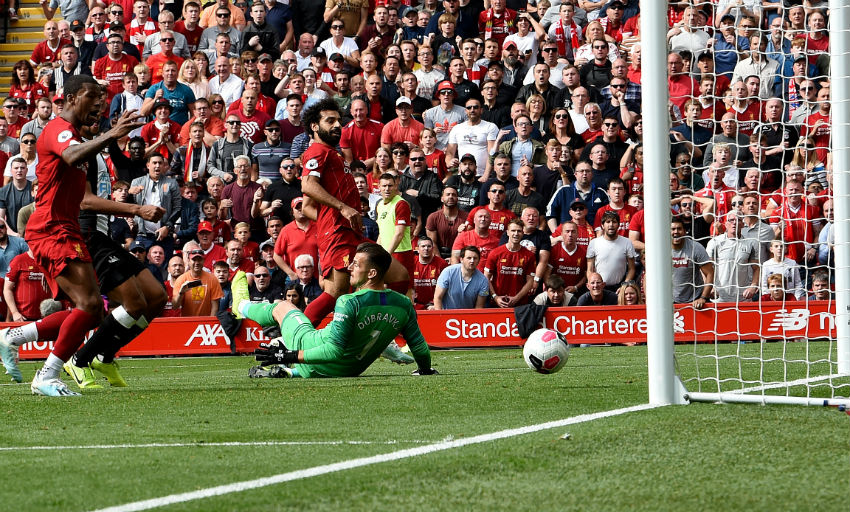 The finish ensured Liverpool made it five wins from five in the top flight so far this term as they now begin to prepare for their defence of the Champions League at Napoli on Tuesday.