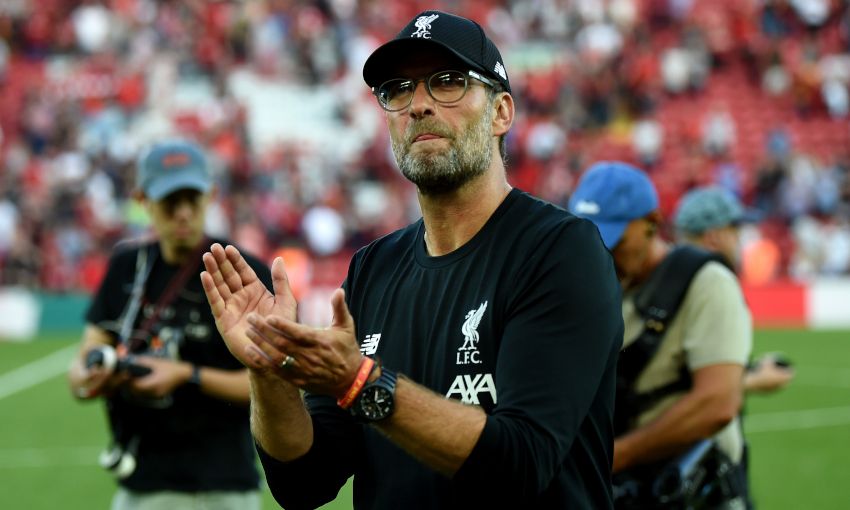 Jürgen Klopp insists Liverpool's unbeaten home record in the Premier League is a statistic to use for motivation rather than pride.

The Reds have not lost a fixture in the division at Anfield since April 2017, when Crystal Palace claimed a 2-1 win over Klopp’s side.

That’s a run of 42 matches, the most recent an impressive victory against Arsenal as Liverpool took maximum points before the international break.

Asked about the record ahead of Newcastle United’s visit on Saturday, the manager explained it isn’t a subject of consideration for the team – other than to extend it for as long as possible.

“We don’t think about it,” said Klopp at his pre-match press conference. “Really, it’s not one time we mentioned it – the last game, the last 30 or the last two-and-a-half years. We don’t feel it.

“We know stats are there to be broken, that’s how it is. It’s always nice to be the first one and after two-and-a-half years to be the team who can do this. Each team could have done it but we were, in most of the moments, better and deserved the win or the draw. That’s good.

“But the only thing I’m concerned about is how we can be again in a similar or possibly in a better mood and shape as we were against Arsenal, because that was attitude-wise a really high level – the highest level, to be honest. And that’s what we have to do, not about what happened in the last two-and-a-half years.

“It’s nice; it’s a number, nothing else. It was clear we had to change things since I came here. Not only this, but we had to make Anfield a fortress again, that was clear. Everyone wants to do that with their own stadium because each second game is there. That makes 100 per cent sense, using your own crowd and using the atmosphere, we all want to do that. But it’s still difficult.

“We created a proper basis together there, it became more difficult for other teams to get something here. But for a lot of teams it’s still possible. And we have to make sure that the day it will happen will be in the future, far away. That’s the target.