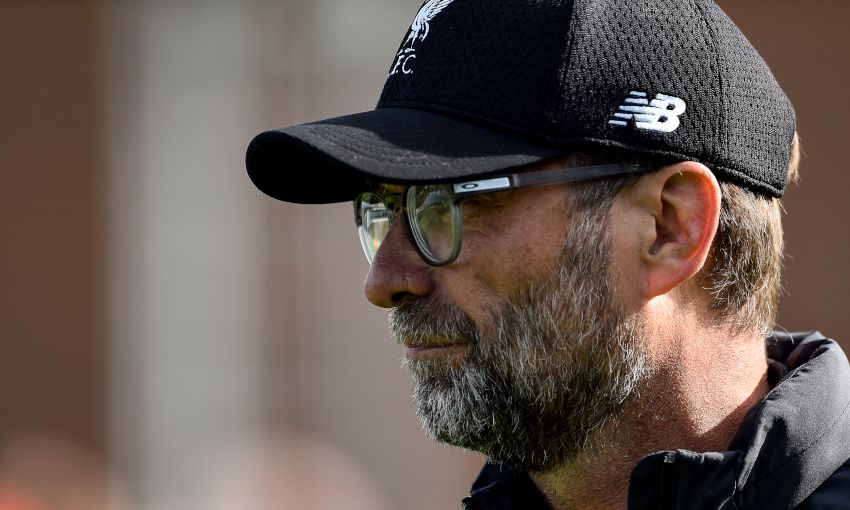 Jürgen Klopp believes Liverpool will take on a Napoli team who will play with 'the highest motivation you can imagine' when the sides meet at Stadio San Paolo on Tuesday night.

The Reds begin their defence of the Champions League by taking on the Serie A outfit in the opening game of Group E in Italy.

The teams did, of course, face off in last season’s group stage, with both matches finishing 1-0 in favour of the home sides.

However, it was Liverpool’s success on matchday six at Anfield last December that secured a place in the knockout phase of the tournament at Napoli’s expense.

They go head to head once more with the Reds as Europe’s reigning champions; but Klopp doesn’t believe Napoli will require the additional motivation of trying to take an early scalp in the competition.

“I’ve never had this situation, where I went somewhere as a ‘reigning champion’ [in Europe], so I don’t know, I have no idea, but I can believe Napoli will be really motivated – and not because we were champions last year,” the manager told Liverpoolfc.com onboard the team flight to Naples on Monday.

“Actually, when we had the pre-season friendly in Edinburgh, Carlo Ancelotti gave me a bottle of red wine and signed it with a message of congratulations.

“They had to leave the competition after two games against us in our group last year, so that was not too cool for them and they will be at the highest motivation level you can imagine.

“They are a really strong side. They’re also the only team we have to be concerned about right now because it’s our next opponent – and we know they are of the highest quality and it will be a tough one for us.

“The analysis of them was exciting because we saw a lot of goals – they’ve scored a lot and conceded some – and we know it will be a really tough job for us.

“So, we have to be good enough to get a result in Napoli and that’s the only thing I am concerned about at the moment. That’s it.”