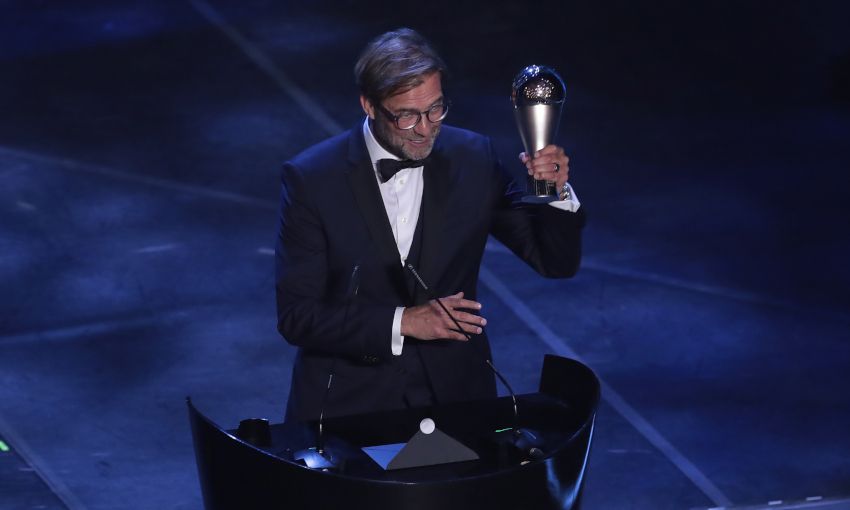 The Liverpool boss received the accolade at a ceremony in Milan on Monday night in recognition of his achievements throughout the year.

Klopp, who saw off competition from Pep Guardiola and Mauricio Pochettino to land the prize, led the Reds to Champions League glory and a club-record total of 97 Premier League points in the 2018-19 season.

The recipient of the Best FIFA Men's Coach title was determined by votes from national team captains, coaches, fans and journalists, with Klopp, Guardiola and Pochettino emerging as the three finalists from an initial 10-man shortlist. 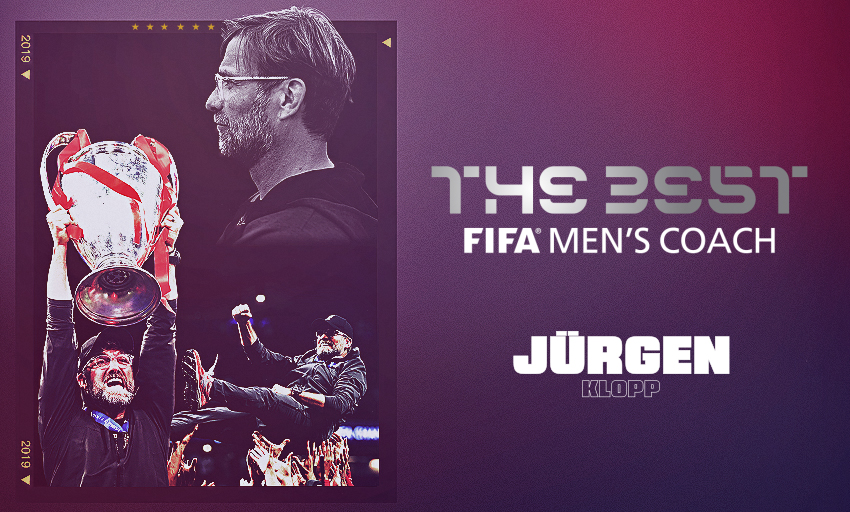 "Wow, it's quite heavy! What can I say? I have to say thank you to a lot of people obviously," said Klopp upon collecting the award.

"I have to start at the beginning with my family sitting at home and probably watching. It's great – nobody would have expected that I stand here 20 years ago, 10 years ago, five years ago, four years ago probably!

"Coming back to saying thank you, I have to say thank you to my outstanding club, Liverpool FC – who doesn't love it has no heart! That's not true, you can love other clubs as well.

"To the owners, they gave me an incredible team, Mike Gordon in particular. And I have to thank my team because as a coach, you can only be as good as your team is. And the potential of your team is one, what they make of it is the other.

"So I'm really proud to be the manager of such an incredible bunch of players.

"I don't want to make it longer than it should be but at the end I want to use this stage to say one thing: this today is an individual prize, I don't understand 100 per cent individual prizes but I get it because I'm here for a lot of people.

"We are all on the really good side of life obviously, that's why we are here; legends – the past was great, the present is really good and the future hopefully will be good for us as well.

"But there are people out there that have not exactly the same situation and I'm really proud and happy that I can announce from today on I'm a member of the Common Goal family."