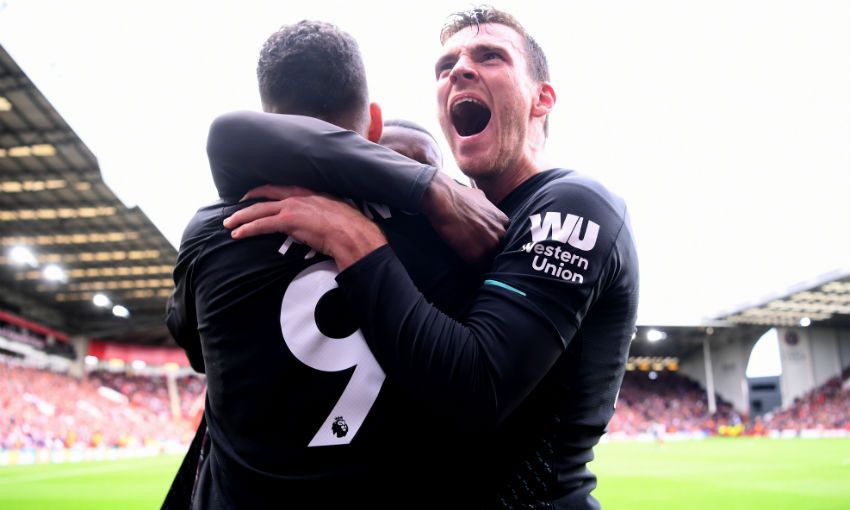 Andy Robertson felt Liverpool were just about worthy of the victory over Sheffield United, having matched the home side's commitment on Saturday.

Although acknowledging he and his teammates weren't at their best, Robertson was pleased with the grit and desire shown against the newly-promoted opposition.

The Scot told Liverpoolfc.com: "Look, you can't win 4-0, 5-0 every single week by playing beautiful football and everyone claps you off the park because they've been given a show.

"But then we lacked a wee bit of quality, which if we had more of I think we would have won a bit more comfortably."

He added: "It was difficult. We weren't at our best, that's safe to say.

"When you're not at your best and the other team are putting you under pressure then it's important to get the win.

"Luckily we managed that, clean sheet – which we're happy about – and a fortunate goal, but you have to take them up."

Liverpool were able to record a shutout thanks to Robertson's superb last-ditch block that proved vital when Wijnaldum scored.

Just three minutes before the breakthrough, the left-back was alert on the cover to stop John Fleck's goal-bound effort.

"It's so important to come to these places and keep a clean sheet because the worst-case scenario is you draw 0-0," Robertson said. "Yeah, it might not be ideal, but then you take it and you move on.

"But luckily I knew Flecky was going to come in, so I just tried to cover and luckily I got my foot on it. Then Gini's goal, like I said, was a bit fortunate but I thought we were worth the win just and we got there in the end."

Wijnaldum's goal was Liverpool's first shot on target in the match as the visitors struggled to find consistent rhythm.

"They've been away from the Premier League for a long time and I don't think any of us would have played against them," Robertson reasoned.

"It was tough – their wing-backs were coming really high, the right and left centre-half comes quite into the centre, it's hard to get used to.

"We had to learn from it in the game, which I think we did, but we probably played too many stray passes and things like that.

"But like I said, when we're not at our best, it's important we win and luckily we did that."