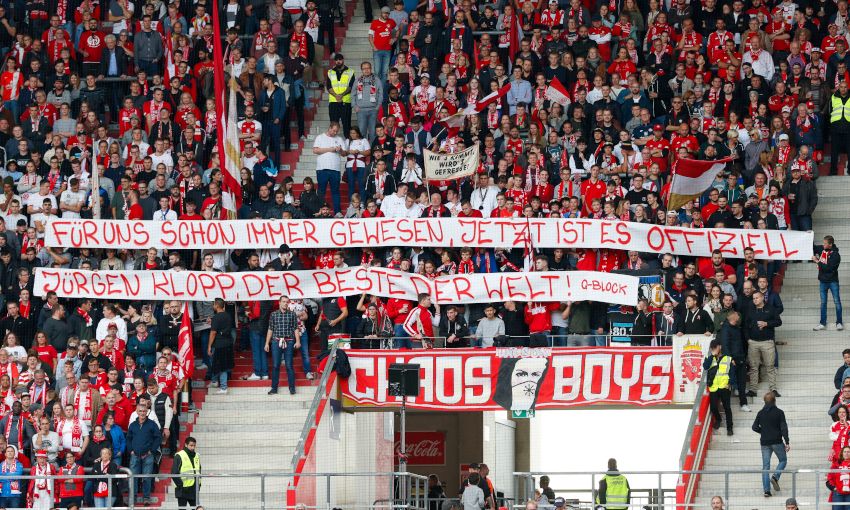 Fans of 1. FSV Mainz 05 paid tribute to Jürgen Klopp during their home clash with VfL Wolfsburg on Saturday.

Supporters of the Bundesliga club raised a banner at the Opel Arena in recognition of the Reds boss winning The Best FIFA Men’s Coach for 2019 recently.

It read: “For us it was clear all the time, now it is official: Jürgen Klopp is the best of the world.”

Klopp enjoyed a successful seven-year spell as manager of Mainz between 2001 and 2008, leading them into the Bundesliga for the first time in the club’s history in 2004.

Prior to becoming head coach of the Die Nullfünfer, he also represented them as a player for 11 years from 1990.