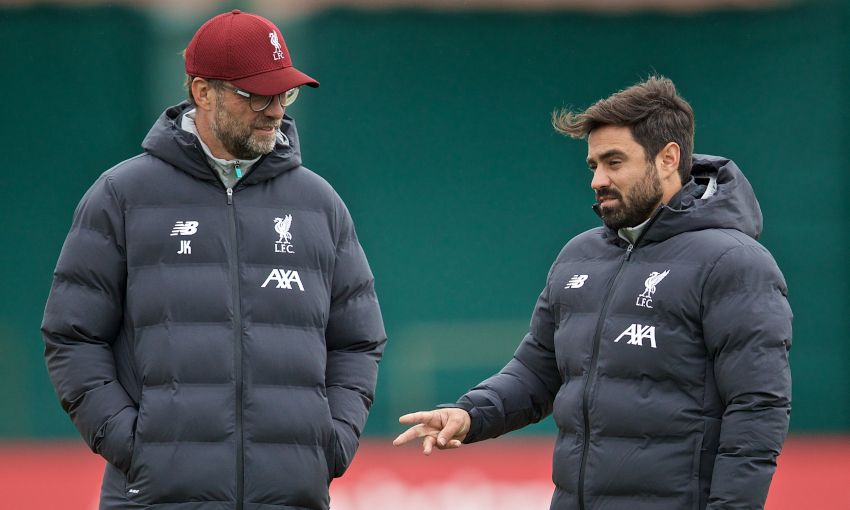 He moves to the Reds from FC Porto, where he served as assistant coach of the Portuguese club’s B Team, who play in the country’s second tier, in 2018-19.

That was Matos’ second spell with Porto and followed two years in China, where he was youth technical coordinator and U16 head coach for Shandong Luneng.

At Liverpool, the 31-year-old takes up the position previously held by current Reds assistant manager Pepijn Lijnders, who also switched to Merseyside from Porto.

Jürgen Klopp told Liverpoolfc.com: “We’ve worked for a while on it. We had the idea that it makes real sense because we have so many outstanding, young boys.

“The situation is a little bit like this: if you are in pre-season, they are with us and we need them for training, for the games and all that stuff. But then the season starts and all the big guns come back and we don’t want to give them the feeling they are now a bit further away again.

“So we thought it made sense that they really get their specific coach again what Pep did years ago when I came in. I loved the fact I got a sensational assistant manager, but we lost the development coach a little bit.

“We had to fill that void and we’ve done that with a really great guy, an outstanding coach. Young and experienced, you don’t get that a lot. A kind of guy who is used to having six or seven sessions a day.

“He is smart, his English is very good – which is obviously important – and he has worked at different clubs, but is educated at Porto, which is good for us because Pep is from there as well.

“He had made his own experience already and now we can all get the benefit of that. It will be great for the boys 100 per cent.

“We have to introduce him to the boys, but he will do that today.”

Vitor – who holds the UEFA Elite Youth A Licence – had previously built up a wealth of experience at Porto between 2011 and 2016, taking up a variety of roles at different age groups.

That encompassed head coach roles at U10, U12 and U14 level, U15s and U17s assistant coach positions, and opposition scouting for U19s and Porto B.