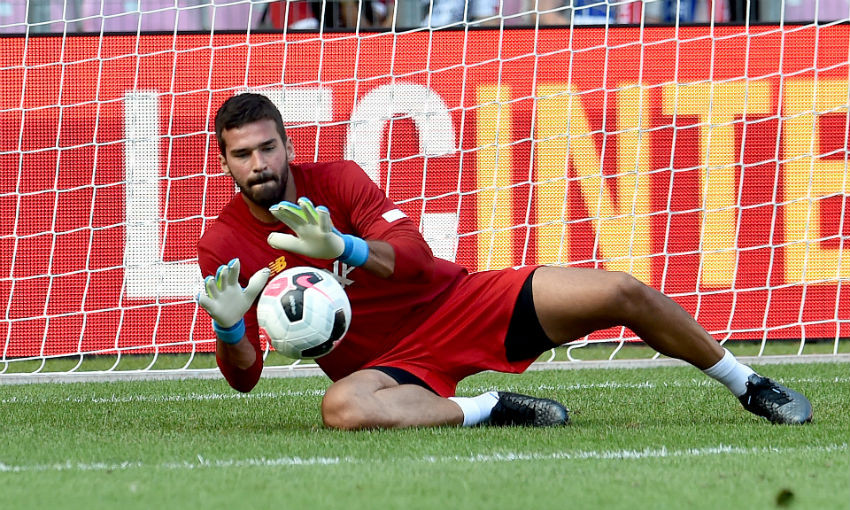 Alisson has not featured since picking up a calf injury during the Norwich City match on the opening weekend of the top-flight season.

Matip, meanwhile, sat out the Champions League victory over Salzburg in midweek, while Shaqiri continues to be sidelined through injury.

"With Alisson it's still: maybe, maybe not," Klopp explained at his pre-match press conference.

"Yesterday he trained with the team [for the first time]. But if you know goalie sessions, they are often pretty more intense than the proper football sessions. He looked really good.

"We will see, I have to talk to different people before I make a decision about that.

"Joel looks good but is not ready for tomorrow, and Shaq not. And Clyney not.

"That's it pretty much. After the international break they are all back on track, apart from Clyney, but until then we have only one game and we have to play without them for that game."

Klopp was asked if the considerations are different when it comes to deciding when a goalkeeper returns to match action than they are for an outfield player.

"That's good. We don't have to rush it – and we don't. He is training already for nearly 10 days but now team training, it's better most of the time in the little things we can do in between the games when we play every three days, you don't really need a goalie or we have goalies for that.

"So it's more important Ali can do the important stuff from a much higher intensity than it would have been in a five-a-side or whatever we could do between the games.

"If yesterday would have been the first session for him in training, we would of course not even think about it. And I don't know if we think about it; I have to talk and I didn't [yet].

"Mike Gordon is in town so I had a lot of meetings since he was here, I couldn't talk yet about the goalie situation. But I will do that after the press conference."