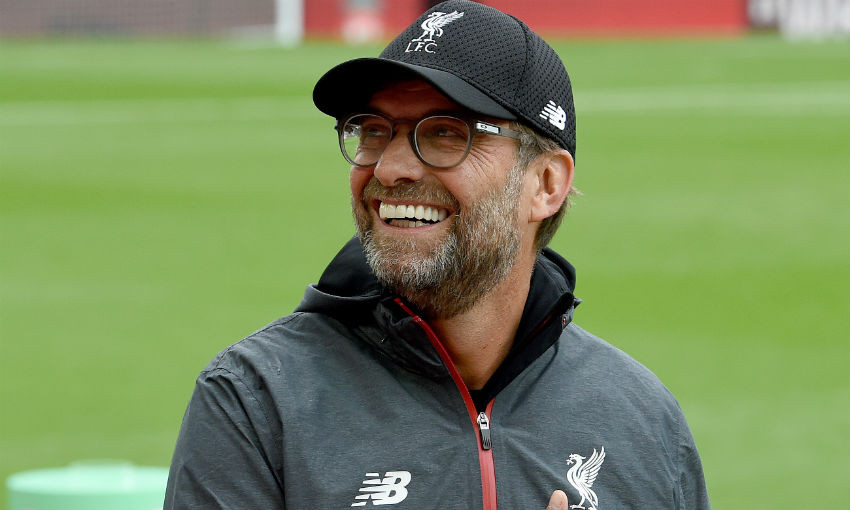 Jürgen Klopp saluted the 'absolutely exceptional' effort of his players after Liverpool extended their perfect start to the Premier League season by beating Leicester City in dramatic fashion at Anfield.

James Milner’s 94th-minute penalty settled Saturday’s match and ensures the Reds go into the international break having won all eight of their top-flight fixtures so far in 2019-20.

Milner had earlier registered a fine assist as Sadio Mane’s 50th top-flight goal for the club put the home team ahead, but James Maddison’s 80th-minute leveller appeared to have claimed a point for Brendan Rodgers’ visitors.

However, Marc Albrighton’s foul on Mane in the area gave Milner the chance to win the game from the spot in the 94th minute - and the No.7 did just that, sending Kasper Schmeichel the wrong way with an ice-cool penalty.

Read on for a summary of Klopp’s post-match press conference from Anfield... 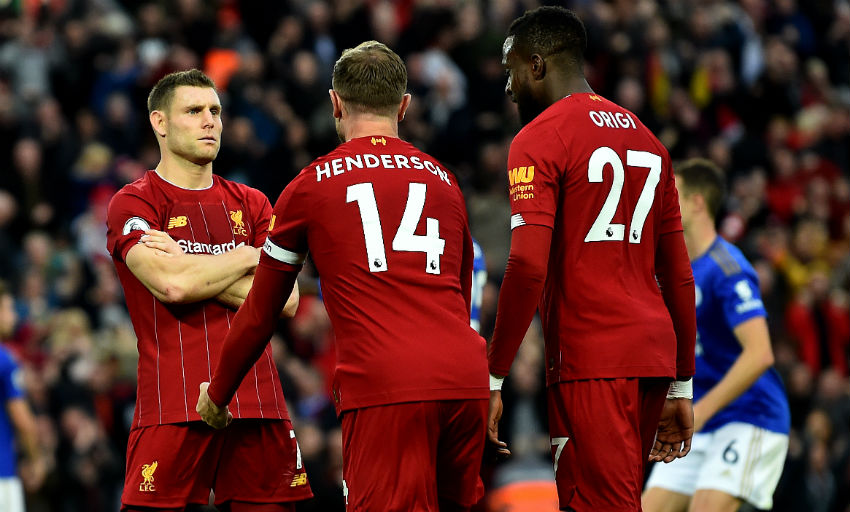 Everyone will feel it in the season that if you get a point against Leicester it will be a success for 95 per cent of all the teams. So in a difficult week like we had with a very intense game on Wednesday and a really strong opponent, Leicester City obviously doesn’t have to play [in midweek] - not yet, next year they will. We start then with 60 exceptional minutes, the first half was exceptional, we put them under pressure, the energy levels of the boys is just incredible, how we do and do and do again. The only problem we had was that we only scored one goal, and it was clear there will be a moment in the game where Leicester probably will come up a little bit because our energy level dropped. And for that, each goal you can score before helps massively [but] we had only one. They came up, had more possession, when we had the ball we were not clear anymore - we lost easy balls and were passing these square balls. They didn’t even have to press, we just gave them the ball and they had their counter-attacks, which is a big strength of them.

How I said, they came up, scored their goal and after that it looked to me like the game calmed down. It was not then that they were chasing the second, for example, it didn’t look like this. We stayed in the game and we had the bigger chances again, Virg’s header, Robbo’s finish. We had these moments and had a sensational counter-attack with a really promising situation, or would have been, when Mo got knocked down. And then we have the penalty situation, which is a penalty obviously, and we scored the goal. To score a penalty you need somebody who can keep his nerve and Millie is obviously the right guy for that after an impressive performance anyway, and then we won the game. That’s it.

For me, after the 1-1 it didn’t look anymore like we are close to doing it, that’s how it is. How I said, the game calmed down. We got more control again and that helps obviously. I was not sure that we would win - how could I be? - but it did not feel that we will lose as well. How I said, a point against Leicester is not a catastrophe. We don’t go for keeping this streak kind of alive, we just want to win a football game and for this you have to respect all things. If winning eight games in a row would be easy then a lot of teams would have done it already, it’s not easy. In that league it is not easy, with all the opponents we had it is not easy. That’s really difficult and of course the boys have at least a bit of belief always because we experienced that now in our common past from time to time.

But what kind of effort they put in a game like this, that’s exceptional, absolutely exceptional. I was asked already by a journalist about our defending, that it was not that good, but, to be honest, I saw a lot of games and I never saw a team defend Jamie Vardy better than we did today. I think apart from the second half, when he had the situation with a long ball and Dejan could not be there immediately, apart from that I didn’t see that so far because with the way they play it’s really difficult to do that. Dejan and Virg with the two full-backs did incredibly well. So, a lot of good things lead to a result usually, if you have a bit of luck. I don’t see where we needed much luck because it was a penalty and I’m not sure how many more chances Leicester had to score. We don’t think we will win all the football games. We didn’t think before the game that we will win this, [but] we were ready for a fight. That’s it. 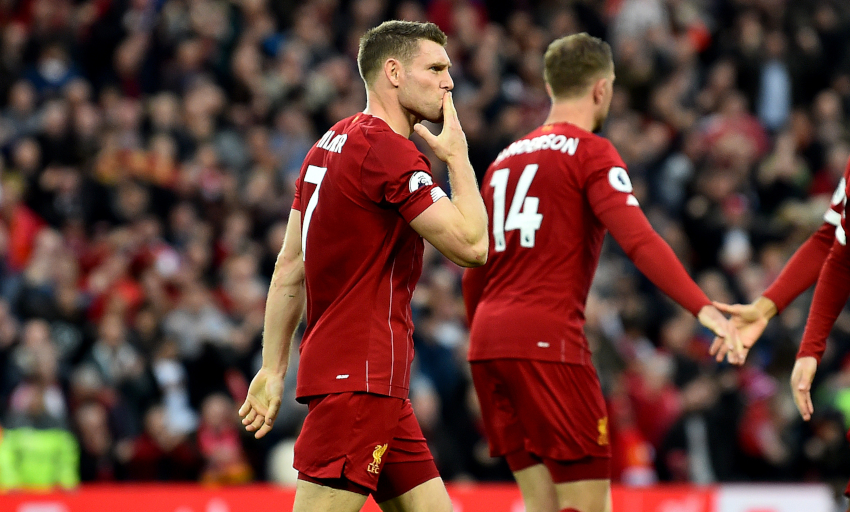 I’m really not sure if I’ve said all the positive things about James Milner, no problem to do it again. Not only today, in general, how incredibly important he is. Today it was a super game but not even Millie can play 12 games in a row or whatever, it's just too demanding and all that stuff. But yeah, very good performance, the pass for the first [goal] is just smart. Unfortunately you need to have a few games in your legs probably to know about the situation, but we had a lot of these situations. We played a few smart passes for the boys. We obviously changed formation a little bit, we brought Mo in the centre, Sadio and Bobby more in the position 10 [against] the opponent who could train a full week to prepare for us - [that's] what we cannot do.

We had a 20-minute session to prepare for Leicester. We changed our shape as well but then you need the players to use this. So Mo obviously running in behind. But now we have two players in between, which is incredibly well. But on the other side, when you get the ball and you see Evans played a really, really good game, but in speed-wise he cannot deal with Sadio. Of course, if you see that and pass the ball there, that’s just smart. It was a bit lucky, of course, Evans can touch the ball as well and there would be no chance anymore. But we have to try these things and it makes Millie really special because he’s obviously prepared for a game, not only physically.

On his satisfaction from the winning goal coming from Mane chasing down a lost cause deep into injury time...

Exceptional, absolutely exceptional. I couldn’t speak about one player who is not in a good shape at the moment, but of course it's very important Div came on, Sadio was still there [after] a really, really tough game and was still there to make these decisive runs. Div is in a sensational shape. So we are there and really in and around the situations, that’s good. Without that, come on, we don’t have to talk about that. We are not overly positive, it’s not that I sit here and have problems to keep the arms down, to be honest. It’s just we respect the hard work we have to do and so far so good, but 30 games to come. We are not fussed really by the situation that people talk to us about the winning streak or whatever. [We’re] really in the game and then you can play like the boys did today. They didn’t look a second like a team who won so many games that they don’t have the desire anymore to win another one. It looked like they had never won a game before, and I love that fact. The stadium atmosphere was brilliant, 1-1 and then everything was positive in the stadium, that’s just so helpful. It was all over a really good performance of the whole Liverpool family. But now the boys travel literally all over the world and hopefully they come back healthy and then we prepare [for] Manchester United.