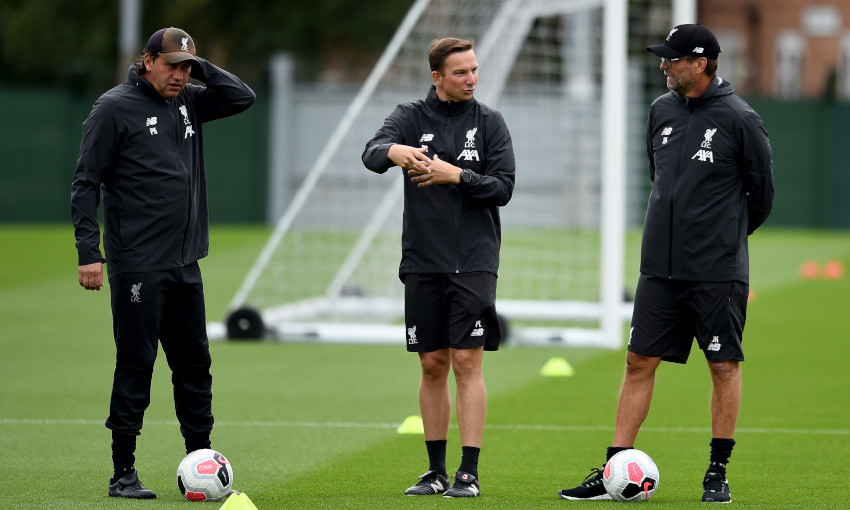 Peter Krawietz is always looking to the future, even at a time of reflection.

The international break that has followed Liverpool’s eighth consecutive win at the start of the Premier League season coincides with the anniversary of his arrival at the club alongside Jürgen Klopp.

October 8, 2015 was the day when the Reds announced Klopp and his backroom team would be transferring their successful operation at Mainz and Borussia Dortmund to Anfield.

Four years on and Krawietz humbly describes the development of the project – which has included two Champions League final appearances, the triumph in Madrid in June, and a club-record 97-point Premier League campaign – as ‘not too bad’.

And it’s telling during a conversation with Liverpoolfc.com, arranged to discuss his and Klopp’s milestone on Merseyside, that the focus is wholly on what is still to come. What can still be achieved.

From the specifics of rule changes for 2019-20 to the wider scope of leaving a legacy at Liverpool, the coaching team pulling the strings at Melwood are preoccupied by looking forward, not back.

Read our chat with Krawietz in full below…

It’s four years since you agreed to come to Liverpool. Four years on, how satisfied are you with the progress of the project?

Of course, massively. Today we can say – and we see – it was the right decision at that time to come here. On one side it was an opportunity; on the other side, it was a massive challenge to leave your home country, come to England and learn about a new, massively big club in a new country. It was a big step. We knew it wouldn’t be easy, we didn’t expect it would be easy. But we started working immediately and started our way. I would say it’s not too bad so far, a few things worked out pretty well. Today we are where we are and it was a good journey so far.

Of course. We are ready to work. Even if it’s hard or exhausting, that’s what we want – we want to live this football life and give everything we have. That’s why we enjoy this part. It’s right, it was the right decision obviously for both sides. We enjoy it.

You have worked for so long with Jürgen now. How has your relationship evolved over the years?

In the best case, people learn and develop. I remember our first days when we started working together and until today, of course a lot of things have changed. We changed and developed as well. It’s always constructive, I would say, always based on trust and teamwork. This is the base for working together every day. We enjoy it as well. You should always try to get better, that’s the interesting thing. Even if your daily schedule is similar, doing nearly always the same things, the game makes it interesting. The game is developing; we try to be inventive. Our philosophy, our style of play won’t change too much but the details are always interesting. It never gets boring! With the energy and the fuel, you need to go on, try to proceed and try to stay successful.

Is there very much a Liverpool identity now? The style is so effective that people are following what you do…

Yes, of course. It’s always like this – teams who are successful will always be something like a role model. It’s an honour. And a challenge as well, because the standards are set and in order to improve you have to go on, you have to keep the level high and always look at the little details. For example, this season there are new rules about goal-kicks. With this, we have to think anew about the details and that keeps it interesting. We’ll try to get better and keep the high level and standards.

From a coach’s point of view, is it helpful to bring fresh ideas in? Pep Lijnders became an important part of the team, Jack Robinson came in, and now Vitor Matos has joined…

It’s not too different because of course you need the same philosophy. That is the most important thing. Everybody is working towards the same targets. There are a lot of things to do over the season around the team and the building, everything that is necessary to keep all this together. We try to improve and bring the people in to do all this stuff and proceed. It’s always good to find guys who help us to stay active, to stay lively and to go forward. 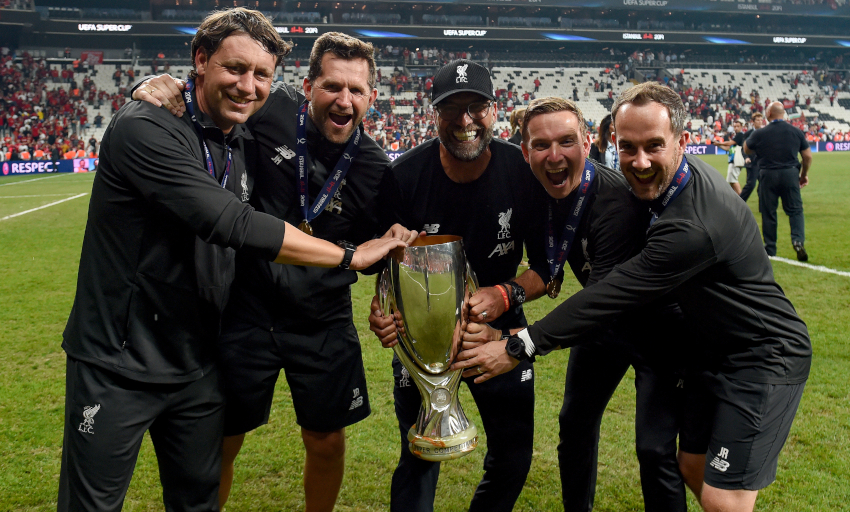 Does Liverpool feel like a second home to you now?

Yes, of course. We always felt something like an identity with the club we were working for. In Mainz, it was our hometown where we grew up – so obviously it was easy because it was natural. We found this in Dortmund pretty quickly. And it is, and was, the same here in Liverpool. The more you learn about this city, of course adapting a little bit, and learn how people think and what they expect… of course, it helps if you have a little bit of success! Then people can see from the outside things are going forward. This is what we always wanted. We thought the things we want to invent take a bit of time – a long-term idea – and we’d come somewhere where we’d try to make an impact for the whole club, something that stays for longer even if you are not here anymore. Something which stays – not only trophies and a good time – and that it can go on. It worked in Mainz, it worked in Dortmund and I hope we are in a good way to do it as well in Liverpool.