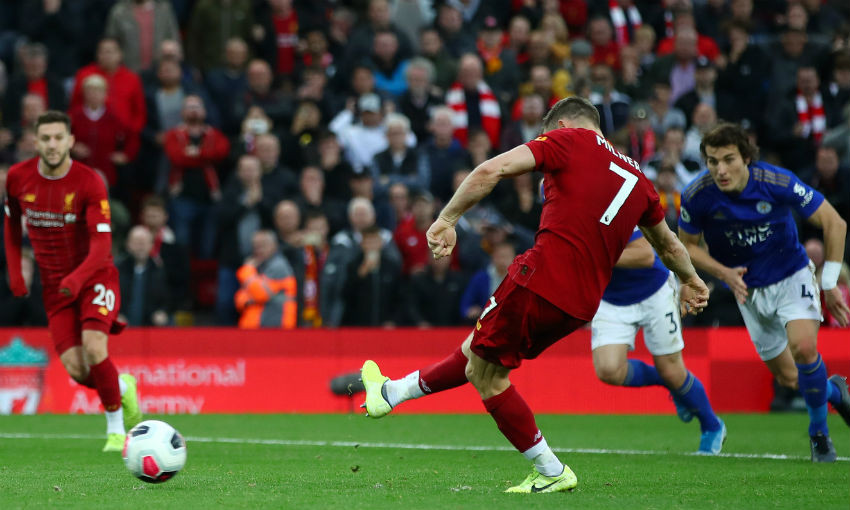 Milner's injury-time goal against Leicester City - that secured a 2-1 victory to send Liverpool eight points clear at the top of the Premier League - was the 17th spot-kick he's converted for the Reds.

Heskey played with the midfielder at Aston Villa and can attest to how his proficiency from 12 yards out is no fluke.

The retired striker told Liverpoolfc.com: "He was our penalty taker at Villa. He's so good at them because of practice.

"You see him training [on them] during training and after training. That sums up James Milner."

Milner currently has the fifth-most all-time Premier League appearances after recently surpassasing Heskey's 516 - 150 of which he has amassed during a five-season stint at Liverpool.

The No.7 is, therefore, able to pass on vital experience to his teammates in addition to important footballing contributions.

"He was huge. Not only a leader on the pitch, but off the pitch as well," Heskey added.

"To play so many games from such a young age, and to evolve as he has, has been fantastic. When I first got to Villa he was a winger and evolved into a central midfielder and now is an all-round player.

"He's a lad that's been looking after his body properly for many a year, so I'm guessing he'll still go for a few more years if he wants to.

"He shows what you can do if you apply yourself and look after your body."

'Some of the goals Salah is scoring, you just have to stop and applaud'