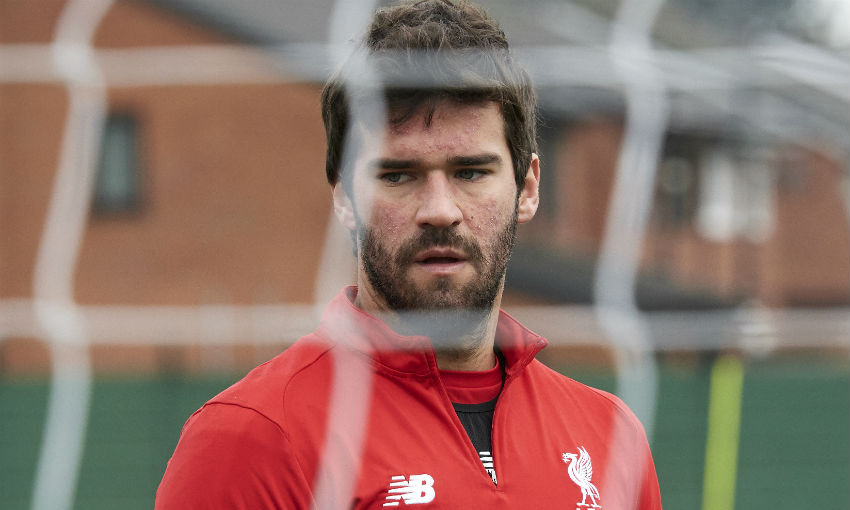 However, the boss has no new injury concerns to contend with ahead of Sunday’s trip to Old Trafford.

Having been sidelined since sustaining a calf injury on the opening day of the season, Reds No.1 Alisson is now back in full training along with Matip, who missed the wins over Salzburg and Leicester City before the international break due to a knock.

Salah, meanwhile, had to be substituted after being fouled in the latter stages of the game against the Foxes.

“Better - how good, we have to see, that’s the truth,” was Klopp’s assessment of the trio’s fitness during Friday’s pre-match press conference.

“There are two more sessions to come from this afternoon and we have to see. Then we’ll make decisions, that’s how it is. Nothing is fixed.

“The players on international duty all came back healthy, which is very, very important, so we now had three or four days with the full squad to prepare it, which is a little bit comfortable at least.”

From a United perspective, Ole Gunnar Solskjaer told the media it is unlikely David de Gea will feature.

The goalkeeper sustained a muscular injury while representing Spain in midweek, with United’s boss saying on Friday: “I don’t expect [De Gea] to play but it wasn’t as bad as feared.

“When I saw the game I thought, ‘That’s him out until next international break’ because we’ve had some long-term muscle injuries, but it’s not as bad as feared.”

Aaron Wan-Bissaka could return from illness, but it remains to be seen whether Paul Pogba will recover from an ankle issue in time. Anthony Martial (thigh), Jesse Lingard and Luke Shaw (both hamstring), Diogo Dalot (thigh) and Mason Greenwood (back) are doubts.

Solskjaer continued: “Of course I would like to tell you positive news.

“Hopefully we’ll see on Sunday who’s come through the last two sessions as well, because there are players here that just started training, just on the verge of coming back or not, so I can’t really say.”