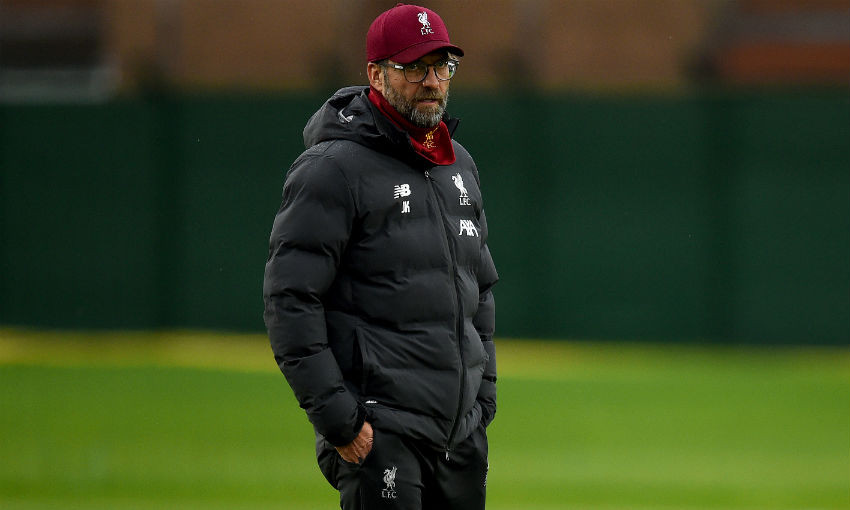 Jürgen Klopp outlined Liverpool's need to be 100 per cent focused, brave and smart if they are to pick up a positive result against Tottenham Hotspur at Anfield this afternoon.

The Reds return to Premier League action after their Champions League excursions saw them beat Genk 4-1 in Belgium on Wednesday night.

Spurs had a European fixture of their own as they emerged 5-0 victors over Red Star Belgrade 24 hours earlier - a result that reaffirmed Klopp's appreciation for Mauricio Pochettino's side.

He wrote in his column in the official matchday programme: "Both sides come into this game on the back of Champions League midweek matches and wins. That in itself tells us the quality and danger we face today.

"One of England and Europe's top clubs is here on Merseyside, hungry for points. We must be ready to fight with all we have.

"We know from experience how tough an opponent Red Star Belgrade are, because of our battles against them last season. The confidence and belief Tottenham showed in comprehensively beating them should silence anyone foolish enough to think they have dropped off at all.

"Anyone with an ounce of knowledge of their side knows they are even stronger than last term. They have added quality to their ranks and kept their key players again. And they have their world-class leader in the dugout.

"My admiration for Mauricio is well-known and I as much as anyone can associate with the challenges he faces at this moment, after such a thrilling campaign last season when his team enjoyed an incredible ride. It is a job to do to pick up and go again - but do it you must.

"The truth about his management is that he always improves teams. His sides progress. They get better season on season. I look at Spurs now and I know they have all the tools to be right in the conversation for trophies domestically and in Europe over the next eight months or so."

Klopp added: "The games in which we faced each other last season were all so incredibly close - fine margins. I would expect the same again in the matches we play this time.

"It is about being concentrated at all times. Be individually and collectively at your best. Be ready to respond to setbacks. Be brave. Be smart. Play your football. When two really good sides face each other, these are the factors that decide it."