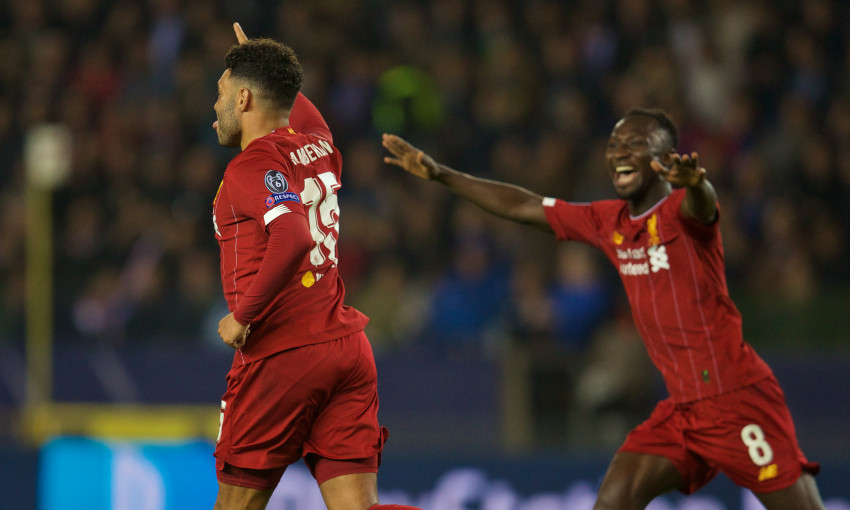 Jürgen Klopp predicted more to come from Alex Oxlade-Chamberlain as he welcomed the impact of players grasping opportunities in the past two games.

After Naby Keita, Adam Lallana and Oxlade-Chamberlain all influenced the Premier League clash with Manchester United off the bench, the latter scored the Reds’ first two goals in the 4-1 win at Genk on Wednesday night.

On his first Champions League appearance since April 2018, Oxlade-Chamberlain fired Klopp’s side ahead within two minutes; then, in the second half, he produced an impudent outside-of-the-boot finish to double that lead.

His performance led to a question at the manager’s pre-Tottenham Hotspur press conference about whether such displays prompt ‘selection headaches’.

“None! If good games of players would give me headaches then my life would be really sad! It is just nice,” replied Klopp at Melwood.

“It’s no secret how much I like Ox as a person and as a player, but in the end it is about being ready for the specific moments.

“The goals were incredible, absolutely incredible. The second one, I didn’t see one like this for a long, long, long time, if ever, because it really was a very special moment. And the first one is something that Ox is obviously able to do, the unexpected shot. Unfortunately, he doesn’t shoot so often that it will always be unexpected.

“But it was good – no headache, just a bigger selection, more players to choose from. That’s what I do. We decided for that game because of fresh legs and we will try to find the best line-up for the Tottenham game as well.

“Of course, the last game is always important information but not the only one, so let’s see.”

During his post-match media interviews in Belgium, Oxlade-Chamberlain himself insisted his brace merely marked another positive step on his return from long-term injury. 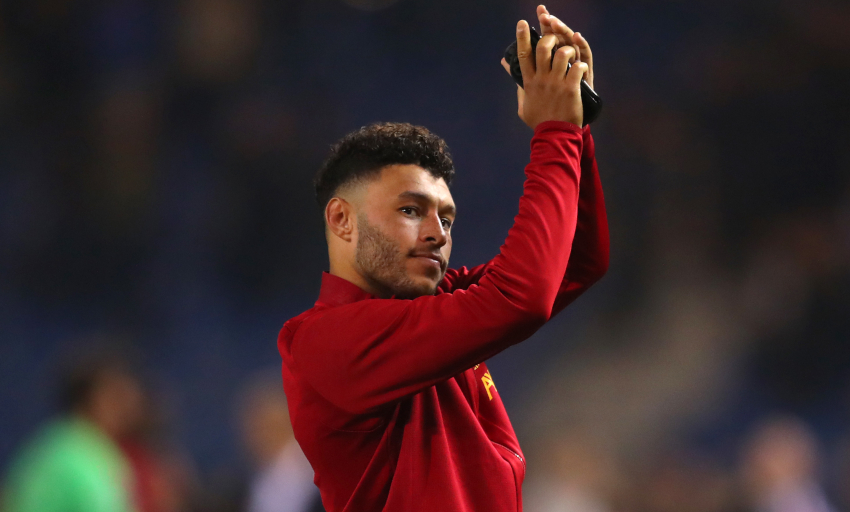 And as Klopp detailed the specific challenges of producing your top form after such a long period on the sidelines, the manager concurred with the midfielder’s take.

“It was [a] very, very serious [injury] but he is now a long time back. But the longer you are out, the longer you need to get back. That’s the problem with it,” he said.

“In the best moment of your career, you don’t think too much, you just do. It’s really about just feeling the game, doing the right stuff, using your skills. That’s the main thing you lose. In rehab you get fit again, but your flow and your rhythm, finding it is not too easy. That can sometimes happen coincidentally in a specific situation – scoring a goal, having a wonderful dribble, having a sensational cross.

“But to be really reliable again, that you can really rely on these things again, needs time. That’s why we never lost patience. Why should we?

“For a player it is more difficult not to lose patience with yourself because you still remember what you could do, but it’s not so easy to do it now. So it needs time.

“He has made big steps in the last couple of weeks, really big steps. My expectations of Ox are pretty high; I am impressed about the goals but there is still more to come. He knows that, I know that, so all good.”

In the preceding match at Old Trafford, it was Lallana who took the headlines with a late equaliser – the Englishman’s first club goal since May 2017.

Lallana was ‘close’ to starting the subsequent clash with Genk, with Klopp ultimately opting for two changes in midfield as Keita and Oxlade-Chamberlain replaced Jordan Henderson and Georginio Wijnaldum.

Ahead of the meeting with Spurs, the boss was also asked how often there will be more chances for those players pushing for places in the starting XI.

“But it was really nice to see against United how well they did and how big the impact was in a specific game. It was one of the reasons why we thought, Genk, we will have similar situations, so we should try exactly that.

“And Hendo and Gini are two of the players who play the most – they played both games for Holland and for England. It was clear they needed a break. All the players can only play their best football when they are kind of fresh. That was the perfect moment for Hendo and Gini to rest.

“Now we will see how we line up against Tottenham – there is not a ‘perfect’ line-up, there is only the best possible for us. Then in a good situation you have the opportunity to make decisive changes, if possible. For United, that was really important.

“I think a lot of subs we brought on have had an impact, so that’s massive, really massive for us. It’s a big key to be kind of successful, because otherwise you don’t have a chance.

“I was really pleased. Adam was so close to start [against Genk] as well, but then he didn’t play at all – that’s how life is sometimes.