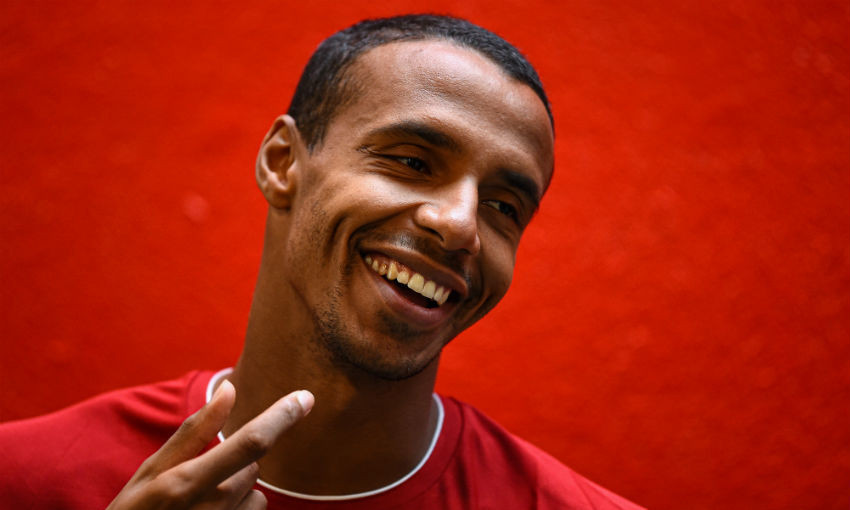 Joel Matip's eyes narrow. 'No, I haven't seen it,' comes his reply.

He is then handed a phone with the No Context Joel Matip Twitter account opened up on the display screen.

The centre-back spends the next minute or so scrolling. He laughs and laughs louder as he comes across another piece of content showcasing his unconventional manner.

The first Tweet from the account was a video that went viral. Although not on social media himself, Matip knows exactly which one it is.

After Liverpool won the UEFA Super Cup in Istanbul, the defender was inundated with messages about his celebration on the podium.

As Jordan Henderson holds the trophy aloft, a beaming Matip is in the background, repeatedly pumping both hands in the air.

The things you love to see 😍😍 https://t.co/ptjT7bHBWF

"I don't know!" he offers when asked by Liverpoolfc.com for an explanation during a recent chat. "There was no special plan for it.

"It's funny and I think I make a lot of people laugh, so it's not too bad.

"I can laugh about myself, that's absolutely no problem. I'm looking at this and I say, 'Ah, that's quite funny'.

"If somebody else would do it, I would also laugh. I would have no problem to laugh about me.

"I can laugh about some things when other people do something, but I can also laugh about myself."

It's a side to Matip that few people see - deliberately. A reserved figure, the defender prefers the spotlight to be shone elsewhere.

Attention has deservedly come his way, though, as a result of his fine performances before an untimely injury. Particularly when he set up Divock Origi in the 2-0 victory against Tottenham Hotspur on June 1 to secure Liverpool the Champions League trophy.

But Matip, as is his nature, continues to deflect the credit he receives. Even when asked to name his best habit, the No.32 declines. He doesn't "want to praise" himself.

In stark contrast to the majority of Liverpool supporters, he hasn't sought to re-watch his assist in Madrid. His winners' medal remains tucked out of sight.

"I was just happy that we scored!" the 28-year-old explains. "Because it was, for me, not a big deal. Divock did it brilliant and I didn't really do a lot.

"Sometimes you're looking at the TV and then they show the goals but I never was going to the TV to look at how the game was.

"I've got the memories and this is the biggest part and it will always stick in your mind. This is enough."

Matip downplays his life outside of football too. "Nothing special" is how he describes it.

It often includes returning home from training and sitting down with his girlfriend to watch television. 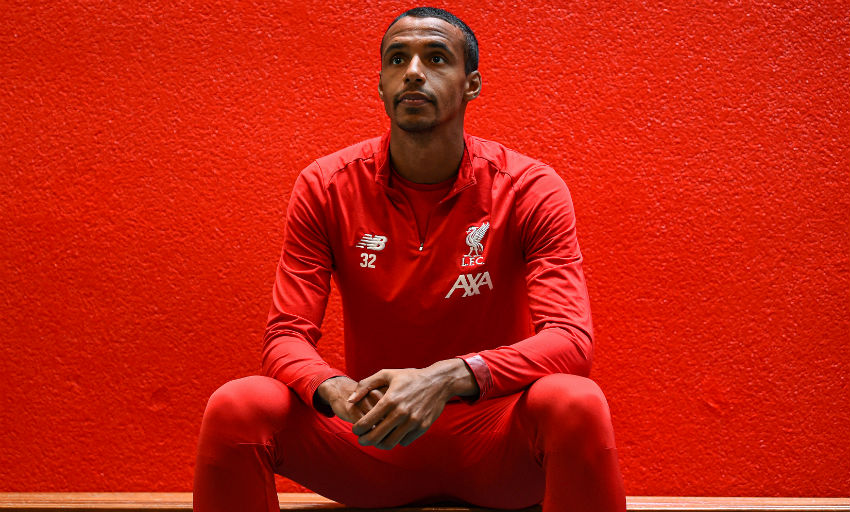 "I watch the whole programming on Netflix," he says. "From stand-up comedy to drama, everything.

"I really enjoy the time to have some private time. Football is intense and you're in the focus of the public and the people are always looking to you, so I enjoy the time when people cannot look at you!

"From time to time, of course I think about football. I'm looking at some football games of my old club or of the opponent teams. But at home it's not the biggest part, I would say, it's not like I'm talking the whole time about football."

Calm on the pitch and calm at home. Does the softly-spoken Joel Matip ever get angry?

"Of course I get angry," he reveals. "But I try to do it not everywhere. I think every person gets angry when something is not working, but I try to show this not to everyone because it will not help solve the problem if you just get angry.

"I was always like this and it'd never be the idea to really change that."

Matip says he is often asked what he wants to do post-football. He currently has no plans for that stage of his life and is fixated on the here and now.

As his moves in Istanbul prove, Matip lives in the moment. It means we can expect a lot more of him in GIF form in the immediate future.

"If I score, I don't know what I'm doing, to be honest. It's just like emotions come out and I'm just happy."