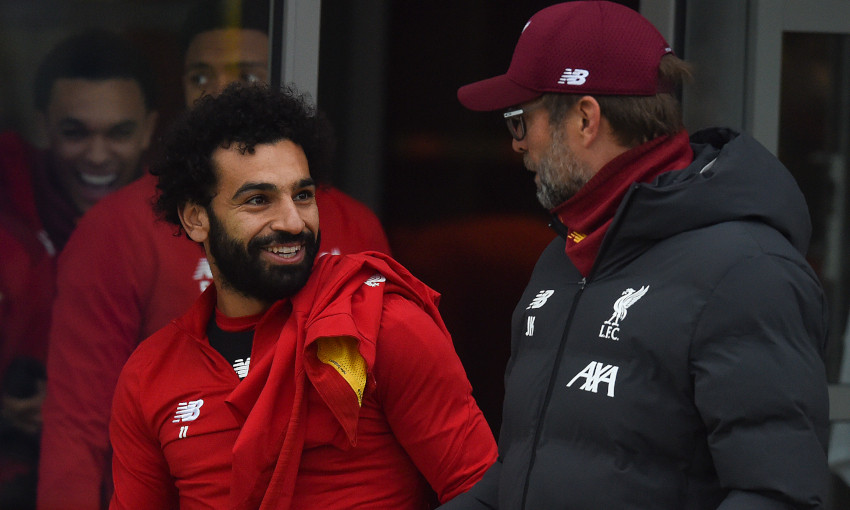 The forward has been recovering from an ankle issue that ruled him out of international duty but is in training ahead of the trip to Selhurst Park.

Jürgen Klopp explained the Reds must check the progress of Salah and several others, but Virgil van Dijk is ready to feature against the Eagles.

Asked for an update on Salah, Andy Robertson, Joel Matip and Van Dijk at his pre-match press conference, the manager said: “In the moment, yes, Virgil is 100 per cent available.

“But it’s the time of the year when players get out of the squad overnight, unfortunately, with some other things – getting sick or ill or whatever.

“From the others, I cannot say 100 per cent, I don’t know 100 per cent. Today is a very important session to judge that, especially with the players who came back late.

“It’s always how it is with the first game after the international [break], we have to wait until the last second pretty much to make the decision. Nobody came back with a serious injury or something like that but we still have to look how they are.”

On Salah, he added: “Yesterday he trained. He trained the whole time since he was here, but only the things we wanted him to do.

“Today is another important session to see how it looks and we can make the decision. It’s not that it got worse but it’s still kind of there, that’s the problem. We have to be sensible with things like this.

“But I didn’t make the decision. If I would have made a decision, I probably wouldn’t have told you now, but it’s true I have to see the session today.”