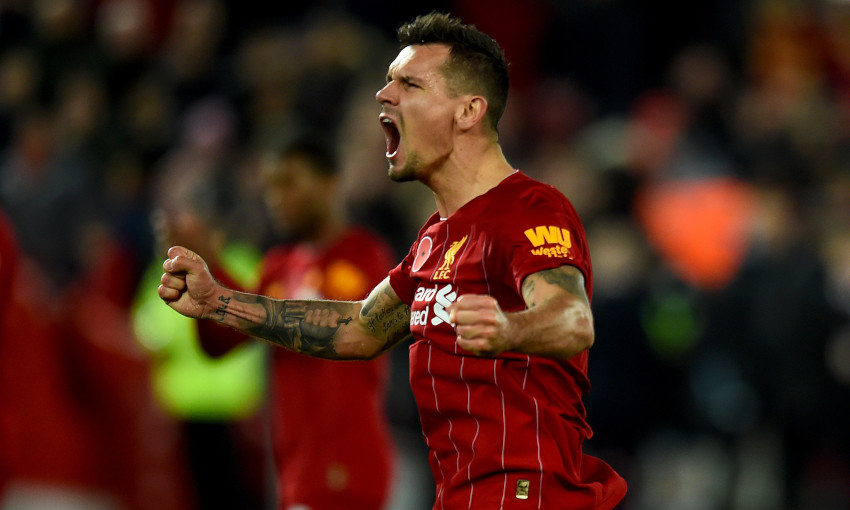 Jürgen Klopp has not been surprised by Dejan Lovren's level of performance since the defender stepped back into the Liverpool team.

Lovren has started five of the past eight games for the Reds in the absence of Joel Matip, who had previously been the most regular partner for Virgil van Dijk this term.

Klopp’s side have won all five of those matches with the No.6 – who has spoken this week of his need to be ‘patient’ since the beginning of the season – in the backline as they set the pace in the Premier League and lead their Champions League group.

“Does he have weaknesses? Yes, like you all! And I have. But not a lot and not in a football sense. He is an outstanding centre-half, that’s why it was always clear we wanted to keep him.

“But in football a lot of things are about momentum; you are not in, you are injured or whatever. And other players, with the quality we have in that position, establish themselves, play well, have rhythm and all that stuff. Then you have to wait and have to carry on working.

“It’s pretty much how it is for Joe [Gomez] a little bit; Joe is a sensational player, but the things work out. We now have games where we have to make changes and thank God they all have a little bit of rhythm and we can make changes.

“I’m not surprised that Dejan is doing well because that’s the reason why he’s here.”