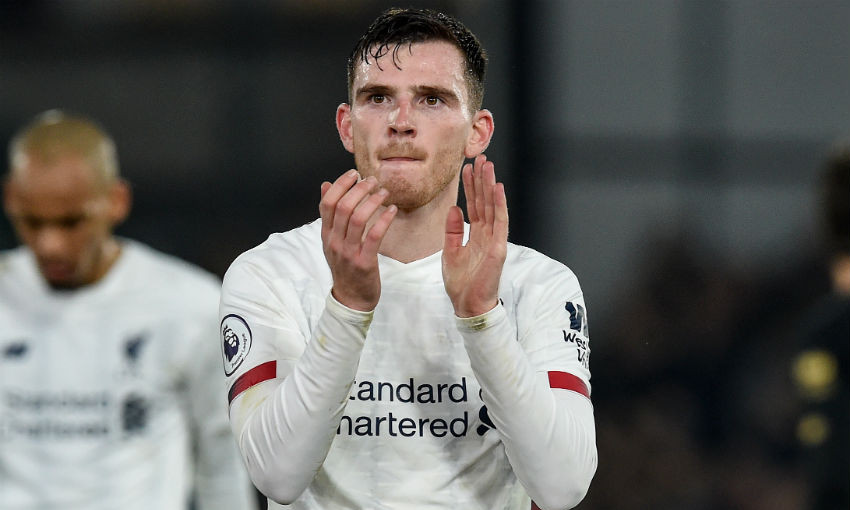 Andy Robertson hopes his ankle problem will subside given time after he played through the pain barrier in Liverpool’s win over Crystal Palace.

The left-back was forced to withdraw from Scotland duty during the international break, but managed to complete the 90 minutes as the Reds picked up a hard-fought 2-1 victory at Selhurst Park.

“It is still painful but, you know, it is something that I gave time for it to improve,” Robertson said, following Saturday’s game.

“Keeping it moving will help it. Hopefully in time it will be better. I was desperate to play and the gaffer asked me if I was OK. I believed I was and luckily I got through the game.

“Me and Mo were in the same position. Mo was desperate to play as well and the manager made the decision [to rest Salah] and Mo was fine and accepted it.

“You don’t want to miss any games but if it means him missing one game rather than six, that is a big difference.

“Sometimes you need to be a bit clever. I have come through, Mo was not needed although he was stripped when Bobby scored and sat back down. Hopefully that will give him more time to settle and hopefully he will be fine for midweek.”

The Premier League leaders once again showcased resilience and mental strength in abundance to beat Palace.

Wilfried Zaha’s 82nd-minute strike, which equalised Sadio Mane’s opener, looked set to lead to Jürgen Klopp’s side dropping points for just the second time in 13 matches so far this season.

However, Liverpool quickly wrested the initiative back from Roy Hodgson’s team and struck yet another late winner, this time through Roberto Firmino.

Despite their near-flawless results, the Reds have registered only two clean sheets in the top flight to date in 2019-20 - and that is a statistic Robertson wants to improve.

“The defence and Ali and Adrian want to keep more clean sheets, of course we do, and Palace would have been a good one to get.

“Unfortunately it wasn’t to be, but if we don’t keep clean sheets we need to be winning. We want to get back to clean sheets and hopefully we can do that in our next game.

“Hopefully we can do that and still score goals. Last season we had a better defensive record but did not have as many points, so we need to put it into perspective.

“Scoring late is good and enjoyable but we would much rather be 2-0 or 3-0 up and see out the game. We cannot keep relying on it, but it is good we have that mentality and we didn’t panic because we've been in this position so many times.

“I think that's why we took control of the game and scored the winner.” 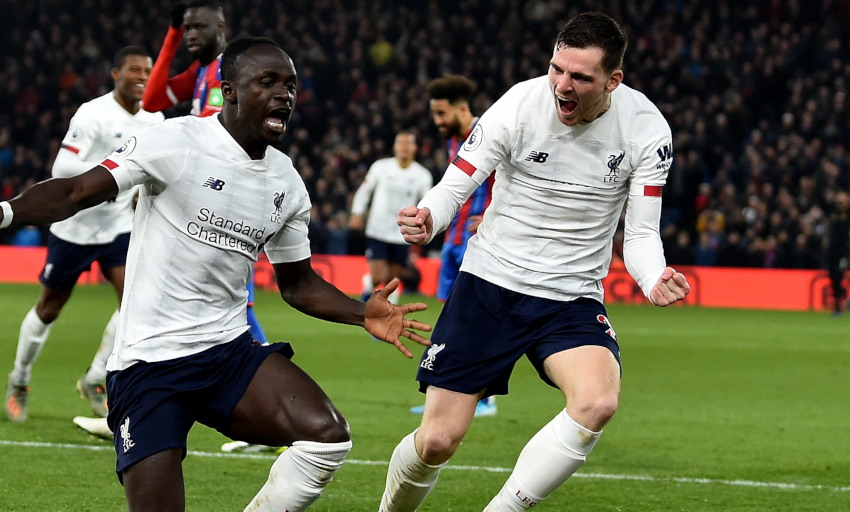 Mane’s goal at Selhurst Park was his 12th of the campaign and his 29th for the club in the calendar year.

Robertson continued: “He has been fantastic. Even when I came he was amazing but maybe did not have as much composure as he does now in front of goal.

“Now every time he’s in front of goal you don’t think he’ll miss. The one he had at the start of the second half, we were surprised he didn’t score and that is the type of player he is. You expect him to score and that is a good thing and he's popped up with another crucial goal.

“It's been a fantastic year for him and let’s hope he can keep going for a full season instead of a calendar year - that would help.

“The others are pitching in as well but it’s been a fantastic year for him and he's taken his game to another level.”