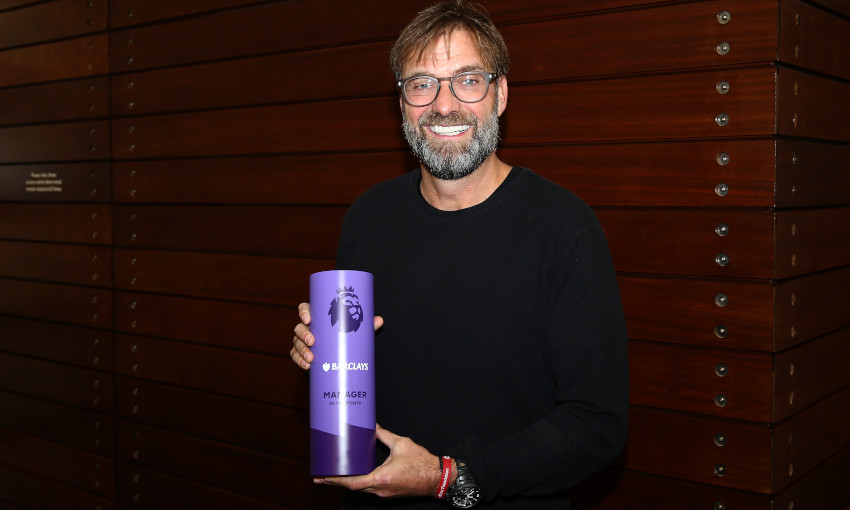 Jürgen Klopp has been named Premier League Manager of the Month for the third time this season, after guiding Liverpool to maximum points in November.

The Reds maintained their pace at the top of the division with wins over Aston Villa (2-1), Manchester City (3-1), Crystal Palace (2-1) and Brighton and Hove Albion (2-1).

The Liverpool boss was also named Manager of the Month in August and September, and has now collected the prize on six occasions since joining the club.