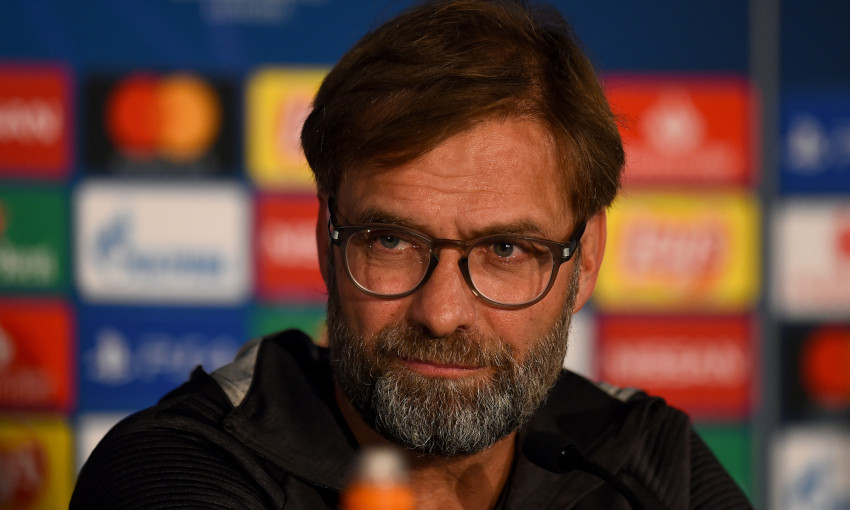 Jürgen Klopp offered his reaction to Liverpool’s pairing with Atletico Madrid in the last 16 of the Champions League, predicting a ‘tough and intense’ tie for the teams.

The Reds will return to the scene of their European glory when they face the La Liga side at Estadio Metropolitano on Tuesday February 18, before the return at Anfield on Wednesday March 11.

Klopp watched the draw at the club’s team base in Qatar as he prepares his side to contest the FIFA Club World Cup this week – and afterwards, he explained to Liverpoolfc.com why he’s expecting a two-legged tie of the highest quality.

The manager said: “It’s an interesting draw. Before the draw I actually thought it would be Madrid – either one of the two clubs – and that’s the way it is.

“Madrid is the place where we only have fantastic memories, all of us, so that’s great, but this time we play Atletico there and it’s their home ground.

“It’s a tough one, but if you go through all of the draws, there are pretty much four or five potential finals already in the last 16.

“So, really, really good; a good draw, a difficult game like it should be, but how we most of the time think and say, I don’t think Mr Simeone is running through his living room and is happy that he got Liverpool.

“It will be a tough game. Two teams who are used to playing intense football, different styles and slightly different organisation of course, but both are ready for intensity and that makes it pretty tough for both.”

Klopp acknowledges returning to the scene of Liverpool’s Champions League final victory over Tottenham Hotspur back on June 1 will be poignant, but knows there’ll be no room for sentiment come kick-off against Diego Simeone’s men.

“I think so, we’ll see,” he said, when asked if it’ll be special to head back to Estadio Metropolitano. “I think we had the home dressing room in that game. Maybe we can ask them: can we have that dressing room again! It was really nice. It was full with Liverpool signs, but I think they’ve got rid of them.

“It is fantastic. What can I say? I had one of the best nights of my life in this stadium, but this time – first and foremost – we have to go there to work and try our best.

“Then they have to come to Anfield, which is a very nice place as well.”

Liverpool v Atletico is one of several mouth-watering ties Monday morning’s draw produced – and Klopp believes it demonstrates the high quality of the tournament.

He said: “I think I said last time that it is somehow the strongest ever last 16 or last eight, but it looks like it becomes stronger and stronger every year.

“It’s good, it’s good because that’s what the Champions League should be. There were never, ever easy opponents in any round. It feels like a day since we did the job in the group stage, but it’s a week ago. It’s still fresh and we were really happy that night and we’re still happy that we can face a strong opponent in this round now.”