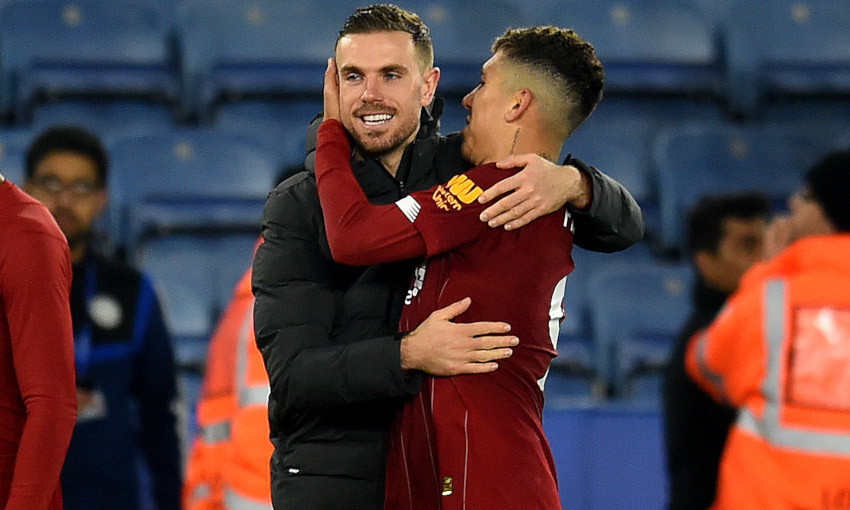 Jürgen Klopp expects Jordan Henderson to be fine after the captain was forced from the field with a knock in the final stages of Liverpool’s 4-0 win at Leicester City on Boxing Day.

A challenge with Ayoze Perez left the midfielder in visible pain and he was replaced by Adam Lallana after receiving treatment in the 82nd minute at King Power Stadium.

However, asked in his post-match press conference whether Henderson was OK, Klopp replied: "Yes. [It was a kick] on the shin.

“It was bleeding but he told me afterwards ‘I could have carried on!’, so obviously it is not so bad this time.”