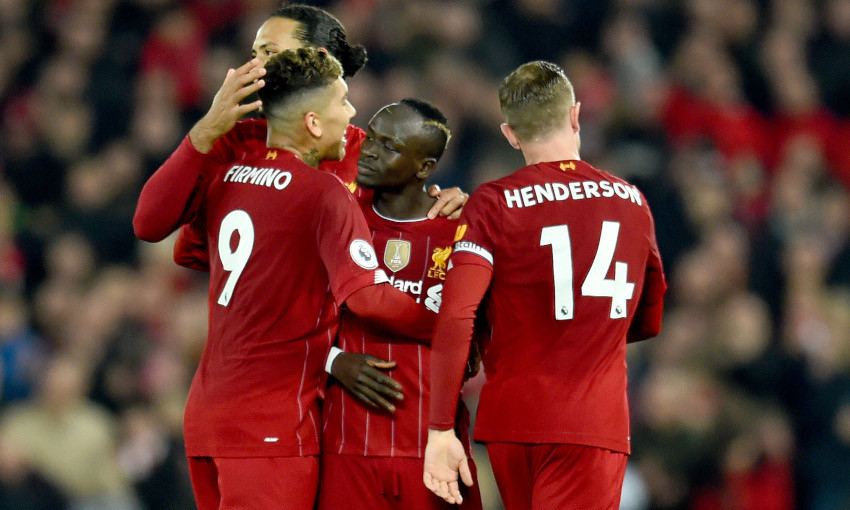 Liverpool edged out Wolverhampton Wanderers 1-0 in a hard-fought contest at Anfield on Sunday to restore a 13-point lead at the summit.

The Reds went ahead in the 42nd minute when Adam Lallana nudged the ball off for Sadio Mane to sweep in – the effort allowed to stand after a VAR check.

Wolves thought they’d levelled, however, when Pedro Neto guided a cross home in first-half stoppage-time, but it was chalked off by officials due to an adjudged offside in the build-up.

Both sides had opportunities in the second period – and Ruben Vinagre gave cause for concern when he struck narrowly wide in added time – but the hosts were able to hold on for victory.

The result restores Liverpool’s 13-point advantage at the top of the table, with the Reds having played a game fewer than nearest challengers Leicester City and Manchester City.

Liverpool’s teamsheet showed just one change from the Boxing Day win at Leicester City, with Lallana coming in for Naby Keita. Xherdan Shaqiri was missing from the matchday squad due to a slight muscle strain, so Harvey Elliott was named on the bench.

Liverpool took to home soil for the first time since being crowned FIFA Club World Cup victors with the special ‘world champions 2019’ emblem adorning their jerseys.

The prospect of restoring a 13-point lead at the division’s summit, having played a game fewer than their rivals, reflected in the early atmosphere inside Anfield.

On the pitch, Trent Alexander-Arnold was involved in the thick of the opening exchanges, firstly having a half-volley blocked before spinning in a cross moments later, which Mohamed Salah scooped over the bar from close range.

On 15 minutes, a half-cleared corner dropped invitingly for Georginio Wijnaldum just inside the area, but his chest-and-shot cleared the top of the goal.

Next, Mane’s headed lay-off from Virgil van Dijk’s long pass resulted in Salah attempting a first-time volley, which was kept out by Rui Patricio.

Mane then had a strike on the spin deflected just wide by Ryan Bennett and Roberto Firmino headed the resulting corner a foot too far the wrong side of the goal.

However, three minutes before the break, the breakthrough arrived – though only after a VAR check.

Lallana controlled Van Dijk’s pass on his shoulder, allowing the ball to break for Mane, who swept home. Initially disallowed for handball by referee Antony Taylor, it was allowed to stand following a three-minute deliberation.

Then, VAR intervened once more to Wolves’ consternation in the third minute of stoppage-time when Neto’s potential equaliser was chalked off following a check due to an offside in the build up from Jonny, bringing a frenetic end to the half to a close.

The visitors made a threatening start following the immediate resumption of the game, though it was Liverpool who went close when Wijnaldum’s header at a corner was deflected behind by Max Kilman.

Just after the hour, Firmino scooped over the bar from the edge of the box and Jürgen Klopp elected to replace Lallana with Keita soon after.

Wolves went close to a leveller when Diogo Jota took possession from Van Dijk and powered into the area, only to see his eventual shot pushed around the post by Alisson Becker.

Substitute Raul Jimenez caused worry when he stole in behind, but Gomez’s recovery challenge deflected his attempt over the bar with eight minutes left.

James Milner and Divock Origi were called from the bench for the final stages as Wolves continued to toil in search of an equaliser.

It almost arrived when Vinagre bounded into space inside the box in the second minute of stoppage-time, but he swiped wide of the near post as Liverpool claimed maximum points, Van Dijk towering to emphatically head away a corner the final act of the afternoon.