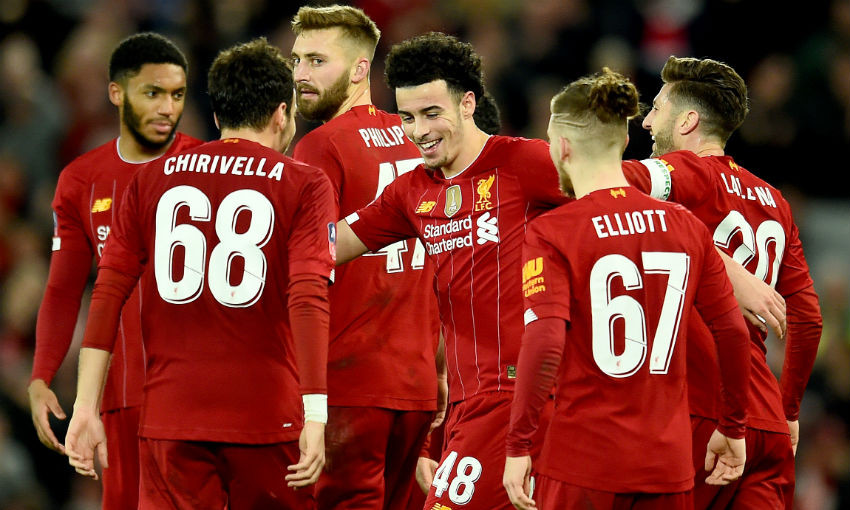 Curtis Jones’ sensational second-half strike earned a youthful Liverpool side a 1-0 win over Everton in the third round of the Emirates FA Cup.

Sunday’s 235th Merseyside derby at Anfield unfolded at a breathless tempo amid a raucous atmosphere - and was lit up decisively by Jones’ stunning 71st-minute goal.

Collecting Divock Origi’s pass, the Scouse Academy graduate arced a magnificent 20-yard shot over Jordan Pickford and in off the crossbar to elicit an eruption of celebration from the delirious home fans.

The assurance with which Jürgen Klopp’s much-changed team saw out the remainder of the tie was hugely impressive, and the Reds will be in the hat for Monday's fourth-round draw.

Takumi Minamino came in for his Liverpool debut as Klopp made nine alterations to his starting line-up, with only Joe Gomez and James Milner remaining from Thursday’s win over Sheffield United.

Milner, however, had to be replaced by debutant Yasser Larouci inside the opening 10 minutes due to injury.

Meanwhile, Harvey Elliott became the youngest player to appear for the Reds in both the FA Cup and in a Merseyside derby at the age of 16 years and 276 days. 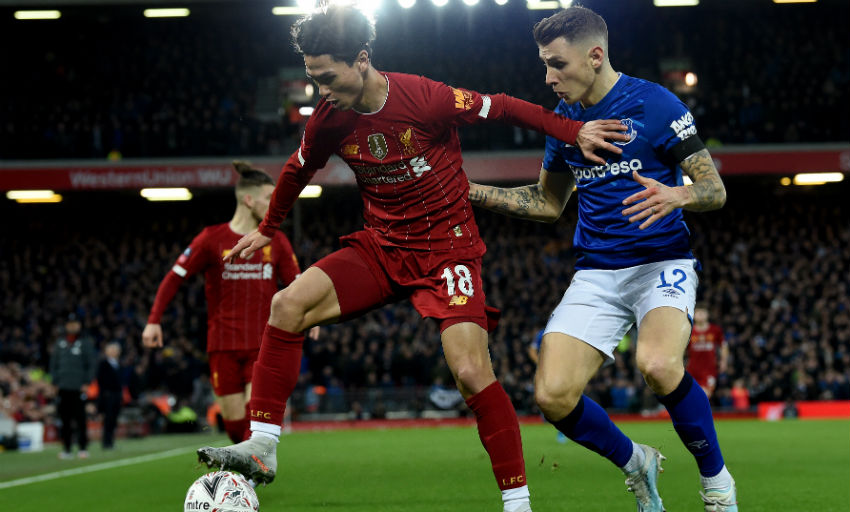 Anfield crackled with noise during a predictably frenetic opening to the game and energetic pressing by Elliott and Adam Lallana, which enabled Neco Williams to swing in a cross from the right that just evaded Origi, elicited a huge roar from the home contingent.

Adrian then reacted quickly to repel Dominic Calvert-Lewin’s low drive at the other end after Milner had intervened crucially as Theo Walcott threatened.

That was Milner’s final act before the captain succumbed to injury and the next chance was Everton’s; Mason Holgate nodding Gylfi Sigurdsson’s free-kick straight at Adrian with 11 minutes on the clock.

The next 10 minutes were a blur of high-tempo play and Lallana’s shot from distance that cleared the crossbar preceded Liverpool’s first concerted spell of pressure.

Only the final ball was lacking as the Reds strung together a series of dangerous moves, but the visitors went close to striking on the counter-attack.

Walcott’s low cross was hit firmly by Richarlison, only for Adrian to save impressively again.

Minamino, operating in the No.9 role, could have opened his Liverpool account soon after, but he glanced Origi’s fine cross from the left wide before the Belgian saw an angled low drive tipped around the post by Pickford. 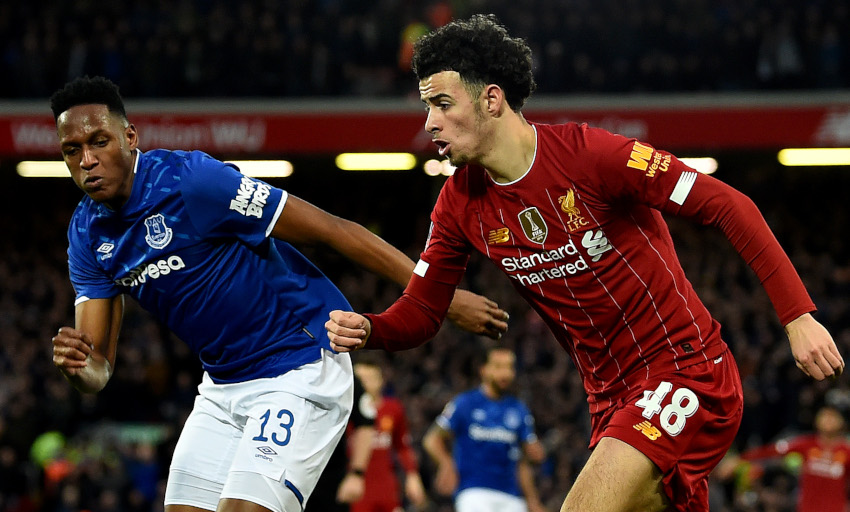 After Morgan Schneiderlin had fired over following an early corner for Everton, Liverpool worked their way into the ascendancy and a powerful, rising shot by Williams was gathered well by Pickford.

Elliott, ably aided by Williams, was becoming an increasingly influential figure, with the majority of the Reds’ attacks emanating from the right flank.

Lucas Digne was booked for a foul on the 16-year-old, who aimed the subsequent free-kick towards Nathaniel Phillips with the centre-back being crowded out as he attempted to head goalwards.

Origi’s swerving effort from way out forced Pickford into action before Klopp summoned the returning Alex Oxlade-Chamberlain from the bench midway through the half, the No.15 replacing Minamino.

And then, Jones took centre stage, the 18-year-old whipping a perfect, bending long-range effort in off the bar from just outside the area to put Liverpool ahead - and, it would turn out, into round four.

Not a bad way, or time, to score a first senior goal for your boyhood club.

GET IN THERE!! We're through to the #FACup fourth round! ✊ #EmiratesFACup https://t.co/jBPYIV46ha