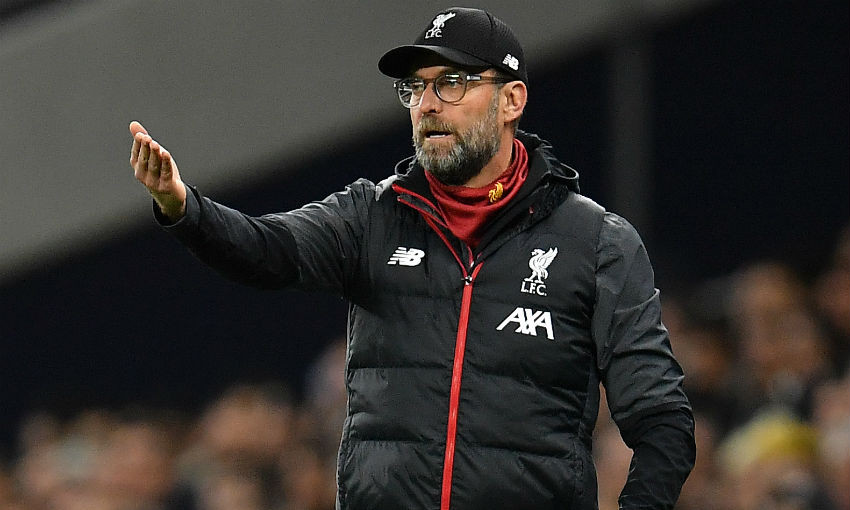 Jürgen Klopp quickly turned his attention towards Liverpool's next test in the Premier League as he expects his ranks to be boosted by players returning from injury.

The Reds host Manchester United at Anfield on Sunday after further consolidating their lead at the top with victory at Tottenham Hotspur last weekend.

Klopp is looking to make use of a full week separating the fixtures and is optimistic Joel Matip, Fabinho and Dejan Lovren will be involved in the preparations for the United clash.

"I wait really until they are on the pitch and somebody tells me they are allowed to do the full session," the boss told Liverpoolfc.com.

"It looks like Joel will be in, it looks like Fabinho will be in maybe a day later, I'm not sure. Dejan, maybe he can be in as well.

"That means a lot and helps massively of course. But we will see how it looks. The week is very important.

"The game on Sunday against United, we all know what people expect from us from that game. It will be a big one as well and we try to be ready for that."

The victory at Spurs saw Liverpool make history as no team in Europe's top five leagues has ever amassed more than their 61 points from the opening 21 matches of a top-flight campaign.

Despite such eye-catching statistics, Klopp and his players are fully aware there's still space for improvement between now and the end of the season.

"I couldn't be more happy about the result of course and about parts of the performance. But I said to the boys already, we will never start lying to ourselves," Klopp continued.

"There are parts where we can do better, you see that.

"That's what we have to make sure – that we learn that immediately again and we will.

"So now we are in again and let's carry on."