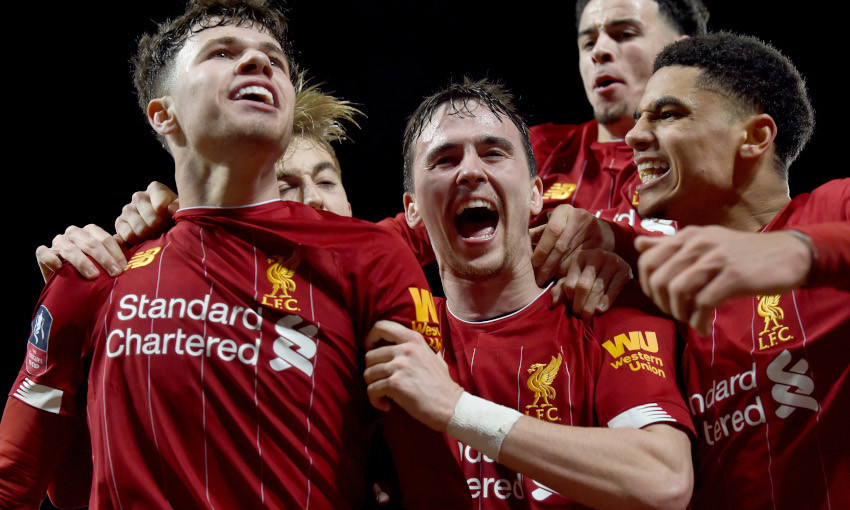 A youthful Liverpool side defeated Shrewsbury Town 1-0 in the FA Cup fourth-round replay at Anfield on Tuesday evening.

Ro-Shaun Williams’ unfortunate 75th-minute own goal for the League One club gave the Reds the lead in a lively and entertaining contest - and ultimately settled matters on Merseyside.

Shrewsbury had earlier had an effort from Shaun Whalley ruled out by VAR after he was deemed to be offside when he nodded in following Caoimhin Kelleher’s initial save from David Edwards.

Nevertheless, Liverpool’s starlets fully embraced their opportunity and duly set up a fifth-round meeting with Chelsea at Stamford Bridge next month.

With U23s manager Neil Critchley at the helm, the hosts fielded a line-up with an average age of 19 years and 109 days – the youngest ever starting XI in the club’s history. 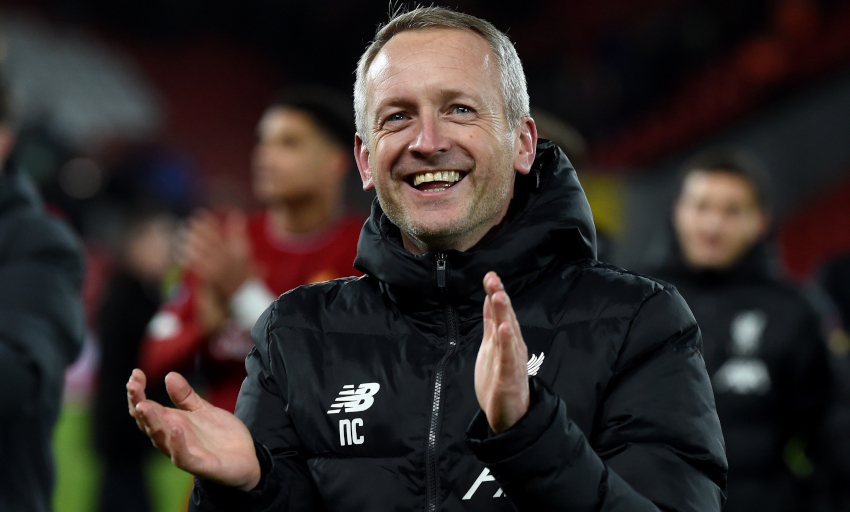 Meanwhile, in taking the captain’s armband, Curtis Jones became the Reds’ most youthful skipper of all time at 19 years and five days old.

A sold-out crowd of 52,399 welcomed the teams onto the pitch, though kick-off had been delayed by 15 minutes due to an accident on the M62 that held up the arrival of the visiting supporters.

And in the opening exchanges, the young hosts rose to the occasion as they made an energetic, confident start to the contest.

Nevertheless, Max O’Leary was largely untroubled in the Shrewsbury goal until Jones curled a free-kick into his midriff on the 25-minute mark.

Soon after, Adam Lewis’ tempting delivery from the left required a strong punch clear from the ‘keeper with red jerseys lurking around him. 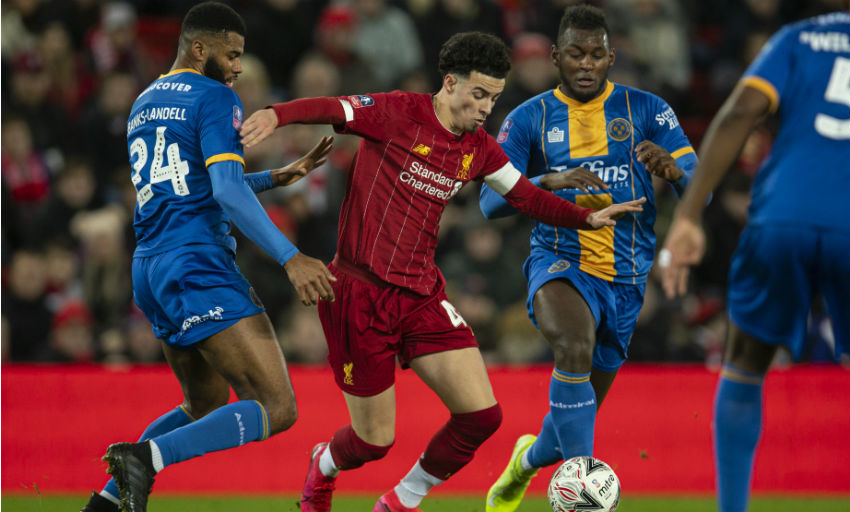 On 34 minutes, Neco Williams controlled a cross-field pass, exchanged possession with Harvey Elliott and motored into the area before sending a skimming low drive inches wide of the far post.

The full-back was presented with an arguably even better chance moments later when Leighton Clarkson hooked the ball back across goal into his path; however, a first-time thump was repelled by Scott Golbourne’s block.

Williams was again threatening immediately after the re-start, this time swiping Jones’ lobbed cross over the crossbar following a short-corner routine.

The captain for the night also had an effort from distance gathered by O’Leary – but the goalkeeper was to produce a much more difficult, and impressive, stop on 52 minutes.

It was again Williams pulling the trigger, this time seeing a side-footer destined for the bottom corner thwarted by the outstretched boot of the visiting custodian. 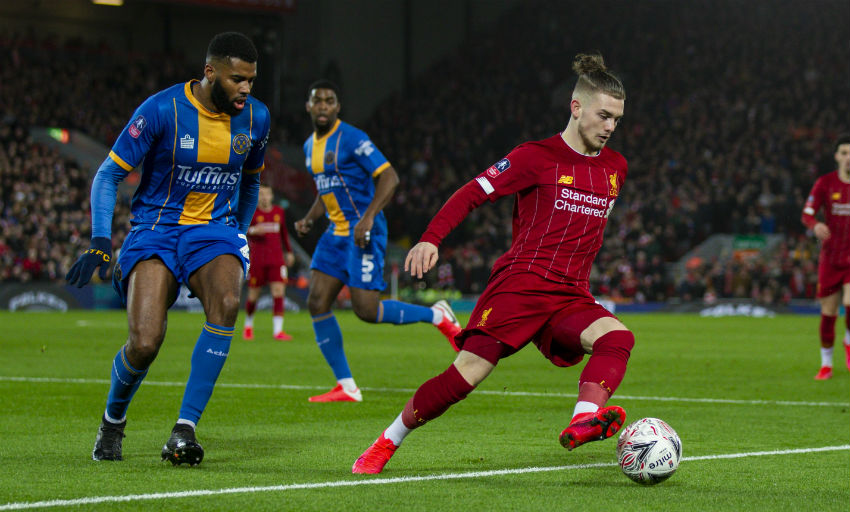 On 58 minutes, Shrewsbury thought they had opened the scoring when Whalley nodded in from close range after Kelleher’s reflex save had kept out an effort from Edwards.

However, visiting celebrations were cut short when VAR chalked it off for an offside.

Substitute Daniel Udoh’s spin-and-shot rolled wide of Kelleher’s near post as Shrewsbury began to build some momentum; however, Elliott went close at the other end when he prodded a cross goalwards, but couldn’t generate the power to push it over the line.

Then, with 15 minutes of normal time remaining, the breakthrough arrived. Williams hoisted a ball back into the area from a cleared corner where his namesake, Ro-Shaun, inadvertently headed it beyond O’Leary with Elliott lurking.

It proved to be the evening’s decisive moment and set up an FA Cup fifth-round tie at Stamford Bridge next month.