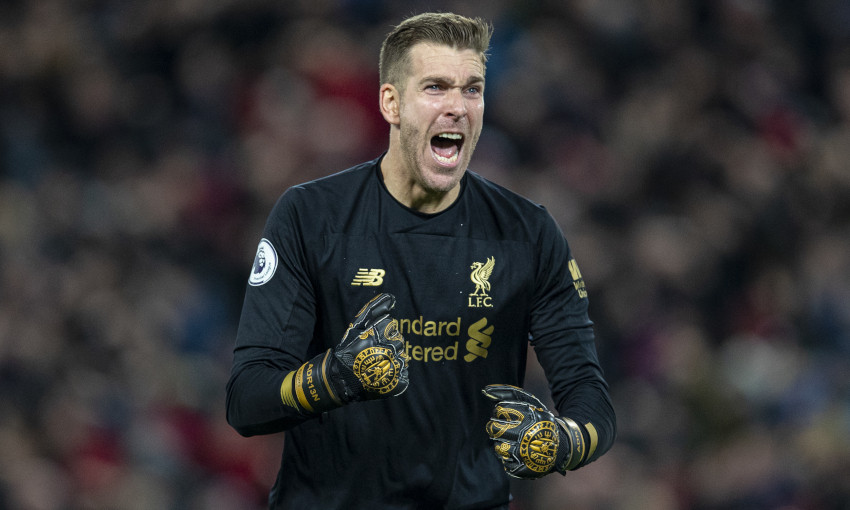 Tonight's FA Cup tie with Chelsea is the first of three successive 'finals' across eight days in three different competitions, according to Adrian.

Liverpool travel to Stamford Bridge for a fifth-round encounter having eliminated Everton and Shrewsbury Town to reach this stage.

An opportunity to bounce back in the Premier League, after last weekend’s defeat against Watford, follows at home to Bournemouth, before the Reds will attempt to overturn a deficit against Atletico Madrid in the Champions League.

Adrian underlined the importance of this run of matches as the goalkeeper sat down with Liverpoolfc.com to preview the cup contest at Chelsea.

Read our interview with the Spaniard below…

Firstly, the weekend game. How would you assess the mood in the dressing room after the defeat at Vicarage Road?

As always, being together and have the mentality to work harder than we did. It’s part of the game obviously. The problem is, when you are winning and used to winning, to lose one feels like you lost three in a row. We had the feeling inside us like we didn’t perform as well as we could. Obviously Watford did really well, this is football – you can win, draw or lose. But nobody is panicking because we are on a good run and in a good way. Our target is there. We need to win a few more games to finish the Premier League. That’s it. Just improve and learn from our mistakes – and don’t make them again.

It’s about the response, isn’t it? And the next game comes really soon against Chelsea…

That’s the great thing about football – you have the next opportunity soon. The sooner you have the opportunity, the sooner you can show everyone that was a bad game for us and we still have a good level. We’re Liverpool FC so we’re going to fight for all targets. We’re facing a new challenge on Tuesday against Chelsea, it’s going to be a tough game away from home. But it’s the cup, it’s a final, it’s just one game and we want to go there to win the game. 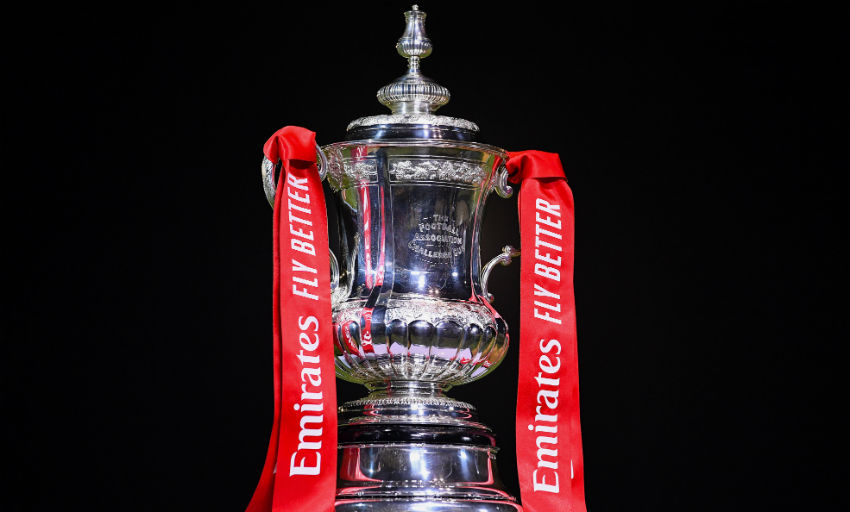 As one of the newer players here, how would you describe the appetite in the dressing room? What are they like as a group when something doesn’t go well?

At the beginning when I came into the dressing room, you can see big names – but everyone is working really, really hard every day in training. We have a nice group. And we have really good young players as well. We also have to remember Liverpool FC is there in the FA Cup because the youngsters did really well against Shrewsbury at home. The hunger of everyone is unreal, it’s unbelievable. After they got the Champions League last season the team didn’t stop. Everyone wants more. We’re still in the Champions League, we’re getting closer to our target in the Premier League and we’re in the FA Cup now on Tuesday, so we have three competitions to face and to go for them.

And the expectations are that you try to win them all…

We have three finals. The next three games are three finals for us to show that we want to be alive in all of them and win all of them. The first one is on Tuesday, we are preparing that game. We are more than ready to go there and win that game against Chelsea. It’s going to be tough but we’re going to have our supporters from Liverpool in the crowd. Then Bournemouth are coming, the Premier League is back. We need to bounce back from the defeat against Watford and we play at Anfield, so we hope to show our fans that was just a bad game and we are still there. And the next one is Atletico Madrid, it’s also going to be a really tough game in the Champions League. It’s another final as well, we need to come back from 1-0 down. We need to go step by step. Now, it’s 100 per cent focus for everyone on Tuesday.

When you do face tests, is there anybody better to have in your corner than Jürgen Klopp?

He knows how to manage; he’s not just a coach, he’s a great manager. He manages very well all the people in the dressing room, he manages the psychological and mental stuff. It’s more about us. You need to find the target, we can’t just wait for the time and wait for the game. We have to go for them from the first one; the Premier League is against Bournemouth the next one, the FA Cup is on Tuesday against Chelsea, and then our next target is Atletico Madrid. We had a nice meeting after the defeat against Watford – no complaining, not telling people what mistakes they made or not. It was just to learn about the things that happened on Saturday. It’s football; like life, sometimes you have good moments and sometimes you have not good moments. Last Saturday was not the best moment for us performing on the pitch. We are much better than that and we want to show that in the next ones, for sure. 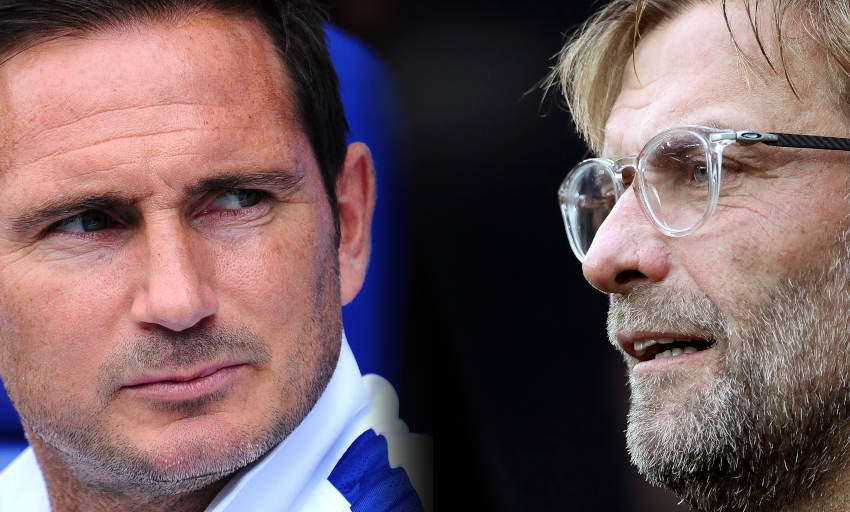 This is a competition that for you individually is so important. You want to play as many games as you can – and this can almost be your competition?

Yes, obviously it’s another opportunity for me. I’ll face the new opportunity with my best, as I always tried to do from my beginning here. In football, it’s about moments of opportunity. This is a big game to play to show everyone that I’m here to help the team and I’m always ready. I’m just looking forward to the game.

Everyone wants to be involved. As a football player, we are a bit egoist in this time because you want to get some more minutes and play games and be involved in the biggest targets of the club. We know we are a big squad and we also have good young players. So we’ll see the manager’s decision on who plays on Tuesday, but we are a strong team, for sure, to face Chelsea away from home.

The youngsters will want to see the FA Cup campaign continue now, having stepped up to beat Shrewsbury Town at Anfield...

As I say, we are a good squad – not just 11 players that play. The youngsters, they did great in that moment. It was not easy for them to face this kind of pressure in Anfield, but they were supporting the lads really, really well. They felt confident and at the end they got a result that everyone wanted. We are still alive in the FA Cup because of them, so I just say thank you to all of them. They also have the opportunity to keep playing because the manager is showing that he is giving the opportunity to everyone.

It must have brought a smile to your face, those scenes at the end of the match and the celebrations?

I was away with a different time and it was really late. I was on the bed just watching the game, my kids and my wife were sleeping. I was watching the game with my dad. We were really nervous at the beginning because it’s Liverpool playing and you are not there to try to help from any place. At the end it was a great feeling. They did well, they played well, they showed that Liverpool FC’s youngest team are more than ready to help with the first team as well. Everyone finished with a smile on the face.

Curtis Jones captained the side against Shrewsbury and scored the winner against Everton. He’s been around the first team for a while now, so how do you see his progression?

Curt is doing really well, I see him training every day. He is a quality player and he has many abilities. He’s really young but he’s learning a lot, training every day with first-team players and experienced players to give him that experience. So every time he’s playing, he wants to show to everyone that he’s a top player. Obviously he has this gap to still learn and to still improve, but he’s in a good way. He’s a magnificent player that can help Liverpool soon and now he’s also helping us in the moment when he plays.

Liverpool and Chelsea has always been a massive rivalry. Why is this game so important?

It’s so important because it’s the next one, and the next game is always the most important, as we say in the dressing room. It’s the only game we have to be focused 100 per cent. It’s a final because we need to win there and we know there’s no more replays, so we have to finish the game in London. Chelsea is playing at home with their fans and obviously they want to get the win as well. But as I say, we are a really strong squad – it doesn’t matter the players that play, everyone wants to be involved and wants to show that we are on a good level. Also the last game in the Premier League was not the best, so we [need to] come back again as strong as possible and get a good result there on Tuesday.