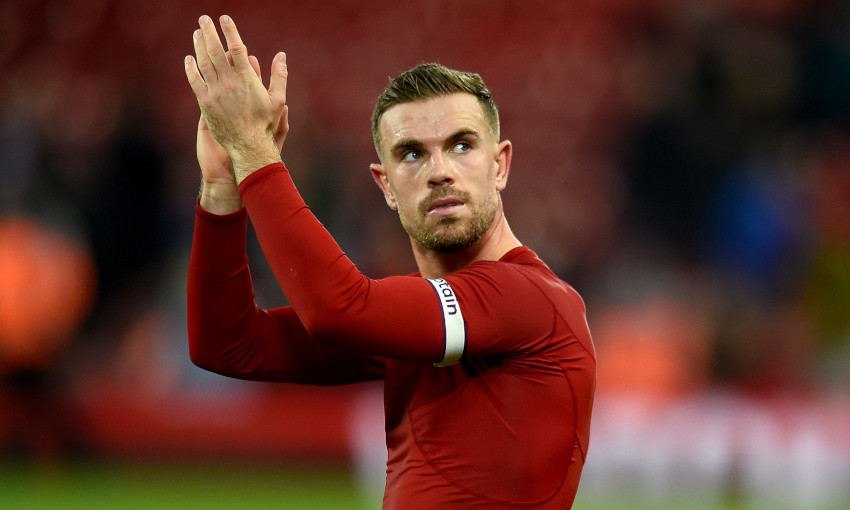 Jordan Henderson has used his matchday programme notes to pay tribute to three members of Liverpool staff who have left the club for new challenges.

Andrew Massey and Richie Partridge have departed the medical department at Melwood, while Neil Critchley left his role as the Reds’ U23s manager to take charge of Blackpool.

In his column ahead of today’s Anfield clash with Bournemouth, the captain declared the appreciation felt for the trio’s contributions.

“There have been a couple of significant departures from our set-up recently and on behalf of the team I want to use this column as a chance to say a big thank you for their contribution,” writes Henderson.

“Our doctor, Andrew Massey, one of our physios, Richie Partridge, and the U23s coach, Neil Critchley, have all chosen new and exciting challenges.

“Doctor Massey and Richie were popular, trusted and respected figures at Melwood. The relationship between players and medical staff is always a close one – it’s the nature of what they do.

“As a dressing room we’re pleased they’ve left on great terms. Both are welcome back anytime they wish and will remain part of the LFC family because of their contribution.

“Critch is a little different, because being based at Kirkby means some of us had limited contact with him. That said, the younger players who are now part of the first-team set-up speak about him in amazing terms and when he was in and around the first-team set-up he was always impressive.

“We’re very grateful for how he’s helped shape a number of the young pros in our dressing room and also for the manner in which he led the team twice this season in difficult circumstances against Aston Villa and Shrewsbury Town.

“I’m sure he won’t need it, but we wish Critch all the luck in the world at Blackpool and hope he makes a success of a great opportunity.

“As Alex Inglethorpe, the Academy director, said, it shows there is a pathway to progression and improvement at Kirkby for coaches as well as players – and that’s going to serve the club well in the future.”