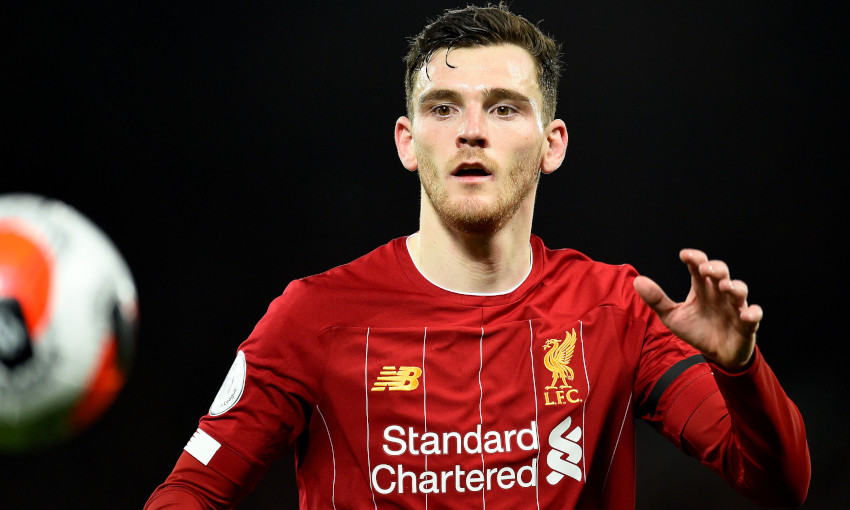 Liverpool will need to conjure up their ‘full package’ if they’re to topple Atletico Madrid’s one-goal advantage and progress into the Champions League quarter-finals, insists Andy Robertson.

The Reds are aiming to reverse the 1-0 defeat suffered in the first leg of the last-16 tie when the teams meet once more at Anfield tonight.

And while Jürgen Klopp’s side’s memorable comeback against Atletico’s fellow La Liga side Barcelona last May is still fresh in the memory, Robertson believes this evening’s contest will conjure up a different kind of challenge.

“Barcelona came out, attacked and tried to get the goal they thought [meant] we would have to score five or whatever.

“I think Atletico will come out, try to pose a threat, attack us and try to get a goal because they know they can fancy themselves to defend it. They are an unbelievable team at defending deep, at defending in the low block and things like that.

“It was very hard to play against; we gave them the early goal and they seemed happy with that. We found it tough to break down – we never had a shot on target and that proves that.

“We know how tough it is going to be, we know how good they are and we really need to bring our full package against them.”

Part of that ‘full package’ is a fast-paced, aggressive, positive start – supported vociferously by Liverpool fans in the stands.

Robertson was keen to underscore the impact the 'Anfield factor' can have, both on those in red and their opponents.

The Scotland captain added: “We always look to start the game fast, whatever game, but if we can start on the front foot, then we know the fans react to that, Anfield reacts to that and it creates a fantastic atmosphere.

“That’s what we need, we need everyone to be in the mood of the Barcelona game effectively because the fans were incredible that night. We need them again, we need our same attitude again and if we do that then we believe we’re good enough to win the game.

“Whether it’s enough, that’s to be seen, but we believe we’re good enough to win any game of football and we need to show it. We need to be fresh in mind, be ready to go and if we have setbacks not let them get to us, just keep going and going. If we do that then hopefully we do enough to go through, but we know how hard this game is going to be and Atletico have our utmost respect in how they go about their business.”