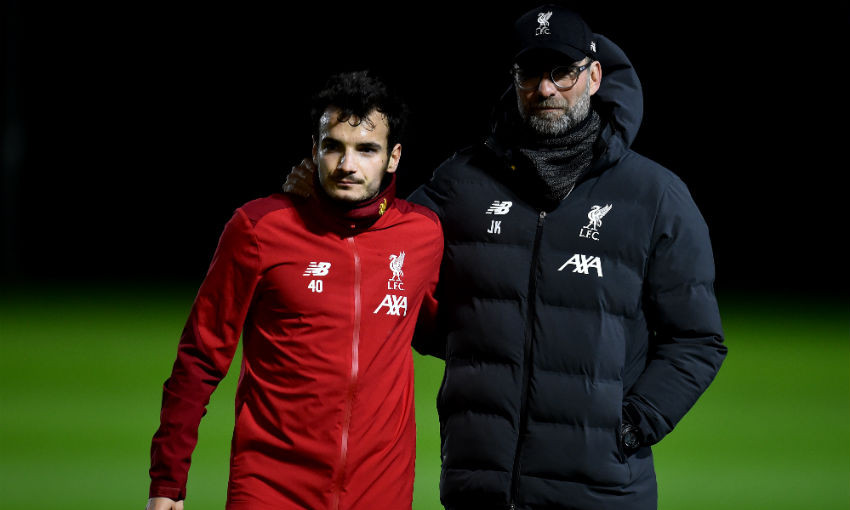 Pedro Chirivella is absorbing every last drop of guidance and experience from being around Jürgen Klopp's Liverpool this season.

The Spanish midfielder has made six appearances for the Reds in 2019-20 – all of which have been in the domestic cup competitions.

Those outings and training regularly at Melwood with the Champions League and FIFA Club World Cup winners has the 22-year-old believing this is something of a landmark campaign in his career.

He told Marca: "It has helped me grow personally. I am in the best team in Europe and with the best coach in the world.

"Every minute you play and, above all, each day of training that you share with all of them allows you to improve. So this season has been very important.

"It is the best squad in Europe. The midfield is a very high level, world-class players and it is very difficult to enter.

"Fabinho, Henderson, Wijnaldum – spectacular footballers from whom [I am] proud to learn every day. I try to fix on everyone to improve."

On what it's like to work under Klopp, Chirivella added: "Very good. It is as seen on television. He is a very close coach to the players, he gets along very well with everyone.

"I think that the union and friendship that exists between all of us is key."