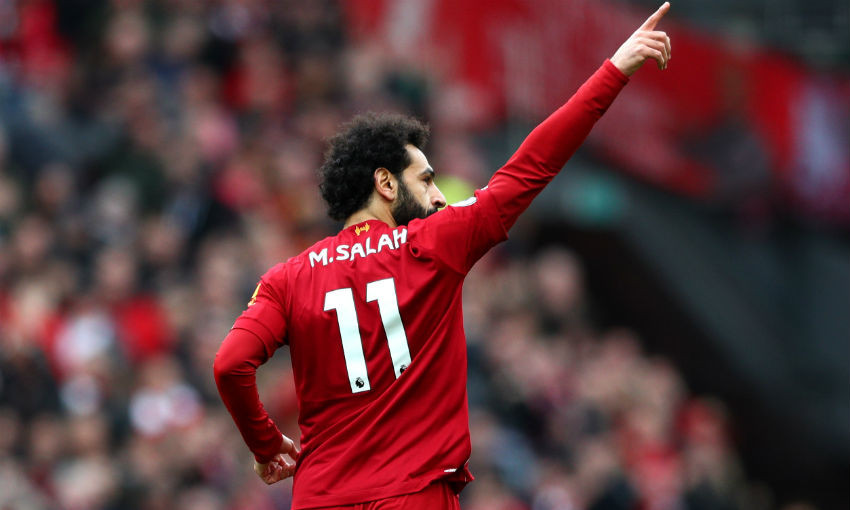 Don't put it past Mohamed Salah bringing up his century of Liverpool goals before the season's conclusion.

There’s nine games left in 2019-20 and the Egyptian needs the same number of goals to bring up 100 for the Reds.

It's another interesting subplot to keep an eye out for as we get ever closer to Liverpool's return to action as they face Everton at Goodison Park on Sunday evening.

Salah is looking to reach the next milestone in his Reds career, having already achieved so much in his 144 appearances for the club.

Watch: All of Salah's 20 goals so far this season

In October 2018, the No.11 made history by netting 50 strikes in the fewest number of games after scoring against Red Star Belgrade at Anfield.

It took him just 65 appearances to produce his half-century, beating Albert Stubbins' 77 matches.

However, Salah still has a shot at securing second spot in the list of iconic Liverpool frontmen.