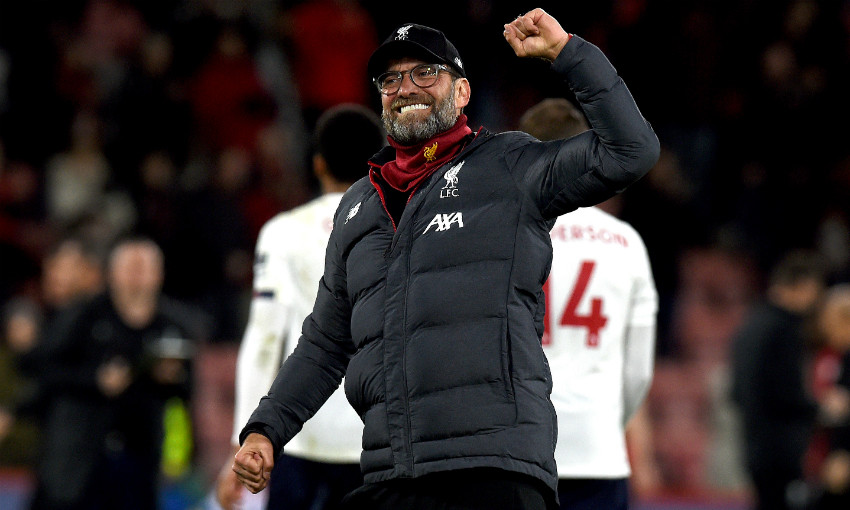 Check out a range of incredible statistics and landmarks Opta have provided following Liverpool’s confirmation as Premier League champions.

Jürgen Klopp’s side ended a 30-year wait to deliver the top-flight crown, breaking a host of records along the way.

Between October 2019 and February 2020, the Reds won 18 consecutive league matches, a joint-record by any club in the English top flight. This run came after Klopp’s men had also embarked upon a 17-match winning streak between March and October 2019, which is also the third-longest such run in the Premier League. 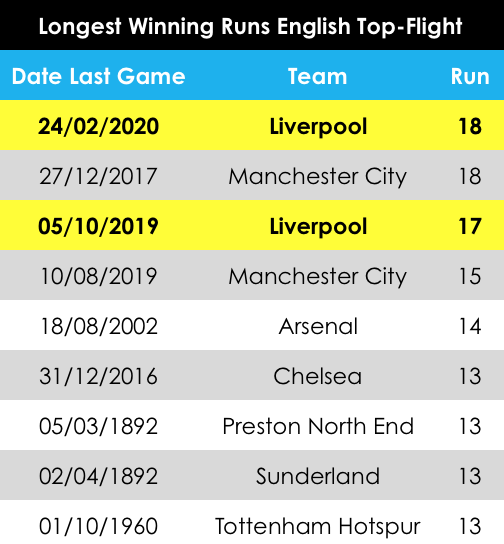 Liverpool achieved an unbeaten run of 44 Premier League matches from January 2019 to February this year – second only to Arsenal’s 49-game run ending in 2004 in the history of England's top division.

From February 2019 to June 2020, the Reds won all 23 of their home league games, surpassing their own previous top-flight record of 21 home wins in a row set under Bill Shankly in 1972.

In 2019-20, Liverpool have beaten all 19 of the other teams in the Premier League, the last of which being West Ham in January. By that stage, the Reds had won 23 of their first 24 Premier League games of the campaign and had beaten every other side they had faced in a single top-flight season for the very first time in the club’s history.

Liverpool were confirmed as Premier League champions with seven games of their season left to play – and this is the most fixtures remaining of any side upon confirming the English top-flight title in history. 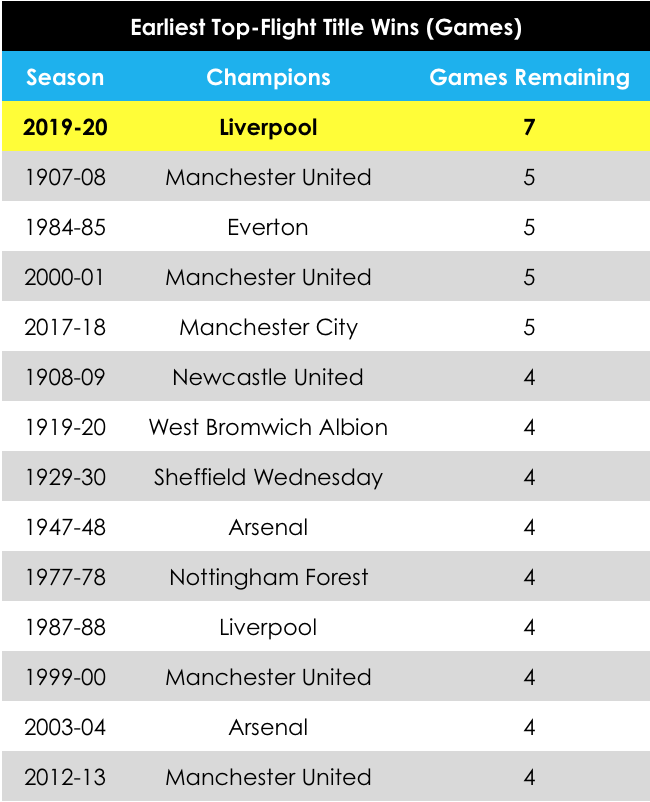