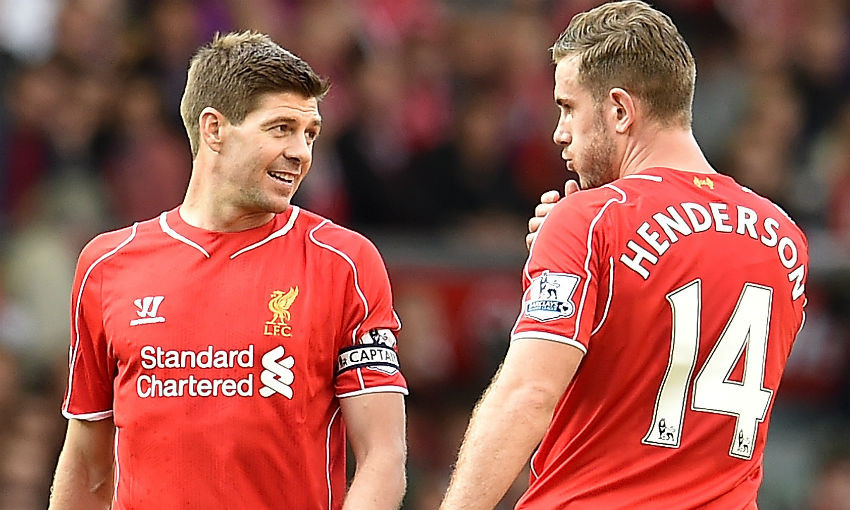 Manchester City 4-0 Liverpool: How it unfolded

Jordan Henderson’s joy at captaining Liverpool to the Premier League title is intensified by the knowledge of how much the feat means to Steven Gerrard.

The domestic crown was, of course, the only major honour that eluded Henderson’s predecessor during his glittering Anfield career - and the skipper has explained why ending the club’s 30-year wait feels extra special to him.

“The manager mentioned it… this is not only for us as players and the fans, but it is also for players like Stevie and also Kenny [Dalglish] who mean so much to this football club,” Henderson said.

“And, yes, this one is quite personal for me and, definitely, to do it for him is quite big. When I first took over the role of captaincy, when people might have doubted me and criticised me as a person, I always said no one will replace Steven Gerrard at this football club. No matter what captains or teams win. No one will ever replace him.

“It wasn’t even in my mind when I took over the captaincy to replace him. It was just to do the best I could, the best for this football club and this team and that is all I ever try to do.

“In terms of Steven Gerrard, no one will ever replace him.”

Henderson went on to state that he expects Jürgen Klopp’s reigning English, European and world champions to continue striving for more success.

The captain said: “The mentality of the lads will never change. Look, I know what they’re like and I know they’ll want more.

“They’ll want to keep going and keep improving because the hard bit now is continuing that consistency and intensity to keep going at the highest level, keep winning trophies.

“That’s going to be a new challenge for us to cope with and I’ve got every confidence from us that we’ll meet it. It’s not particularly hard, to be honest, when you’ve got the group that we’ve got and the lads we have.

“We have leaders within that and we see the manager as being someone who would never let any distractions get in the way of what we’re trying to achieve. After the Champions League [final] you could have asked would they still have that drive, that hunger to go on and win more? And I think we have proven this season we do.

“It’s been a special journey so far but I hope it can last a lot longer and there’s a lot more to come because we can still do better and still be better.”