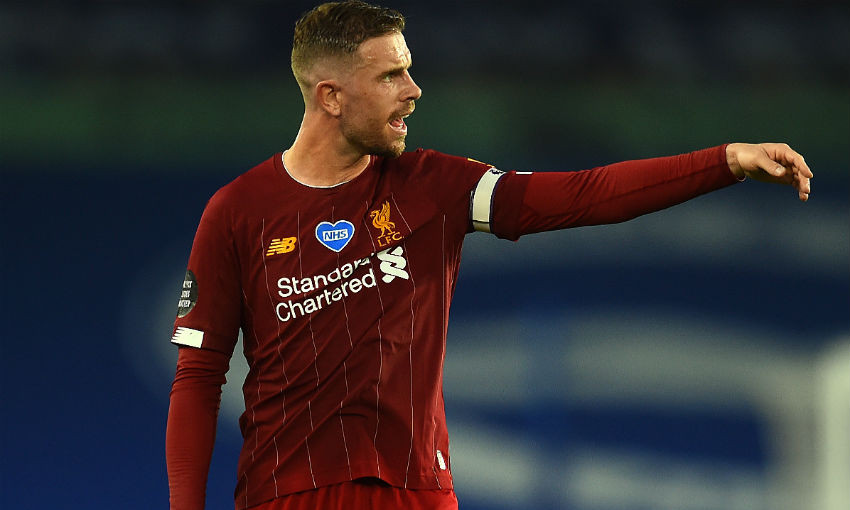 As it happened: Liverpool 1-1 Burnley

Jürgen Klopp today confirmed Jordan Henderson is set to miss Liverpool’s final four fixtures of the season due to a knee injury, but is optimistic he will be ready for the start of next campaign.

The captain sustained the issue in the final stages of the champions’ 3-1 win at Brighton & Hove Albion on Wednesday night.

A scan has revealed the extent of the problem and that Henderson will miss the concluding matches of 2019-20; however, Klopp admitted the news is as good as the Reds could have hoped for with no surgery required.

Elsewhere, Dejan Lovren has resumed full training and could come into contention for Saturday’s fixture with Burnley at Anfield.

Klopp told his pre-match press conference: “Hendo is actually really the best possible of all the bad news. It is a knee injury, but no surgery needed.

“He will not play anymore in the latter stage of this season but I am pretty positive he will start with us the new season. We were all concerned in the moment we saw him in going down and when he left the pitch and stuff like this.

“Yesterday when we got the news, it was a big relief for all of us. It is not cool, obviously, but it is the best we could get. Hendo will be back; he is a quick healer and he will be back soon.”

On Lovren, who hasn’t been involved in the last three matches, Klopp added: “Dejan is in full training now again and is available.”