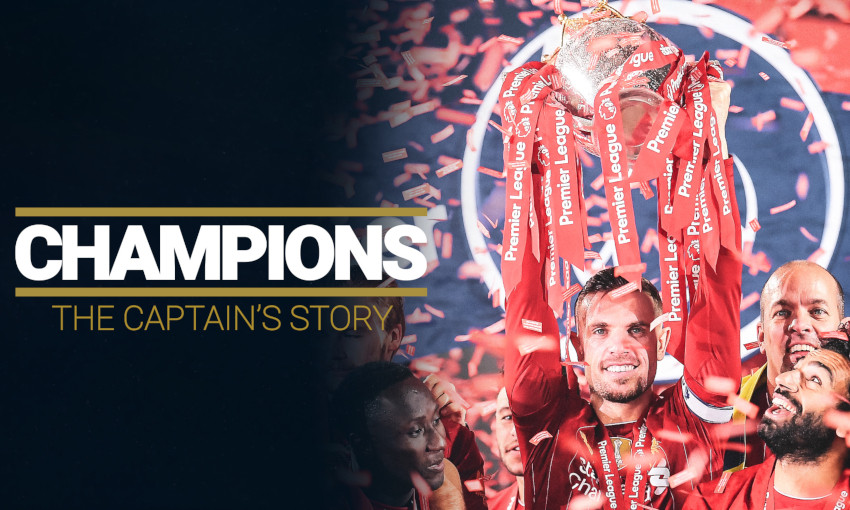 Jordan Henderson believes Liverpool's Premier League title success is made all the sweeter because of the hurdles he and his teammates have had to overcome in order to reach the summit of English football.

Henderson, who succeeded Steven Gerrard in 2015, became the first ever Reds captain to lift that particular trophy, ending the club's 30-year wait for the top-flight crown.

Considering his own journey towards that momentous occasion on Wednesday night, the midfielder feels moments of hardship make a person stronger and ensures the triumphs are even more satisfying.

"That’s why it means so much," Henderson told Liverpoolfc.com in an exclusive interview.

"No-one sees the tough part, no-one sees the hard work that has gone behind the scenes and what you’ve been through not only as an individual off the pitch, but also through your career on the pitch. Nobody gets to see that side.

"To go through everything that I have, and the lads as well, that’s what makes it more special and emotional when you do get to the point of achieving your dreams.

"That’s why I am so happy, because I see how hard the lads work every single day, I see different stories from where they’ve come from and how hard it’s been for them.

"So, when I see them lift the trophy – whether that’s the Premier League, Champions League, World Cup Championship or Super Cup that we’ve got out there – I’m so proud of what they’ve done and so humbled to be a part of it.

"I just want them to continue on that and I’m sure they will. I see them in the gym, I see them working as hard as they possibly can, every single day, on that training pitch.

"If we stay together and do that, then I’m sure we will have more happy memories to come in the future.”

When asked if there was a particular setback he's most proud of overcoming, the midfielder replied: "There’s been so many.

"There have been so many low points, so many setbacks throughout my career and my life that there certainly wouldn’t be one that I look to.

"We want more and you’ll never forget the low points, they are the things that drive you and give you extra motivation and energy.

"I will never forget that, no matter how many trophies we win; you will always remember and it always still hurts, certain moments within your career and in your life.

"I will always use them to motivate me to do more and want to be better.”

On the trophy lift itself, Henderson managed to successfully battle a season-ending knee injury to perform his trademark shuffle prior to raising the honour aloft.

The No.14 was also repeatedly questioned by his teammates in the build-up about performing his now-iconic act.

The 2019-20 Football Writers’ Association’s Footballer of the Year details: “Yeah, they were on my case straight away – I had a bit of pressure! The gaffer came straight up to me and said the first part of rehab was the shuffle for the trophy lift.

"I’ve been doing everything I can over the last few weeks to be ready but, thankfully, the physios got me ready and I managed to do it.

“[The trophy is] quite heavy, yeah. If you go and pick it up now it will feel quite heavy, but obviously when you’ve got the adrenaline running through you and the emotion, it’s as light as a feather.”

Watch our exclusive Champions interview with the captain in full on LFCTV GO now. You can start a free one-month trial of LFCTV GO now and this can be cancelled at any time.