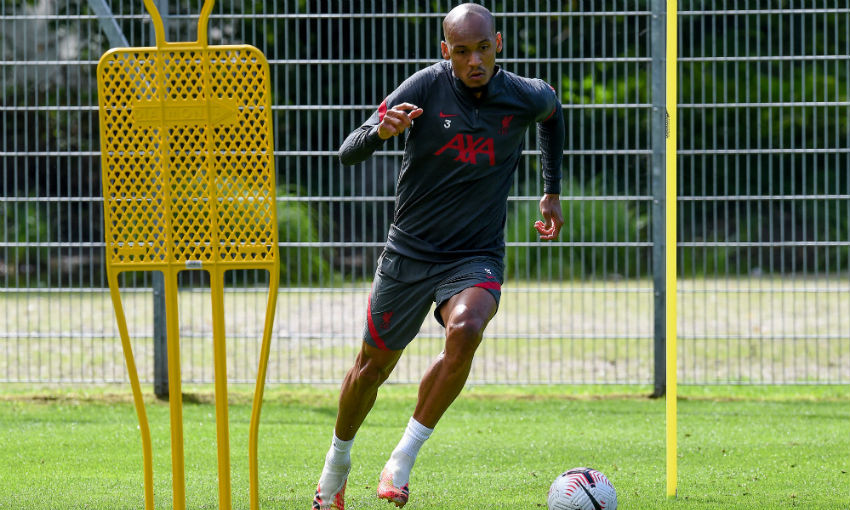 Witnessing his long-range piledrivers versus Manchester City and Crystal Palace in 2019-20, it's a thought Jürgen Klopp has had, too.

"He always talks about that I have to shoot more because I have this quality," Fabinho tells Liverpoolfc.com from the team's pre-season training camp in Austria. "I will try.

"I know I can do this, I have to try more in the games. Sometimes I have the chance to shoot more from long distance and I didn't do this because I prefer to pass.

"But I scored two nice goals last season and I just have to train this and try a bit more in the games."

Fabinho is heading into his third campaign as a Liverpool player, having joined from AS Monaco in the summer of 2018.

The Brazilian has made 80 appearances for the side that has lifted the Premier League, Champions League, FIFA Club World Cup and UEFA Super Cup since he signed.

Flaco – as he's known by teammates, a South American term for 'the skinny one' – is hoping for similar levels of success, if not better, in year three.

"I am always an optimist with this," the No.3 continues. "I try always to be better, to learn, to keep working.

"My first two seasons were good. Collectively it was very good and individually I think it was good as well. I will try to be better in the next few seasons.

"The club is very special. Since I came here the guys helped me a lot, the staff helped me a lot. I feel really like I'm at home now and I have a nickname!

"It's a very nice club and my relationship with my teammates is very good as well."

After a short break, the Reds have started preparations for the defence of their top-flight crown in scenic surroundings on the outskirts of Salzburg.

The squad are putting in the hard graft as they look to keep up their trophy-laden run.

Fabinho said: "It's very good to be back with the boys. I've missed the training sessions, the intensity.

"So it's a bit hard in the beginning but this will help a lot in the season and I am very excited to start again, to try to play best and win trophies as well.

"We are Liverpool and we have a very good mentality. We are very happy with the title last season but now we start again.

"We have a very good thing to keep going, to keep this line of work. We just have to work like always and try to win many more titles because this thing is very good and very special."