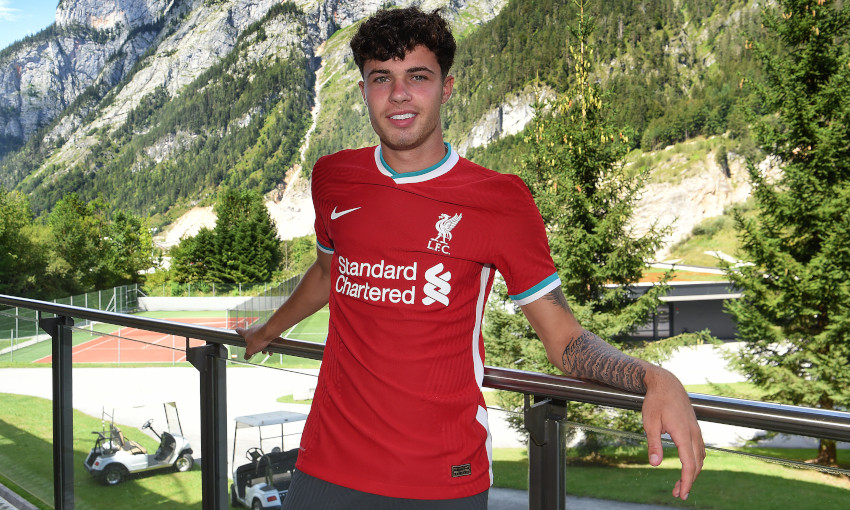 The 19-year-old put pen to paper on the contract at the champions’ pre-season training base in Austria after a breakthrough 2019-20 campaign.

And offering his reaction to the news at the team hotel on the outskirts of Salzburg, Klopp underlined why he is so pleased to have secured the long-term future of the defender.

“I think Neco is – how young players are – they are kind of ‘projects’. I don’t want to use that word, but with my English I don’t have a better one. There is a lot of work to do, but there is already a lot of skills and potential there and that makes it so exciting.

“Neco from the first day he trained with us, he trained like a machine. Every day he became better and better and better and I thought, ‘OK, what’s that?!’ Unfortunately then, in the moment he started playing for us, I saw it, he got a little physical knock, like it was always really intense all of the time. But then he had to play.

“The last game of the season against Newcastle is a really good example – first half, struggled slightly, [but] second half he was there.

“That’s exactly him in the moment and there is so much positivity about this kid that I am really happy we have him here. That’s very important for me because he is our boy and it is the perfect place for him in the moment because we don’t rush his career.

“We want to prepare him for his career, yes, and in his position in which he will probably play, there is a really, really good player in that position. But Trent cannot – and should not and never did – play 500 games a season, so we need to have options there. Neco is as close as possible for his age group.

“He has a lot of things that we really like, so I am really, really happy that he signed this contract.”