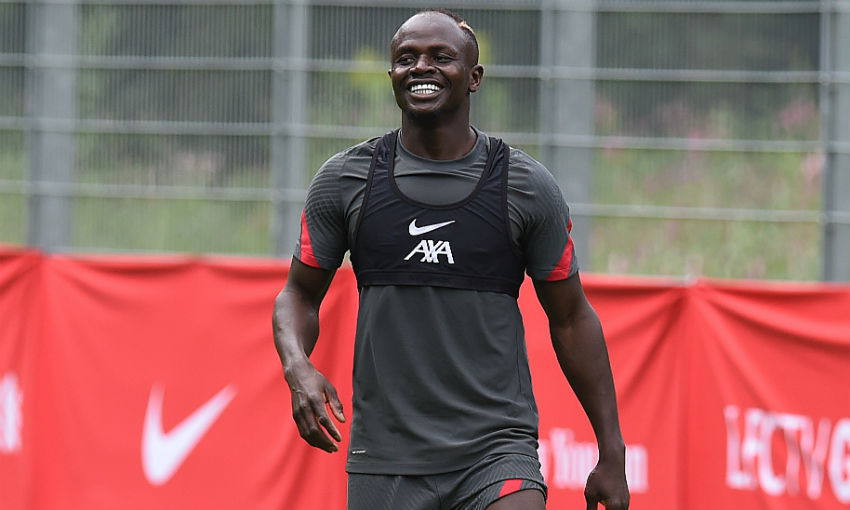 Sadio Mane is targeting personal improvement in the season ahead after recently being named Premier League PFA Fans' Player of the Year for 2019-20.

Football fans all over the country recognised Mane's terrific displays in the previous campaign, voting for him as he pipped Manchester City's Kevin De Bruyne and teammate Trent Alexander-Arnold to the honour.

The Liverpool No.10 scored 18 times and produced seven assists in the top flight last term en route to winning the championship, but insists he's now looking to raise those levels.

Speaking from the Reds' pre-season training camp in Austria, Mane told Liverpoolfc.com: "In part of football it's no secret, you just need to push yourself always and try to work harder than you did before.

"I was really happy and I want to say thank you to all the fans around the world who voted for me.

"It has been an amazing season for me and my teammates and I'm really happy and really honoured to win this.

"The only thing I have to say, I want to say again, thank you. There has been so many amazing players who made a great season but they voted for me.

"I just want to say thank you again and I will push myself harder to be a better player."

It's another individual accolade Mane adds to his collection, having also scooped the prestigious 2019 CAF African Player of the Year crown during 2019-20.

But it's the Premier League, Champions League, FIFA Club World Cup and UEFA Super Cup titles that he's recently lifted which are of greater significance to the 28-year-old.

Mane continued: "In football you always have targets but for me the more important thing is to win the Premier League, Champions League.

"This year has been a little bit complicated – not only for football but for everything in this life. It's part of life and we have to accept and deal with situation and maybe it could be better without this pandemic but this can happen.

"It's part of our jobs, sometimes you can always be high and sometimes you can be a little bit down. But it's always hard work to ask yourself and to give always everything trying to be a better player on the pitch."