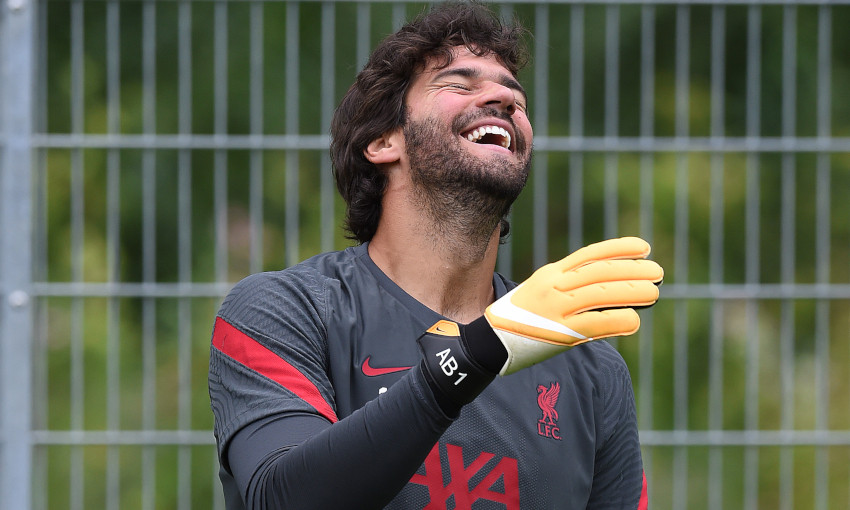 Alisson Becker has detailed why he believes the feeling of being crowned Premier League champions has given Liverpool even greater desire to bring further silverware to Anfield.

The Reds ended a 30-year wait to lift the league title by clinching the crown in 2019-20, adding to the Champions League, UEFA Super Cup and FIFA Club World Cup trophies that had been acquired in the 13 months prior.

Now back with his teammates after a brief summer break, Alisson senses a collective determination among the squad to add to that haul in the coming campaign, insisting Liverpool are as hungry as ever for the game’s top prizes.

The goalkeeper spoke to Liverpoolfc.com at the team’s pre-season base in Austria as the squad continued preparations for 2020-21 on the outskirts of Salzburg. Read on for our exclusive interview...

Alisson, welcome back. How was your summer as a Premier League champion?

Thank you, it is really, really good to be back. I think everybody is happy to be back and in action again. We had a short break, but I could recover my mind and my body, enjoy a little bit of time with my family. We’ve done amazing things in the last two seasons and I am looking forward to what we can do in the next one. I am really thankful to God for what happened so far, but I believe there are many great things to come for us.

Did you allow yourself any time to reflect on the scale of the achievement during your break?

Of course, of course. In the holidays, it is the time you can stop and think about everything – and you can see how everything makes it even more special. Winning the Premier League is really special, but when you look at the 30-year wait for how big this club is, to wait so long, I think everything makes it even more special. The moment we are living now brings us the real sense of life and also we can enjoy a lot with our family and our teammates – who are part of our family. So, yes, it was a really amazing, incredible feeling to win it.

Have you managed to see any of the content on social media, the photos and videos the fans have been posting since the title win?

Yes, I saw a little bit during the holiday. In my whole life, I don’t look too much at the media – I do a lot of media, but I don’t look too much at it! But sometimes you check a little bit to see the news and then you can see some nice things – it is a good side of football that you can feel the love of the supporters because they love the club, they love the city and they love you [as a player] also as you are part of this.

As you say, it is back to work now and all about looking forward…

Really looking forward. In less than two weeks we have the first challenge [against Arsenal]. It will be great to start the season fighting for a trophy. We are here to do our best to prepare for that game – not only for that game, but for the whole season. Everybody is excited for that. We are also looking forward to the future when it is possible have the supporters again in the stadium, but for now we have to wait for that moment. I think when that moment arrives, it will be really special. We are looking forward to being back in action, to playing games and doing what we love, which is playing football. 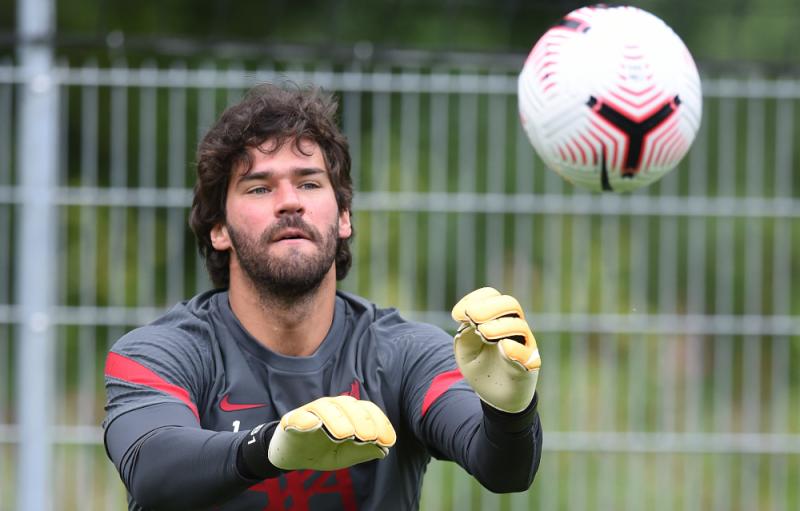 I remember last summer on your first day of pre-season training in Evian, you said to us that the squad were feeling ‘very excited’ having won the Champions League, so how is the squad feeling this summer?

I think every year our strengths are renewing. The great feeling from winning things gives you the desire to win again, everything. We’ve won the Champions League and we will go for that again; we’ve won the Premier League and we will go for that again. We also, of course, won the Super Cup and the Club World Cup, but it is one step after the other. Now we have the preparation, the pre-season, and we have to do our best in this moment.

The manager has said it’s not about defending the title – it’s about attacking the next one. Is that the feeling throughout the squad?

Yes, yes definitely, 100 per cent I agree with him. It was the way we won the title – by attacking it. If you want to defend it, we have to attack it again. We will prepare for that, we will be on our toes when we are back in action.