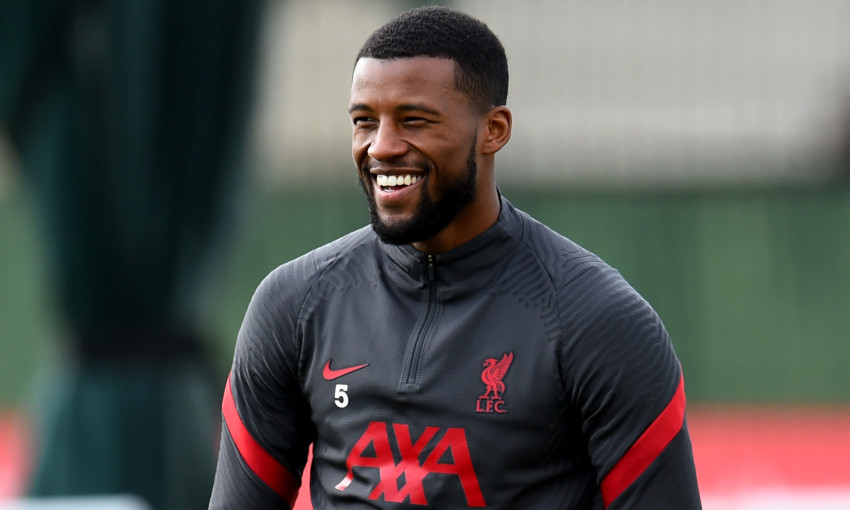 Aston Villa 7-2 Liverpool: As it happened

The Reds have made a 100 per cent winning start to their defence of the Premier League title they clinched in such emphatic fashion last season, with a powerful 3-1 defeat of Arsenal on Monday night their latest victory.

Wijnaldum feels he and his teammates have established an encouraging groove in the early weeks of the campaign but cautioned that further improvement is imperative.

Fortunately, that mentality is shared at Melwood, where, he explains, the players are stepping up the work that yielded 196 points in the previous two years.

“Because the group was together for a long time, everyone knows each other and it’s basically the same as we did in previous seasons,” the Dutchman told Liverpoolfc.com.

“The only thing we did now is, because we turned champions, you just want to give more and win it again. We train hard, like we did before – maybe even harder because we know we can’t do things less because we know how difficult it is to win games and to perform.

“We just do the things we did last season, but we are sharper and more concentrated.”

Sunday’s trip to Aston Villa marks the culmination of the opening stretch of the Premier League season, with international fixtures to follow next week and Liverpool not in action again until October 17.

Jürgen Klopp’s men have not been beaten in 90 minutes in any of their six games in all competitions this term – losing on penalties to Arsenal in both the FA Community Shield and Carabao Cup – and Wijnaldum is pleased with the output so far.

“The kind of football we’ve been playing was quite good,” said the midfielder. “The circumstances we had to deal with were difficult but we still did well, so that also made me proud because we were in a situation where we could find excuses – but we didn’t.

“I hope we can do the same against Aston Villa, so everyone goes with a good feeling to the national team.”

The corresponding fixture of 2019-20 is universally considered a pivotal point in the Reds’ run to ending a 30-year wait for the English championship.

Trailing 1-0 to Dean Smith’s side with four minutes left to play, Liverpool levelled through Andy Robertson and then, in stoppage time, produced a dramatic winner via the head of Sadio Mane.

The ensuing celebrations – and the catalyst formed that afternoon – will live long in the memory. But the difficulty that preceded them has not been forgotten either.

“Last season was really tricky,” reflected Wijnaldum. “We were 1-0 behind and in the second half we scored for 1-1 with Robertson. In the last five minutes, Sadio scored a header.

“But I think everyone who still remembers the game will think back and know how difficult it was to win the game there.

“It might only be different because the supporters are not in, but still, it’s a really difficult team to beat. It’s going to be hard, it’s going to be really hard.

“We just have to make sure we concentrate and give 100 per cent and do the things we did last season and this season, and just try to play our best football.”

This month brings the return of the Champions League and Liverpool’s participation took further shape with Thursday’s group stage draw in Geneva.

The 2018-19 winners were placed in Group D alongside Ajax, Atalanta and FC Midtjylland, with the opening two fixtures to be held before the end of October.

As a former Feyenoord and PSV Eindhoven star, Wijnaldum is naturally relishing a competitive reunion with Ajax in particular.

“Yeah, because it’s a team from Holland; also I know a lot of players who play there, I play with a few players at the national team. It’s a good one to play against them,” said the No.5.

He added: “They deserve the respect with the kind of football they play – I talk about all three teams in the pool. They deserve our respect and we will show them that we have respect by giving 100 per cent and doing our best to win the games.

“That’s absolutely what they deserve, as I just said, for what they showed in the couple of years before and even in the last couple of months.”