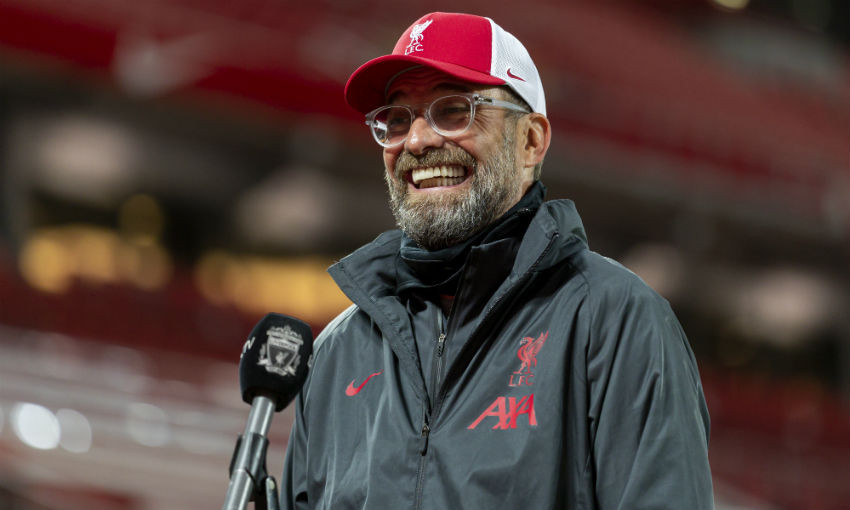 Relive some of Jürgen Klopp's best quotes during his five-year reign at Liverpool FC.

The charismatic German has inspired his players, made journalists laugh and energised supporters with his words in countless interviews and press conferences as Reds boss.

On the anniversary of his arrival at Anfield, take a look at our pick of his standout comments below...

"A message to those Liverpool supporters? We have to change from doubter to believer – now."

"When I sit here in four years I would say we won one title. If not, next time [I will manage] in Switzerland." 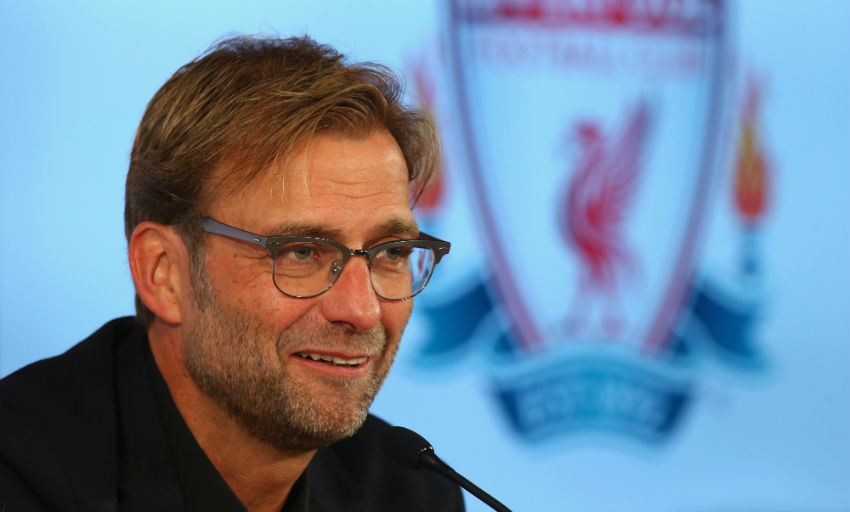 "I ask that you believe in this team and believe that together we can achieve great things.

"The team will go out and battle for you and look to represent you, the club and the city in how we approach our work: this is my commitment."

"I love to be something like a friend of the player, but not their best friend."

"I have a second pair of glasses, but I can't find them. It's hard to find glasses without glasses!"

"The best word I can say to describe this is: Boom!"

"I told the lads about some older Liverpool players who were 3-0 down in a final and won the Champions League, so even when it's not likely you can do it."

On his half-time talk during the Borussia Dortmund Europa League comeback – April 14, 2016 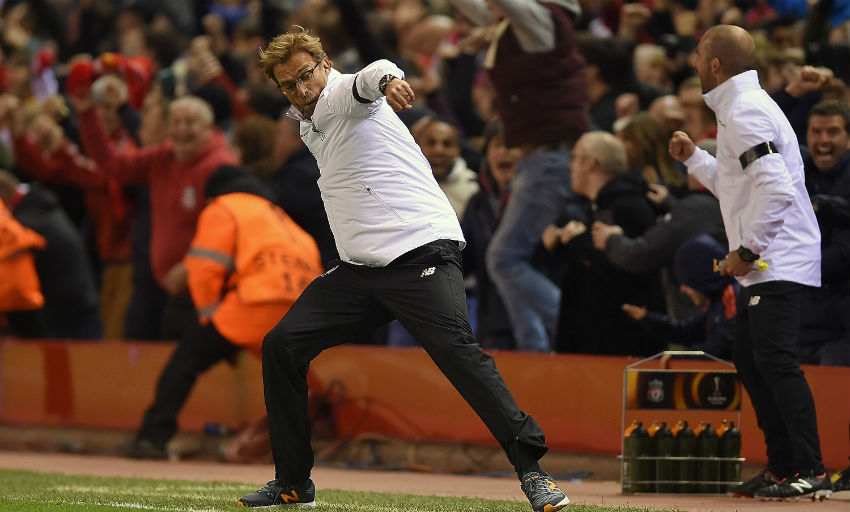 "From my point of view, if somebody wants to celebrate the memories of the Istanbul game, they're very welcome. That's absolutely OK.

"That's how I would say hello to a good old friend. Nobody has to ignore this wonderful moment. I'm fine with this. Do what you feel."

"I've met some Evertonians in the street and they've been friendly. I've had taxi drivers who have been Everton fans. They've been really nice.

"At the beginning I thought, 'OK, maybe they're happy I'm here because they think that means Liverpool won't have any success for the next 20 years!'"

"We will use this experience together. Then someday everybody will say Basel was a very decisive moment for the wonderful future of Liverpool FC."

"I'm not skilled in a lot of parts in life but maybe I'm genius in understanding derbies because I didn't need a second to understand how important this game is.

"I played a lot of derbies in my career and it's this moment when the world around stops for 90 minutes in a specific city or region. That's good because we all know football is not the most important thing in the world, but we love to think that in a few moments it is."

"I think in the last 10 years Liverpool was not part of it too often, three years ago once only maybe. We should try everything to change this, we have to make steps and the step for us to be around the best teams in the world because we are one of the best clubs."

After achieving Champions League qualification – May 21, 2017 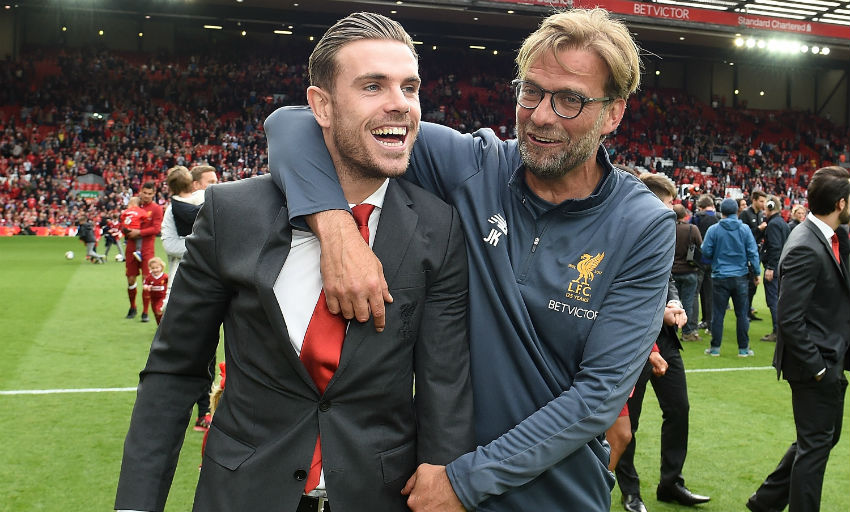 "I told him already we will wait for him like a good wife when her man is in prison."

"If you had Wikipedia or Google and put in 'European nights' the answer must be: Anfield."

"Life is always [about] learning from your experiences, I hope we can show that."

"We are still Rocky Balboa, not Ivan Drago.

"It's not about being the underdog, not one little bit. I don't want to be the underdog. I want to win, and Rocky won."

"The only thing I can do is to put all I have – my knowledge, passion, heart, experience, everything –  I throw it into this club, 100 per cent.

"When we win something, this city will explode – I'm sure –  in a very positive way."

"When I was a player, I played in empty stadiums – they [fans] were not banned, they were only not interested in the football we played!"

"If I knew Alisson was this good, I would have paid double."

After Alisson Becker's injury-time save against Napoli – December 11, 2018 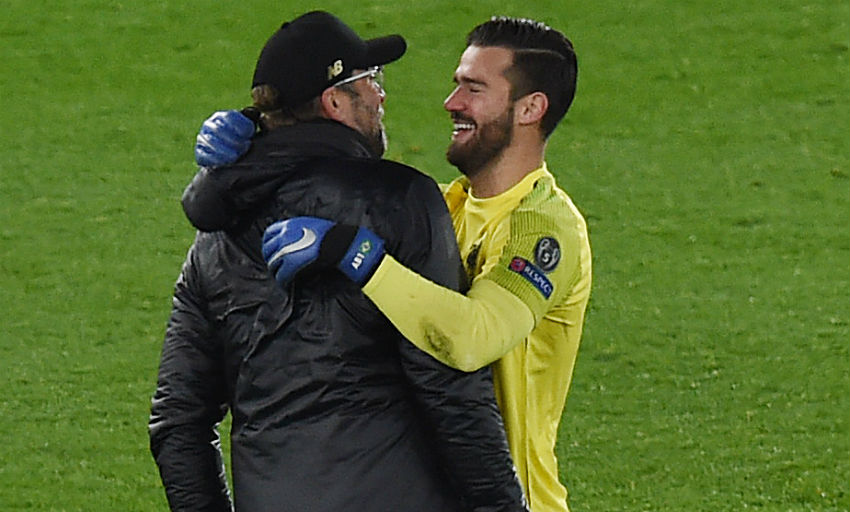 "We know this club is the mix of atmosphere, emotion, desire and football quality. Cut off one and it doesn't work – we know that. I've said it before. If I have to describe this club then it's a big heart and tonight it was obviously like crazy, pounding like crazy. You could hear it and probably feel it all over the world."

After beating Barcelona 4-0 to reach the Champions League final – May 7, 2019

"We will go again... This team is one of the best that ever played for Liverpool, 100 per cent."

"I cannot really describe it because I cried a little bit as well because it's so overwhelming what the people are doing.

"When you have a direct eye contact and you see how much it means to them, that's touching, to be honest. It's brilliant."

During the parade through the city after winning the Champions League – June 2, 2019 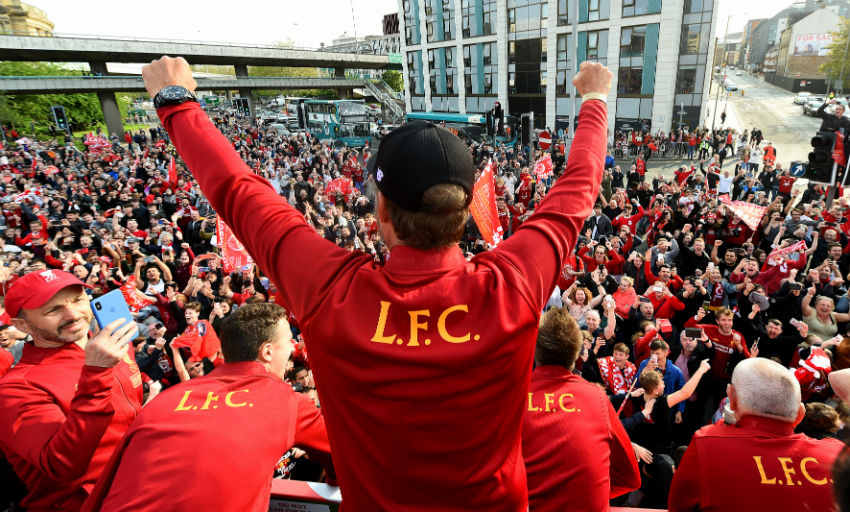 "No manager can do miracles and I didn't do miracles. I just relied on a fantastic team.

"Pep [Lijnders], what you did last year, outstanding. Pete [Krawietz], incredible, you must have [unbelievable] eyes because you watch some football games the whole day. John [Achterberg] and Jack [Robinson], Ali and now Adrian, incredible.

"Korny [Andreas Kornmayer], Mona [Nemmer], all the kitchen team, Carol, Caroline, Kevin, Martin, without you it's nothing.

"It's an award for all of us and I will show you the thing – it's really heavy but I bring it anyway to Melwood!"

Ahead of a meeting with Manchester City at Anfield – November 8, 2019

"I heard from my agent that Liverpool is interested and I felt immediately, 'Oh God', it's like when I met my wife – I saw her and thought OK, I marry her and it was like that with the club. It felt right from the first moment."

"Of course, we don't want to play in front of an empty stadium and we don't want games or competitions suspended, but if doing so helps one individual stay healthy – just one – we do it no questions asked."

"We created our own story and history and didn't try to do what our wonderful dads and grandfathers did with this club."

The day after being confirmed as Premier League champions – June 26, 2020

"The dream is to have a team full of 'Scousers'. What we want to be is the sport for everybody with a Scouse soul."

"I was never on the Kop before, it was pretty special and I think it makes sense in the moment when the people are not in that we use the Kop to celebrate it with them together in our hearts." 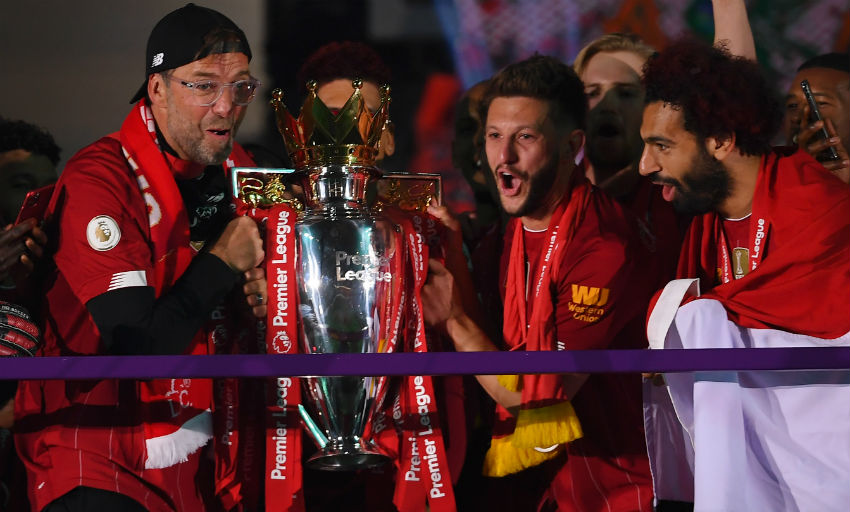