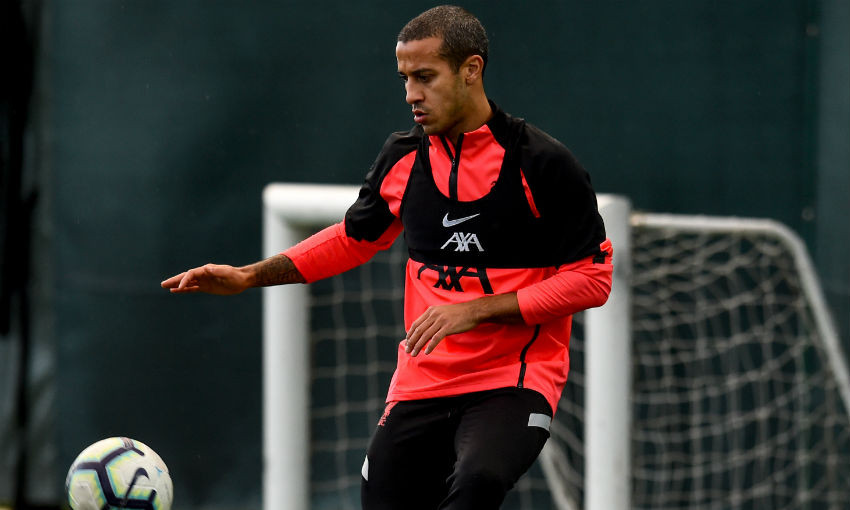 The midfielder remains sidelined with the injury he sustained in last month's Merseyside derby, but is edging closer to a return.

The boss also provided an update on the recoveries of Fabinho and Alex Oxlade-Chamberlain.

Speaking to Liverpoolfc.com on Friday afternoon, Klopp said: "Doing well, that's how it is with the boys.

"Especially Oxlade, it takes time but looks really good, but takes time – everybody knows that.

"And with Thiago, that's how it is. It's an injury but doesn't need a surgery, all these kind of things but still takes time.

"The challenge that day was a harsh one and directly against the leg, so still adapting but improving. It will not be too long anymore but for this game I don't think he will be in."

Joel Matip, Naby Keita and Kostas Tsimikas all returned to the matchday squad for the midweek win over Atalanta BC.

Diogo Jota took a slight knock in the Champions League fixture, but has since been training fully with the team.

On the returning trio, Klopp added: "They are all in training, so that's really good.

"Nobody mentioned Diogo to me. Yesterday was second-day recovery, he was involved. So that looked fine."