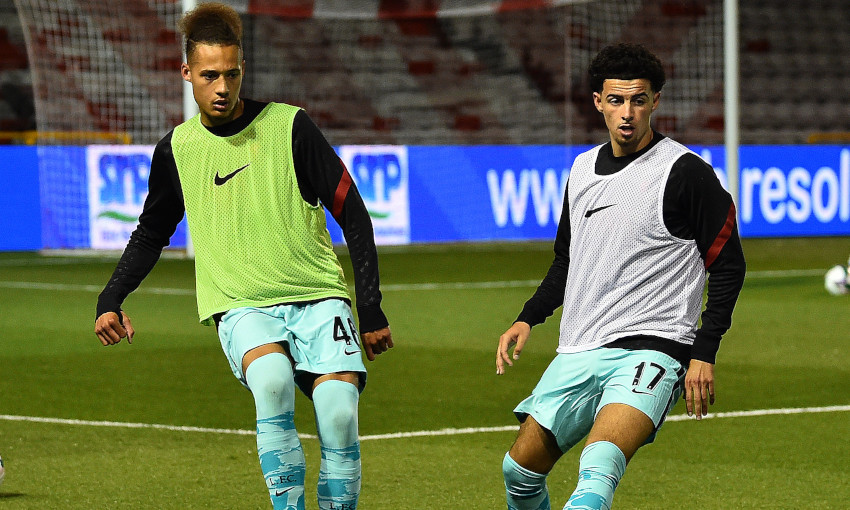 Jürgen Klopp believes Rhys Williams and Curtis Jones experienced a night ‘better than in their dreams’ against Atalanta BC in midweek and lifted the lid on a pre-match conversation he held with the pair.

The Academy graduates first linked up with each other at the age of eight at Liverpool’s youth complex, rising through the ranks together.

Now both 19, the duo started – and indeed starred in – Tuesday’s resounding 5-0 win away to Atalanta in Champions League Group D.

“I asked Curtis and Rhys before the game against Atalanta whether when they were younger and played together, if they’d ever dreamt of situations like that,” Klopp revealed to Liverpoolfc.com

“This night was even better than their dreams, so that was really nice. Now, let’s carry on with that." 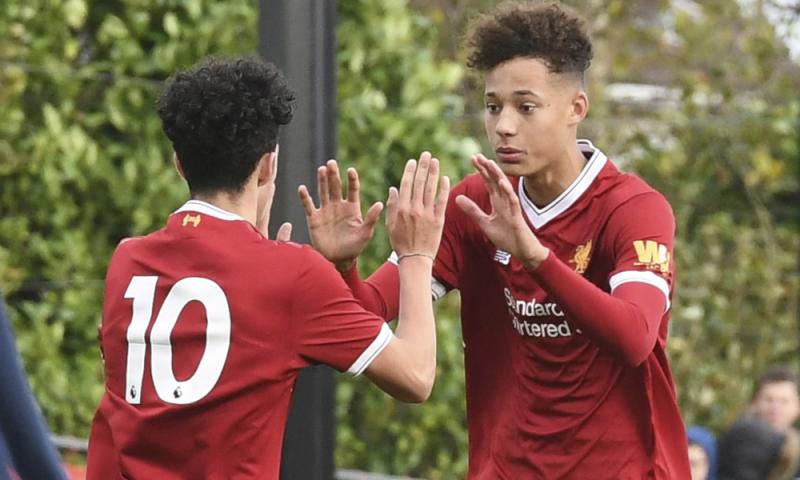 For Williams, it was his first European start for Liverpool and only his fifth senior appearance.

In the absence of Virgil van Dijk and Fabinho, and with Joel Matip working his way back to fitness and named on the bench, the centre-back delivered an assured performance alongside Joe Gomez at Gewiss Stadium.

And Klopp explained how elite development coach Vitor Matos had been influential in bringing Williams into position to be considered to begin such a fixture, along with the work of the staff at the Academy.

The manager said: “Vitor is incredibly important [because] Rhys is Vitor’s ‘baby’, if you like – a really big baby! When we had the problem with the centre-halves coming up and all these kind of things, we had Billy the kid in, a sensational talent but then he got injured.

“Then there was a COVID situation, not with himself but he had to isolate so for two or three weeks he was out and then we were really short in the position.

“In that moment, Vitor came, ‘Yes, Rhys Williams. A big talent, he looks really promising and we should take him for training’ – and from the first moment he impressed.

“Before that, I hadn’t heard much about Rhys, to be honest, and so that’s what I call a big impact because it has helped us massively. He is a good kid on top of that, a proper Scouser.”

What A Night! Full Champions League Debut, 5-0 Away Win And A Clean Sheet. Great Team Performance From Everyone💪🏾🔴… https://t.co/W1dyf5s6Vj

In the case of Jones, the midfielder’s rapid ascent in 2020 continued with a fine display in midfield in Italy, where he notched a consecutive first-team start having been selected to face West Ham United last Saturday.

Indeed, the No.17 also claimed an assist with a perfectly-weighted pass from inside his own area that enabled Mohamed Salah to run clear and curl in Liverpool’s third goal against Atalanta.

“The last two games were really good, a big step for him,” Klopp assessed. “They were not like the games before when he came in and things like this, against a tired opponent.

“Curtis, everybody knows what we think about him and what a talent he is. Making these steps in games is very, very important – and the game on Tuesday was a really important one for him.

“It could have been a really difficult one for a midfielder being man-marked and you need to get used to these kind of challenges. It is something he likes a lot.

“We are really happy about the moment, but he is a young boy with a lot to learn, there is a lot to come from him, 100 per cent. We are completely fine with the moment and hopefully he can make further steps together.” 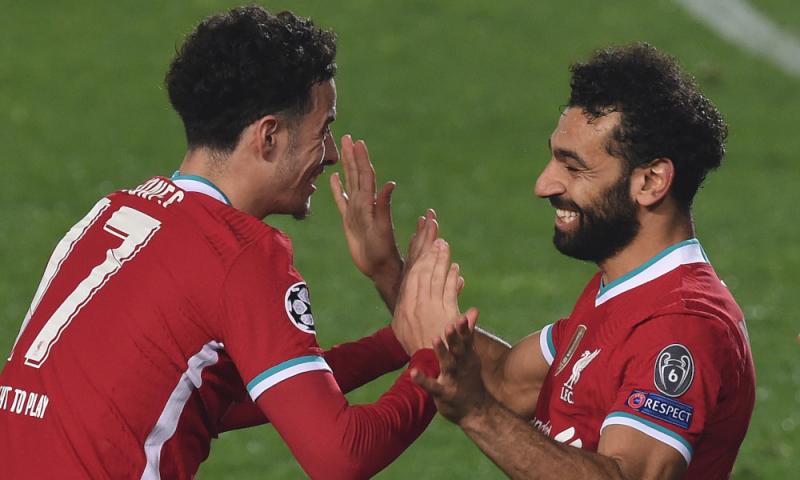 Liverpool fielded a third burgeoning youngster in Bergamo, with Neco Williams entering the action as an 81st-minute substitute for Trent Alexander-Arnold, who, of course, is another graduate of the Reds’ Academy set-up.

Jake Cain, meanwhile, was named on the bench.

“When Neco came on, he looked ready and it’s really important for us,” Klopp added. “In this age group, it is all about ups but dealing with the downs as well. In this age group, you have more physical downs than when you are 22, 23 or 24. It is a massive difference, but your body gets used to it – but you cannot be used to it that early.

“Neco looks really sharp and in a good shape and that helps. It’s good.

“There are more; Jake Cain is with us in training, another Scouser, nice, left-footed, properly skilled boy. For sure, I forget boys but Leighton Clarkson [is with us too].

“We will move to Kirkby next week and that will create an even better relationship [with the Academy].”