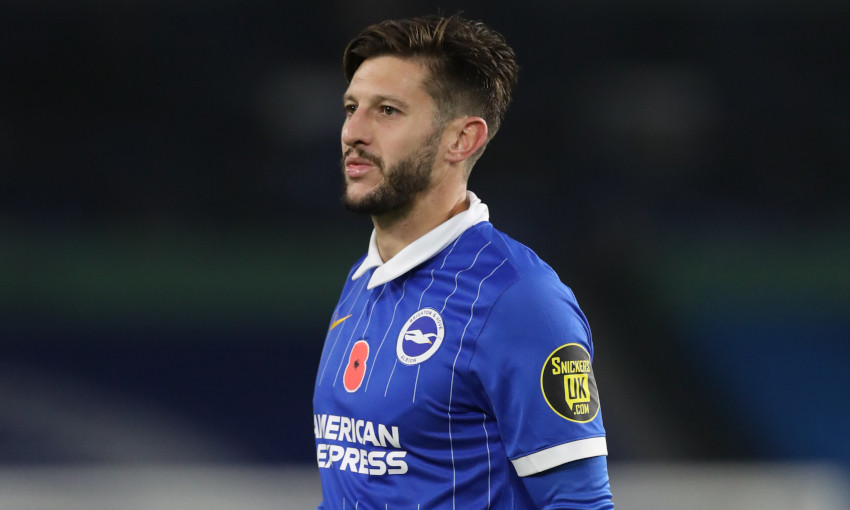 Brighton 1-1 Liverpool: How it happened

Jürgen Klopp explained why the clash with Brighton & Hove Albion will not feel quite like a reunion with Adam Lallana as he previewed Saturday's Premier League game.

Lallana moved to the Seagulls in the summer after six seasons with the Reds in which he played 178 games, scored 22 goals and helped the club lift the Champions League and Premier League.

Asked about meeting up with the midfielder again this weekend, Klopp detailed the close connection Lallana has maintained with his former teammates since departing.

But the Liverpool boss also insisted that ‘friendship for life’ has been placed on hold this week and will be for the duration of the encounter at the Amex Stadium.

Asked about his respect for the Englishman during his pre-match press conference, Klopp said: “Thank God I said that all already when he left and we still miss him.

“But it’s not easy to miss Adam Lallana because pretty much everybody here in the club still has contact with him! Not this week so much. Because he’s just a friend for life for all of us.

“We are obviously not 100 per cent sure, we don’t know it, if he can play because he didn’t tell anybody. Last week he had to leave the pitch with a groin issue, if I’m right.

“I would expect him to be on the pitch tomorrow, to be honest. And then for 90 minutes, I know Adam well enough – we will put all the friendship a little bit aside and then after the game we will be friends again. That’s the nice thing with friends.”

Read more from Klopp’s media briefing, on the challenge of facing Brighton and the Premier League standings, below…

Brighton might be a good example, how good they are, but even in the other games when the results were not that good, it’s pretty special with Brighton. We have analysis meetings obviously a lot and I have analysts who are really honest in that, so if they think the opponent is a tough one to play, they tell me in the first second of the meeting. We see all the results they had in the last six, seven, eight games and we say: ‘OK, the results don’t look like but they are in a really good moment.’ They play just good football. You could see that since they worked together now, they have always possession, a lot of possession in the game, a football-playing side with a clear idea, adapt sometimes a little bit system-wise but most of the time play the same system and stick to that and do that really well. Yes, they didn’t score so far maybe often enough to get the results out of it but we cannot go there and expect they will not finish their situations off, of course not. We have to make sure we are ready for a lot of necessary defensive work because they make the pitch big. The Brighton pitch is anyway big and they try to use all of it and then it’s just hard work. That’s what we have to be ready for – we were always so far, and we have to be again.

Thank you, Graham! Diogo obviously settled in nicely, that’s true. Very important for us – very, very important for us – because we cannot play our usual front three all of the time or for the full season. It was difficult to improve us there but Diogo looks like he can do that and that is massively helpful. So, I’m really happy about that.

First and foremost, that speaks for a lot of quality of the Premier League, a lot of quality in the squad of these teams, good managers and just good work on the training ground. They all played so far a really, really good season, and other teams as well. I’m not surprised Tottenham are where they are, I’m not surprised Chelsea are where they are, Southampton look really, really, really good. And Leicester we played only a few days ago, we know how good they are. It’s a sign that it’s that close together this year, for sure, because it’s a very, very difficult but interesting season for everybody. There are a lot of chances out there for different teams, it’s nothing to do with what you achieved last year or the year before. You just have to be in the here and now and be ready for that, because it’s really tough for all of us but, how I said, I’m not surprised [about the teams near the top currently].