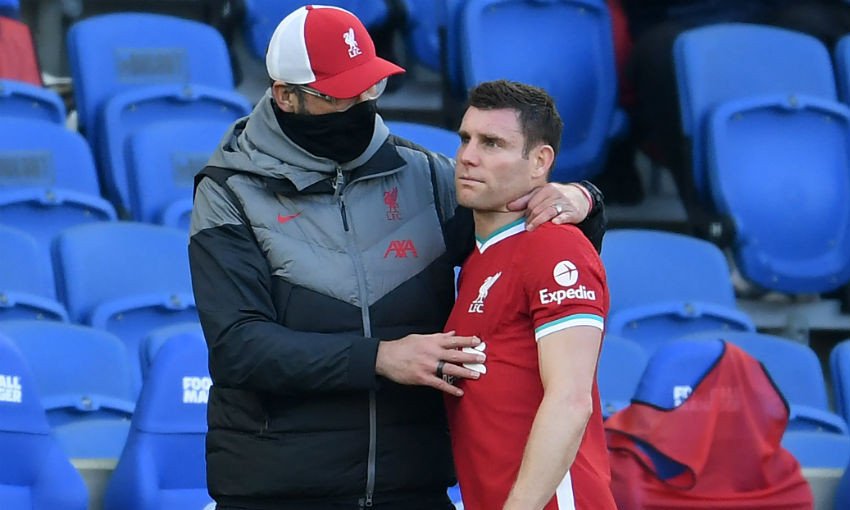 Vote now: Who was Liverpool's Men's Player of the Month?

The vice-captain was forced from the field after 74 minutes at the Amex Stadium and replaced by Curtis Jones.

Speaking to BT Sport post-match, Jürgen Klopp confirmed Milner was unable to continue due to an issue with his hamstring.