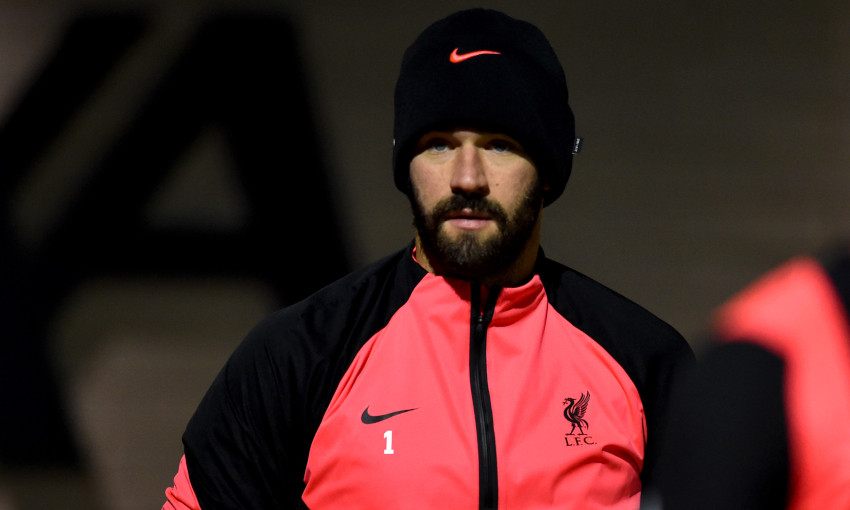 Fulham 1-1 Liverpool: As it happened at Craven Cottage

Alisson Becker and Alex Oxlade-Chamberlain could return to Liverpool’s squad for Sunday’s meeting with Fulham, while Diogo Jota and Kostas Tsimikas will be assessed ahead of the trip to Craven Cottage.

Speaking during his pre-match press conference, Jürgen Klopp also confirmed that the champions will be without Thiago Alcantara, James Milner and Xherdan Shaqiri this weekend.

Alisson, who has missed the Reds’ last three matches due to a hamstring problem, is set to resume full training on Friday.

“Ali will train today, that’s what I’ve heard. I came in and came directly to the press [conference] so all the meetings are after that and yes, Ali will train and if he trains and all fine, then he can play,” said the boss.

Oxlade-Chamberlain is already taking full part in team sessions and could therefore come into contention for his first appearance of 2020-21 following the knee injury he sustained during pre-season.

However, Jota and Tsimikas need to be monitored after picking up knocks against FC Midtjylland in midweek, and Thiago, Milner and Shaqiri remain sidelined.

“We had a game two days ago and after the game we obviously had some niggles I would say, but [they] can be more, we have to see. The diagnoses are not finally done,” began Klopp’s general fitness update.

“Kostas we have to see, Diogo we have to see - he got a knock as well. That’s it from the game, I think. Apart from that, Oxlade is in normal training. He has been doing parts of training now for a week or so, he is now in full training and we will see.

“So the situation probably demands to involve him as soon as possible, but I don’t know if the weekend is that already. Nobody else is coming back, I’m afraid.”