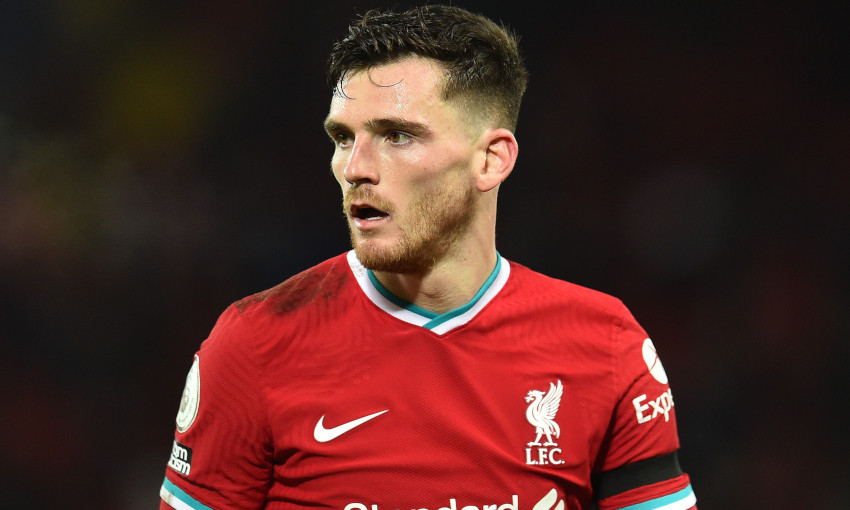 Andy Robertson relished the nature of Liverpool's last-minute win over Tottenham Hotspur but stressed it will only be valuable if they now build on it.

As a pulsating encounter between the Premier League’s top two approached stoppage time, Robertson’s left-wing corner was emphatically headed past Hugo Lloris by Roberto Firmino to claim the points – and first place in the table – for the Reds.

It was a thrilling conclusion to a clash that had seen Mohamed Salah and Son Heung-Min trade goals in the opening 45, before Steven Bergwijn and Sadio Mane then each struck the woodwork at Anfield.

Firmino’s late intervention prompted significant celebrations by the home team, though Robertson underscored the need to use the 2-1 result as a catalyst.

“When you play against a big team, obviously top of the league – they were first going into this game – scoring a last-minute winner is big. All the lads felt it,” the left-back told Liverpoolfc.com.

“But it’s only big if you use it in the right way and you try to kick on from it. We’re top of the league for tonight but there’s still a long, long way to go.

“But it’s a big win against a really, really good team. We created good chances, we dominated the ball first half; the second half was a bit more even.

“We’ve beaten a good team tonight and it’s always nice when you do that. But they’ll be there, they’ll come back again and we need to be at our best every game to stay top now because there’s a lot of teams trying to catch us, it’s a lot closer race this year and it will go the whole way.

“We just need to keep doing what we’re doing, focus on us and keep picking up three points as much as we can.”

Robertson added: “I’m so happy for Bobby scoring the goal, you see how much it meant to him.

“We’ve not scored many late goals this season, it has been a trademark of ours last season and the season before, but it’s so good to score last-minute winners, especially against a really good team like Tottenham.”

For the second successive Anfield fixture, a crowd of 2,000 supporters were permitted to attend Wednesday’s game, with the majority situated on the Kop.

Just as they did during the preceding 4-0 win against Wolverhampton Wanderers, the home fans created an atmosphere and noise level much greater than their number.

And their backing was a welcome boost for the players as they kept pushing for a decisive moment to defeat Spurs, explained Robertson.

“It would have been a lot nicer if it was at the Kop end – obviously Tottenham had switched it round, which is fair enough. But Bobby certainly made a dart for it anyway, he was nearly halfway there,” the No.26 said in reference to the winning goal.

“We need them over the course of the season now, as long as they’re allowed in, and hopefully it gets more and we have more people in here. We need them, we’ve always needed our fans, we’ve always been a family that needs everyone pushing in the right direction. We’ve missed them and I’m sure they’ve missed us.

“Tonight they were fantastic. Hopefully we’ll see them again on the 27th and hopefully we can give them a nice Christmas present.”