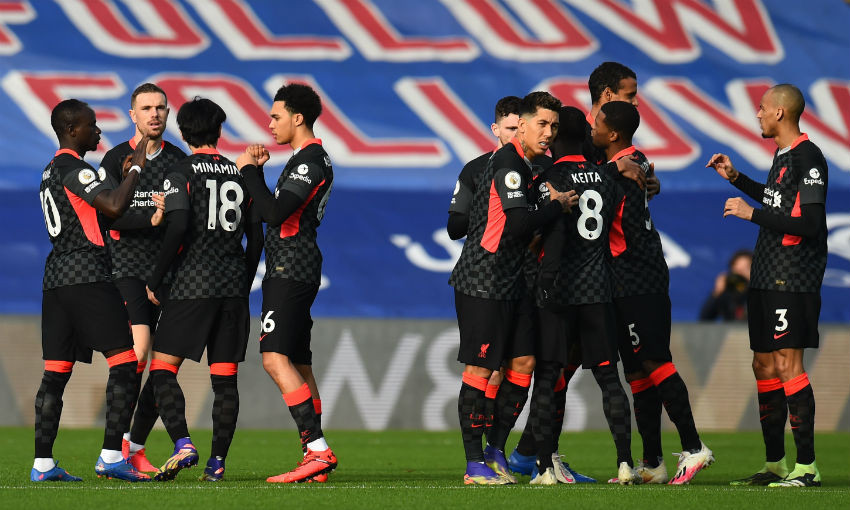 A consummate away performance saw Liverpool run out 7-0 winners over Crystal Palace at Selhurst Park.

Takumi Minamino’s first Premier League goal, which arrived in the third minute, set the champions on their way to a resounding victory that was characterised by ruthless finishing.

Sadio Mane’s blistering 35th-minute strike doubled the advantage, before Roberto Firmino rounded off a masterly counter-attack on the stroke of half-time.

A stunning first-time hit from Jordan Henderson made it four in the early stages of a second period dominated by the Reds, who went on to add more goals via an exquisite Firmino dink and Mohamed Salah’s late brace, which featured a predatory header and a breath-taking curler from 20 yards.

Joel Matip returned to the champions’ starting XI as one of three changes made by Klopp.

Naby Keita, making his 50th Premier League appearance for the club, and Minamino also came in, with Rhys Williams, Curtis Jones and Salah named on the bench.

Alex Oxlade-Chamberlain was also among the substitutes and featured for the first time this season when replacing Firmino with 17 minutes remaining.

Klopp spoke of the importance of fast starts pre-match and his team certainly delivered on that front.

Only 125 seconds had elapsed when Mane – deployed on the right of Liverpool’s front three – unselfishly teed up Minamino, who bought space in a crowded penalty area with a couple of calm touches prior to burying an unerring low finish.

Palace reacted well to their early deficit and Jordan Ayew wasted a clear opening midway through the half when he beat Fabinho to the ball down the inside-right channel but played his subsequent cut-back behind Wilfried Zaha.

But a moment of class from Mane would extend the Reds’ lead.

The No.10 swivelled while collecting Firmino’s pass and blasted an unstoppable drive into the bottom corner to register for the seventh consecutive top-flight match against the Eagles.

And there was still time for Liverpool to add another before the break through a trademark, sweeping counter.

Firmino played his part in the build-up by spreading the ball to Robertson, who duly returned the favour with a fine pass that the Brazilian killed with his first touch before rolling a cool finish past Vicente Guaita. 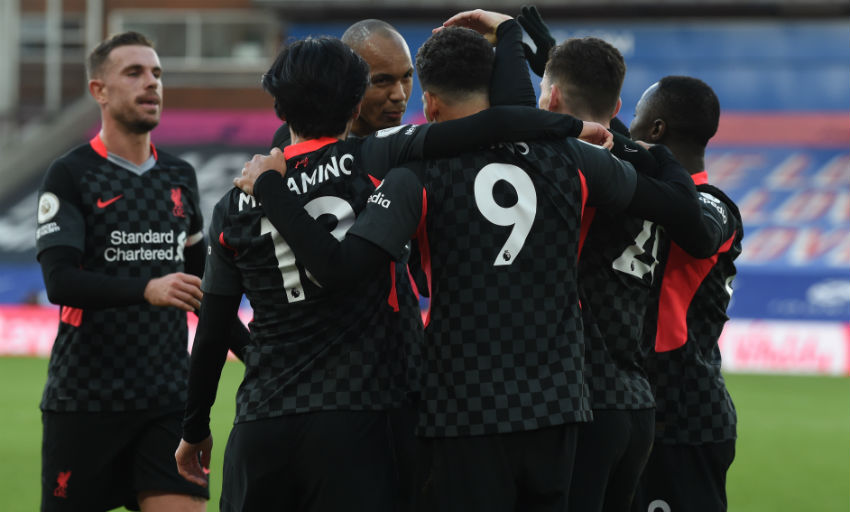 Liverpool simply picked up where they left off immediately after the restart and had notched their fourth by the 52nd minute.

Keita picked out Trent Alexander-Arnold and the right-back eased a cushioned lay-off into the path of the onrushing Henderson, who guided a precise 20-yard effort into the far top corner.

It was quickly five.

Salah, on in place of Mane, ran on to Alexander-Arnold’s pass from deep and weighted the ball into Firmino’s path. The No.9’s first touch took him to an acute angle but that mattered little, as he produced a delicate, delightful clipped finish from his left boot.

That was Firmino’s final contribution of note as Klopp summoned Oxlade-Chamberlain for his first appearance of 2020-21, but Liverpool – and Salah – were far from done.

An instinctive header from the Egyptian made it six, before he curled a wonderful strike into the top corner to take his tally to 13 goals in 13 Premier League outings this term.

7 - Liverpool registered an away top-flight win by a margin of seven goals for the first time in their history, whi… https://t.co/M8fbuHmuq6