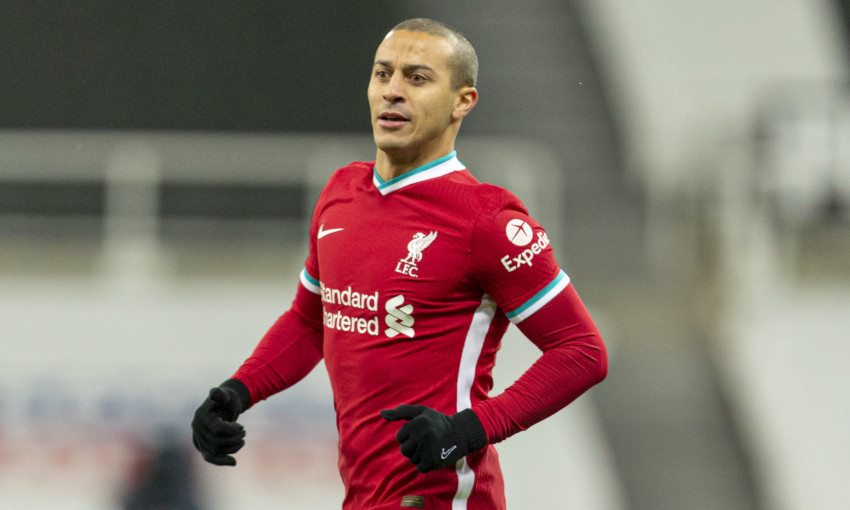 Vote: Who was Liverpool's men's Player of the Month in December?

Jürgen Klopp expects to have an unchanged squad available to choose from for Monday's Premier League clash with Southampton.

Speaking after the midweek draw at Newcastle United, the Liverpool manager reported no fresh injury concerns from the goalless stalemate.

The Reds were, in fact, boosted by the returns to match action of James Milner, Thiago Alcantara and Xherdan Shaqiri at St. James’ Park following their spells on the sidelines.

Milner started against the Magpies before being replaced by Thiago on 73 minutes – the Spain international’s first appearance since October 17 – and Shaqiri was a stoppage-time substitute.

“I think of the 20 minutes, 12 round about were brilliant and then he felt the intensity, but that’s normal,” Klopp said of Thiago’s outing. “He trained exactly twice with the team. There is still some physical work to do, still some rhythm to get.

“Shaq is back and that’s, by the way, the best news – the boys are back and, as far as I know in the moment, nobody got injured, which is a very important thing.

“That means we can probably go with the same squad to Southampton.”

The champions will continue to be without centre-back Joel Matip for the trip to St Mary’s. He has been ruled out for around three weeks with an adductor issue.

For Saints, meanwhile, goalkeeper Alex McCarthy will miss the game after returning a positive COVID-19 test, but boss Ralph Hasenhuttl is confident former Liverpool forward Danny Ings will be fit and ready to face his old club.

The striker was involved for the entirety of their 0-0 against West Ham United last time out, having missed the previous match with a hamstring injury.

“Yes, I have not heard anything different so far – I think he is OK,” said Hasenhuttl.

“After his injury it’s normal that he is not in the 100 per cent rhythm, but it’s important that he stays fit now and has enough time now to recover for the next game against his former club Liverpool.

“I’m happy to have him back and we must definitely have more punch up front to score goals in the future. But this will come, I’m sure.”